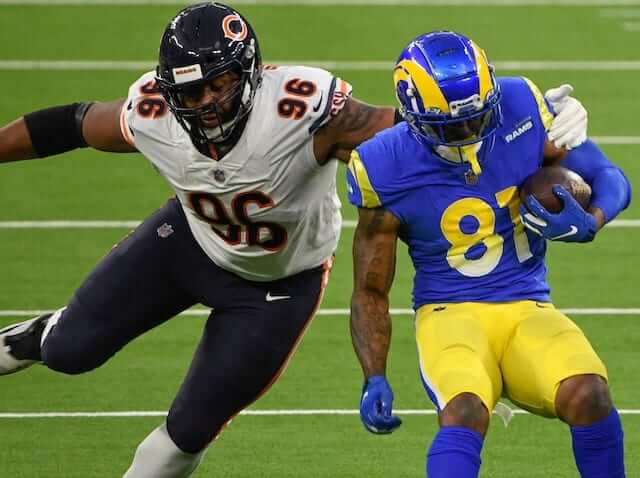 The Los Angeles Rams are doing what they can in order to avoid too much turnover once the new league year starts on March 17, but according to a recent NFL.com article, a trio of their free agents are expected to do well this offseason.

The Rams started the offseason with 17 players set to hit the market as free agents. Although they managed to tender linebacker Travin Howard & offensive lineman Coleman Shelton as exclusive rights free agents, this still leaves them with a handful of question marks on the roster.

Among the notable names to test free agency include safety John Johnson III, tight end Gerald Everett and cornerback Troy Hill. While L.A. will do what they can to have them stick around, it appears they will be getting plenty of attention once they are made available on the market.

Johnson emerged as quite a steal after being taken in the third round of the 2017 NFL Draft by establishing an immediate role for himself in this defense. Unfortunately, the Rams’ track record indicates that they are hesitant to pay big money to defensive backs outside of Jalen Ramsey.

Johnson would have been a prime candidate to be franchise tagged, which would have paid him $11.2 million for the 2021 NFL season. The Rams opted not to do that though, so he is officially a free agent.

Hill is the longest-tenured member of the secondary and his development through the years led to him taking over the starting job opposite of Ramsey. Despite his streaky play, he established himself as a bonafide playmaker after finishing the 2020 campaign with 77 tackles, three interceptions, 10 pass breakups, and three touchdowns.

The top-ranked defense served as the team’s backbone en route to their appearance in the NFL divisional round. It is safe to say that general manager Les Snead will do what he can to ensure that this group is poised to maintain its level of success.

Everett’s name had been floated in trade rumors last offseason with his rookie contract set to expire. Nothing ever came to fruition, however, and it appears it was not due to a lack of interest.

Everett’s skill set as a viable option in the passing game certainly makes him an intriguing addition. Meanwhile, the Rams are loaded at tight end with Tyler Higbee, Johnny Mundt and Brycen Hopkins in the mix.

Fury vs Wilder undercard: Edgar Berlanga hits the canvas but gets the win

Cornflake: I Will Beat Lara Twice Then Move on To Bigger Things!

Claressa Shields speaks in-depth about MMA training, why she would never fight on a Jake Paul Undercard, and why MMA fans are more loyal to fighters