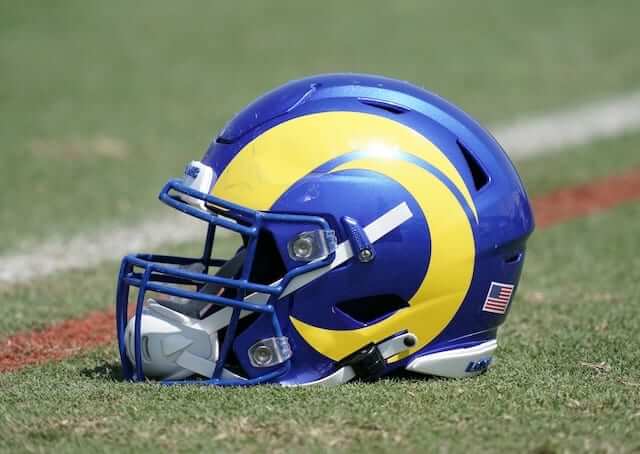 The Los Angeles Rams have bucked the traditional NFL-style team-building philosophy as they have been happy to trade first-round picks in exchange for established talent.

General manager Les Snead has not been afraid to part with high draft picks to chase after players who can help in the present and that has resulted in three playoff berths in the last four seasons. Snead has pulled off trades for players like Sammy Watkins, Brandin Cooks and Jalen Ramsey, but his most audacious one came when he sent Jared Goff to the Detroit Lions in exchange for Matthew Stafford.

In the move, the Rams sent two first-round picks and an additional third-round pick, further depleting their draft capital. However, the deal only cemented the idea that the front office is confident in its ability to identify and develop talent in the latter parts of the NFL Draft and supplement its roster on the margins.

Los Angeles has also been content with allowing free agents to walk and receive compensatory picks in return. The NFL recently released its list of compensatory picks and the Rams got back some much-needed picks, via Tom Pelissero of NFL Network:

Getting two picks on Day 2 of the draft should help Snead bolster the team but it will be interesting to see what they do with those picks as well as their second-rounder. The Rams have needs along the offensive line as well as at linebacker.

‘I wish Rafael Nadal all the best, but it will be tough for him..’ says beaten rival