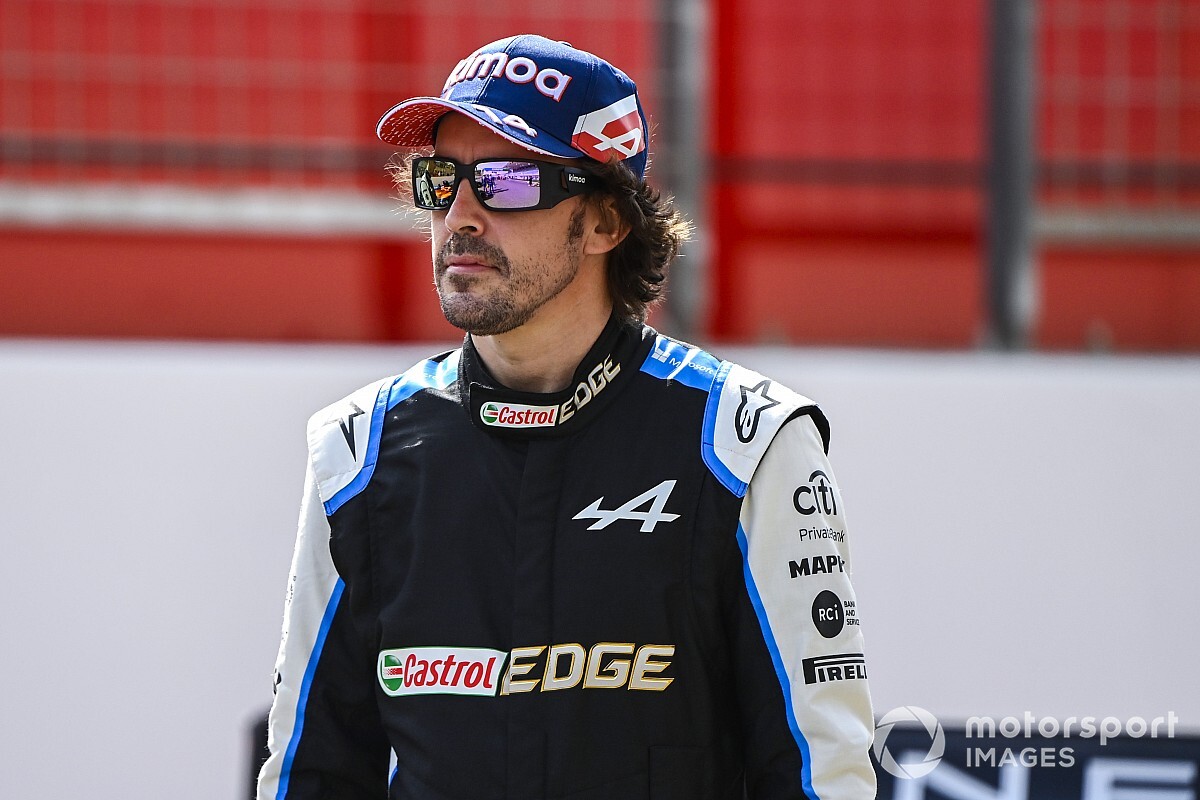 The Spaniard sustained the injury after being involved in a crash with a car while pre-season training near Lugano in Switzerland last month.

Having undergone a jaw operation at the time to repair the damage, Alonso revealed on the first day of pre-season testing that he will need a further visit to hospital after the end of the 2021 campaign.

“I don’t expect any issues honestly,” said Alonso, when asked about how his preparations for the campaign had been impacted by the crash. “I’ve been training for I think three weeks or two weeks, absolutely normal and I’ve been in the simulator as well, Monday and Tuesday, so you know the preparations were not affected too much.

“I missed only a couple of marketing days and filming days which I was happy with in a way. And then, I recorded everything yesterday afternoon, so I had a very intense day on marketing activities. But yeah I feel fine, obviously.

“One thing is the professional side and driving side, which is 100%. On the personal side, obviously I will have to remove two titanium plates that I have on the upper jaw, that will be removed at the end of the season.

“So, there is still something going on after the championship finishes but, as I said, they will not affect my professional life.”

Alonso will get his first taste of Alpine’s new A521 in Bahrain on Saturday, as he embarks on an F1 comeback after two years away.

And while he knows how much effort is needed to get back up to speed in F1, he is relishing the chance to show what he can do.

“I don’t fear any particular challenge,” he said. “But how the midfield is right now, it is very competitive, so it’s something that we are aware of, that we need to maximise and we need to make perfection every weekend if we want to score good points.”

Petrucci: Maybe I wouldn’t have retired if I had that bike

Andreas Seidl on McLaren Overtaking Alpine: We’re “back in the game!”

Petr Yan says Aljamain Sterling is avoiding rematch: ‘I feel like he doesn’t want to fight me again’

First USGA title in her 50s and mental toughness

‘I have always looked up to Rafael Nadal for his…’, says expert

Nadia Podoroska explains why she has decided to skip Australian Open