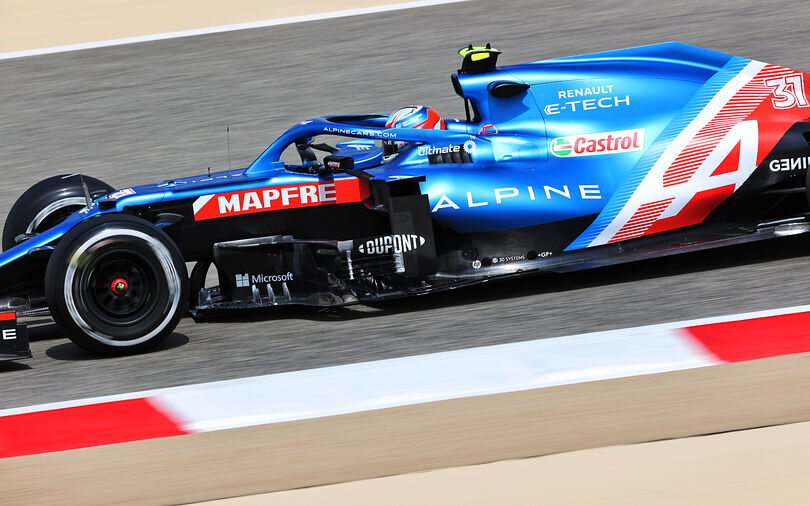 Formula One pre-season winter testing has kicked off this morning at Bahrain’s Sakhir International Circuit with all teams ready to give their new cars their first proper mileage.

Kimi Raikkonen was the first man to hit the track in his new Alfa Romeo C41, soon followed by Sebastian Vettel and nearly every other team’s car out there. Charles Leclerc became the first man to set a somewhat representative time 6 minutes later, recording a 1:37.481s.

As is common with early runs at a dusty track, several drivers struggled here and there with their cars. Roy Nissany, the Williams test driver debuting the Williams FW43B got the braking wrong at Turn 1 on his very first run. And then, even before hitting the hour mark, Verstappen makes a spin, becoming the first one to do so this season.

Meanwhile, Mercedes were already stuck in the garage after a mere 3 laps out on track. The team suffered a gearbox problem and were left decomposing the car’s rear to resolve the issue. “We have a gearshift problem and are swapping the gearbox to get back out on the track, then we will diagnose the problem with the original box.”, commented the team.

And as Mercedes were putting their engineers to work, Ferrari ended up being the most active team in the first hour, completing 21 laps. The Mercedes was not to be seen again on track until just 40 minutes left in the morning session. Bottas then completed another 3 laps to end the morning with just 6 laps done.

Apart from Mercedes’s problems, the session was relatively incident-free. Only with 10 minutes left on the clock, Ferrari’s Charles Leclerc came to a halt and caused a red flag for an apparent mechanical failure at Turn 4.

Before that, Aston Martin’s Sebastian Vettel caused a yellow flag by stopped at the end of the pitlane about halfway through the session.

At Haas they experienced similar issues to Mercedes as a gearbox problem forced them to stop Mick Schumacher from further running after just 15 laps. They too had to replace the gearbox.

Pierre Gasly though had the most productive morning, lapping 74 times around Sakhir International Circuit in his AlphaTauri AT02.

Testing continues at 15:00 local time for another 4 hours of running. The expected sandstorms for the afternoon session are however likely to disrupt consistent running.

Anthony Edwards Working On Taking ‘That Leap This Year’