Montpellier president Laurent Nicollin is hoping to persuade striker Andy Delort to remain at the club by promoting him to captain next season.

Delort, 29, was heavily linked with a move away from Stade de la Mosson in January. Premier League duo Wolves and Newcastle United were both mentioned as possible suitors during the winter window.

The Molineux outfit came closest to landing their target and tabled a bid for the Algeria international. However, no deal materialised and they opted to sign Willian Jose on loan from Real Sociedad.

Newcastle boss Steve Bruce was also keen but the former Ajaccio man remained at the Ligue 1 outfit. La Paillade managed to hold onto their star but there are expected to be bids during the summer.

He was not the only Montpellier player under scrutiny with Gaetan Laborde also linked to Premier League clubs. The southern French outfit fear they may lose one or both of the players in the off-season.

But Nicollin is a big fan of the former Toulouse man and will try anything to help keep him at the club.

“I really appreciate him, he is, for me, the leader of the group. If one day he is no longer here, we will lose a lot,” he told Midi Libre. “I hope that he will be well in his head, that he will still give many years to me. May he be my captain of La Paillade next year.”

Delort does have experience of English football, having joined Wigan Athletic for the 2014-2015 campaign. He failed to settle at the DW Stadium and did not score in 11 Championship appearances.

However, the French-born ace appears to have found his feet once again. He has bagged 32 league goals since joining Montpellier in the summer of 2018.

Having struggled in England once before, it is perhaps strange that Premier League clubs are targeting Delort.

After leaving Wigan, he said: “In England, it is physical, it is a fight for 90 minutes. “I played over there, I know how it is. When I arrived, they made me put on 4 or 5 kgs, I had enormous arms. I am already 84kg.”

Wolves will have Raul Jimenez back next season if all goes well with his rehabilitation. Therefore it is open to debate whether Nuno Espirito Santo will return for the forward. 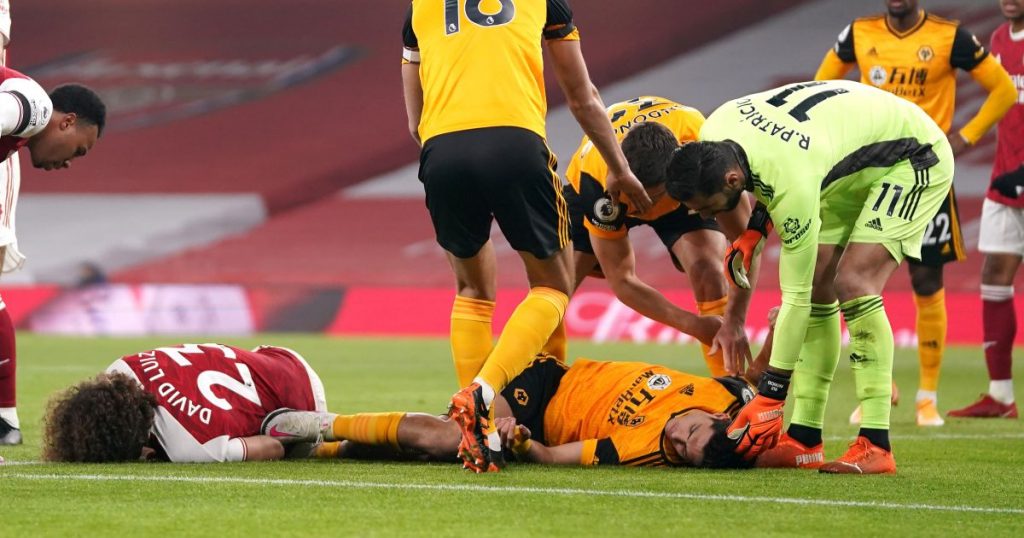 The Magpies’ need seems greater as they have struggled for goals all season. Relegation is still a real possibility at St James’ Park this season.

A drop to the Championship would probably scupper any hopes of landing the former beach football star.

Chelsea Gray: ‘They Can Keep’ All-Star and First-Team After Winning Title