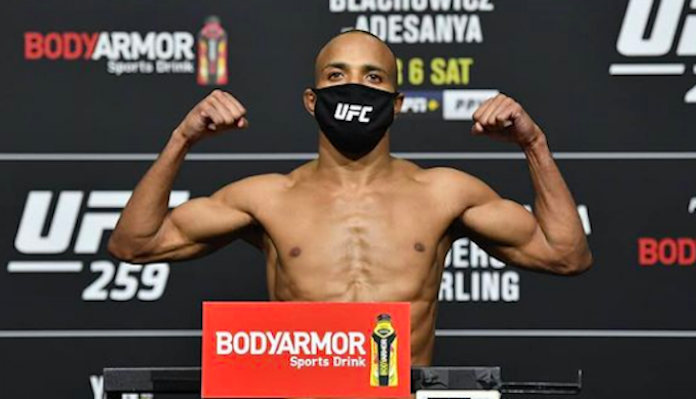 The UFC has continued to make cuts to their roster with Jordan Espinosa and Shana Dobson both being released from the promotion, MMA Fighting reports.

The Ultimate Fighting Championship has never been shy when it comes to releasing fighters from the roster and as we continue on through what has been a successful 2021 for the company thus far, it seems as if they aren’t slowing down.

Espinosa and Dobson, the two fights in question, both lost fights recently with Espinosa being beaten by Tim Elliott and Dobson dropping to 4-5 overall against Casey O’Neill.

The Espinosa release is particularly interesting given the mid-fight accusations by Elliott in which he suggested Jordan was a “woman-beater”. After the fight, Espinosa’s team spoke about the accusations.

“We will not be commenting on Tim Elliott’s accusations,” Hamper said. “It is extremely unfortunate that an athlete who has no information of the situation is given a platform to recklessly slander another athlete with no credible information other than a (Facebook) message. It sets a dangerous precedent allowing this type of behavior to make headlines. Words matter.”

There are going to be many questions raised about the nature of both releases but as we saw with Alistair Overeem and Junior Dos Santos, it doesn’t matter who you are – if the UFC wants to cut you, they’re going to do it.

This will obviously make room for a new crop of stars to emerge up through the ranks as we continue to see something of a youth movement in mixed martial arts. Whether or not that can extend beyond the next twelve months, though, remains to be seen.

What do you think of Espinosa and Dobson being released? Let us know your thoughts down in the comments, BJPENN Nation!

Seven Tips to Help Your Child Build On their Basketball Skills

FIA confirms changes to the 2022 and 2023 F1 Technical Regulations