Wijnaldum reveals what Liverpool must do to aid ‘amazing’ Salah

Salah, 28, was on target yet again as the Reds download RB Leipzig 2-0 in the Champions League on Wednesday. It gave Jurgen Klopp’s side a 4-0 aggregate victory and a place in the quarter-finals of Europe’s elite club competition.

The 70th-minute strike was the Egypt international’s fifth Champions League goal this term. He has also bagged 17 in the Premier League and has three FA Cup goals.

While unlikely to match the 44 he notched in 2017-2018, it is another excellent return for the former Chelsea man. And they have come during what is turning out to be a disappointing campaign for the Merseysiders.

Optimism in the first half of the season that they might defend their title is now a thing of the past. The Anfield outfit find themselves down in eighth spot in the table and struggling for a top-four berth.

Wijnaldum was full of praise for Salah’s contribution and does not want his team-mate to slow down.

“We hope that he can continue doing that because that will make it easier for us to win games,” he told the club’s official website. “[It’s] amazing what he is doing. He is always searching for a goal, always searching to come into positions to score a goal.

“Yeah, 25 is a good number – hopefully he can continue scoring goals.”

While Salah has scored some incredible solo goals, he needs service from his Liverpool colleagues. That has been lacking during a slump that has seen six defeats in seven top-flight games.

They have lost six times at home this season, scoring just one goal in that woeful sequence. It was a relief to see two goals scored against Leipzig. 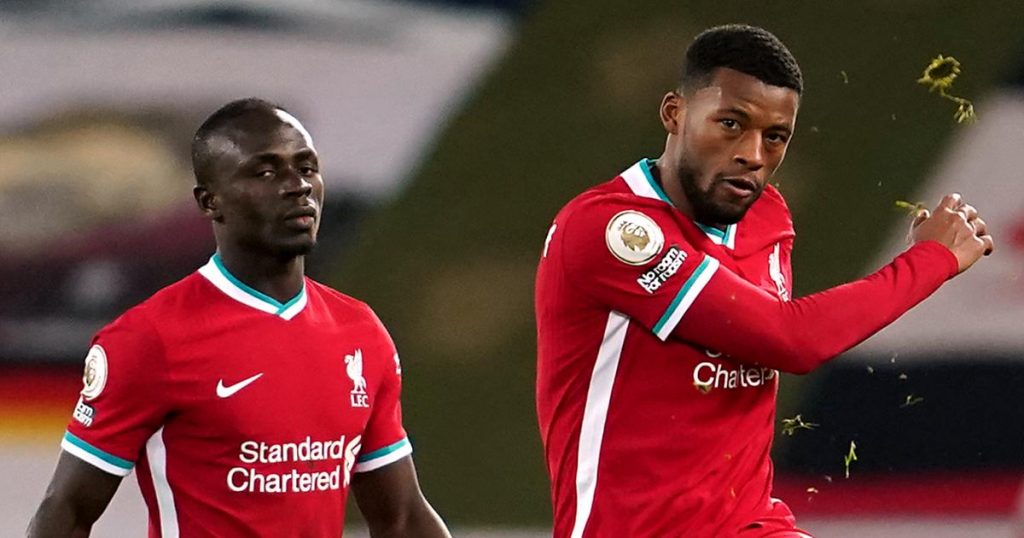 Wijnaldum acknowledges that there have been issues going forward. But he hopes the European result can act as springboard for a better end to the campaign.

“We spoke about it in the team that the last couple of games it was really difficult for us because we didn’t create chances, so it makes it automatically difficult to score goals,” added the Dutchman.

“But we knew if we just worked hard and analysed the game well and just give everything, the chances will come.

“This season, unfortunately, we’re in a position and a situation where we don’t score every chance we have. It gives you a really good feeling; sometimes also you’re disappointed because you don’t score the chances you get. But that we create chances again is a good thing.”

READ MORE: Klopp was tempted by Championship offer for defender

Kyle Lowry: ‘I Will Retire As A Toronto Raptor’

In pictures: each corner of Jeddah circuit