Saul Sanchez is not allowing one loss to define his career.

Sanchez will face Frank Gonzalez in a clash of once-beaten fighters Friday night at the Bryan Glazer Family JCC in Tampa, Florida. The 10-round bantamweight bout will headline a ‘Boxeo Telemundo’ telecast (12 a.m. ET/ 9 p.m. PT).

The 23-year-old Sanchez (15-1, 8 knockouts; click here to see BoxRec), who resides in the Los Angeles area of Pacoima, last fought on December 20, defeating Mario Hernandez by unanimous decision. In his previous fight on October 9, which also took place on a ‘Boxeo Telemundo’ telecast, Sanchez stopped Daniel Lozano in the opening round. 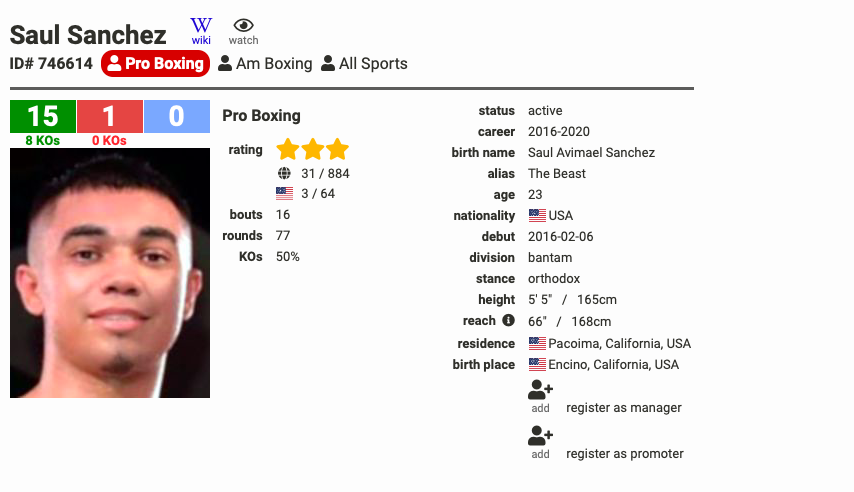 Saul Sanchez is close to getting to bigger bouts, in the eyes of his promotional team.

Since his loss to Edwin Rodriguez in August 2019, Sanchez has won his last three fights in a row. After having fought in three different weight classes in those fights (115, 118, and 122 pounds), Sanchez believes fighting at bantamweight would be the most advantageous to him.

“I am thankful for my promoter Thompson Boxing, and my team, especially Manny Robles, for keeping me busy after my last win,” said Sanchez, who knocked out Brandon Leon Benitez on a ShoBox telecast in May 2019. “I am feeling better than ever, and I’m looking forward to what a win will do for my career. My main goal is to come out victorious and catapult myself into the world title mix.” 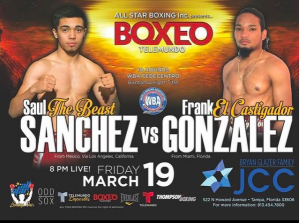 Those at Thompson Boxing Promotions anticipate big things for Sanchez, who they believe embodies the characteristics of a fighter on the rise.

“Saul is getting close to big opportunities and his last win against Mario Hernandez showed it,” said promoter Ken Thompson. “We have very big hopes on what Saul can do in the world of boxing and we’re expecting to see him do big things next Friday in Florida.”

“Saul Sanchez is the perfect example of a Thompson Boxing fighter,” said Alex Camponovo, Thompson Boxing’s general manager. “He is gritty, game, and tough. He lost a close fight but is not defined by it, and now is fighting even better than ever. Saul is coming along perfectly and we’re excited about his upcoming bout.”

The Florida-based fighter has won his last five bouts since losing to Andrew Othello Strode in May 2018 in a clash of unbeaten junior featherweights.

Tyson Fury through the years

Frank Vogel would like the Lakers to practice more

Does Dak Prescott have to carry the Dallas Cowboys to the Super Bowl?

Pac-12 Week: Sleepers that may surprise

How To Open An NFL Sports Betting Account In Arkansas

Get your questions in for Issue 39 of Coach’s Corner