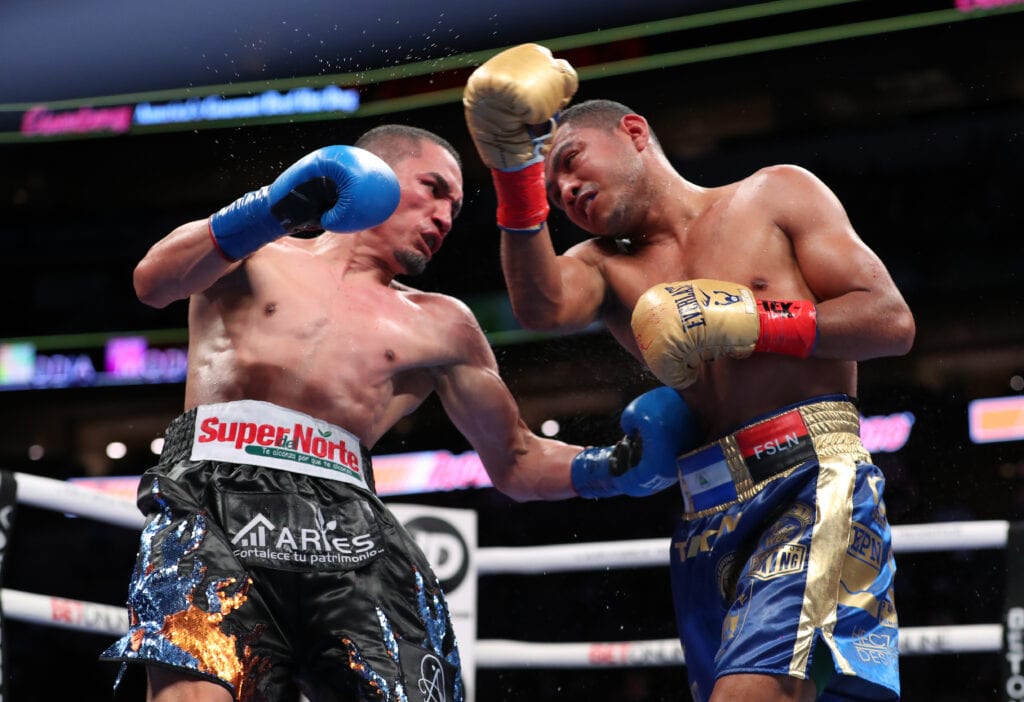 We have ourselves a new unified champion at Super Flyweight as Juan Franciso Estrada edged Roman “Chocolatito” Gonzalez by split decision to close out the American Airlines Center in Dallas Saturday night in what will make every fight fans Fight of The Year conversation.

The final scorecards for the fight were 115-113 Gonzalez, overturned by 117-111, and 115-113 for Estrada. The wide scorecards for this fight are an indictment on the night, considering leading up to the main event that aired on DAZN had given more action and head-scratching on the supporting bouts. I had the fight 115-113 for Gonzalez.

Many expected a war, and it did not disappoint as the much-awaited rematch picked up where their first fight left off in 2012. Both had planned on throwing lots of punches in this one, and that was how this started from the opening bell.

The crowd of about 4,000 as expected loud for this one with Roman pressing forward to Estrada but this time around countering a lot more than what he did in the first fight. What was apparent was that Gonzalez was punching cleaner, but the volume and toe to toe action looked to favor Estrada in the early going.

This all changed as the fourth round of the fight was complete bedlam, and Gonzalez landed a right that seemed to have hurt Estrada towards the close of the round. Still, both guys kept the action going, but Gonzalez found a home for that right as the fight pressed on.  The sixth round changed that a bit as Estrada landed a left that had staggered Gonzalez a bit as he planned to land that as he was attacking the body of Gonzalez.

Seventh-round, these fireworks continued as Estrada made Gonzalez miss more by stepping back and landing overhand rights. Just incredible action in this fight between these two. “They just don’t stop punching”, noted blow by blow man Todd Grisham said at the beginning of round nine of the contest as both fighters at the time were on pace for 2000 unches thrown between them. Gonzalez noted before the fight they had trained and prepared for, surpassing before the final round bell.

Championship rounds started with Estrada’s corner, stating that they needed to go for the knockout, giving him the mindset behind the cards.  I think the fight was still close at the time and could’ve gone either way, but once the bell rang for the tenth, you can sense the urgency from Estrada.

The win for Estrada will now have him facing the Wisaksil Wangek, better known as Srisaket Sor Rungvisai, who won Friday night in one-way traffic against Kwanthai Sithmorseng to set up the third bout between the two. An absolute war that lived up to the hype will cement itself in Fight of The Year talks for 2021.

Andre Ward: Golovkin ‘Literally Just Showed Up To Get A Check’ Against Canelo

Devin Haney On Being Avoided: “They Still Don’t Want To Fight Me”

Who your team picked, biggest steals and more