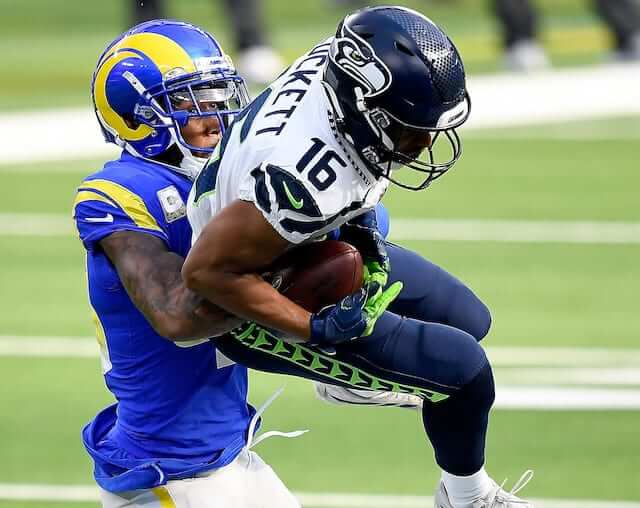 With the NFL free agency period beginning this week, the Los Angeles Rams are expected to lose some key contributors, especially on the defensive side of the ball.

While Rams general manager Les Snead is hopeful that they will be able to restructure some contracts so they won’t lose everyone, the team is so far over the cap that there is no way for them to re-sign some players, specifically the ones that are in for solid paydays in free agency.

One player that falls into the category is safety John Johnson III, who is coming off a career year as the Rams’ defensive signal-caller.

Johnson was expected to departure this offseason and made it official on Monday when he took to Instagram to thank the Rams organization and fans, via ESPN’s Lindsey Thiry:

The reason for Johnson’s post is that he is signing a three-year contract with the Cleveland Browns, via Mike Garafolo of NFL Network:

The #Browns are closing in on a 3-year deal with S John Johnson III, source says. The former Ram is set to join the Browns as one of their top FA targets.

Johnson will surely be missed as the former third-round pick became a fan favorite in his four years with the Rams.

Replacing him won’t be easy, but the Rams do have a pair of young safeties in Jordan Fuller and Taylor Rapp that are capable of starting, with Terrell Burgess also due back from injury.

The Rams’ other big free agent on the defensive side of the ball is outside linebacker Leonard Floyd. While the Rams are reportedly confident in their ability to re-sign him, it is very possible that he receives a large offer elsewhere and leaves, just as Johnson did.

‘I am happy for Roger Federer’s support because…’, says WTA star