Pep Guardiola namechecked two Manchester City stars after his side booked their place in the Champions League quarter-finals with a 4-0 aggregate win over Borussia Monchengladbach.

City moved into the last eight for a fourth successive season by completing a 2-0 victory over the German outfit on the night in Budapest.

Leading 2-0 after the first leg, the Premier League leaders extended their overall advantage after only 12 minutes of the last-16 second-leg tie through Kevin de Bruyne’s excellent 20-yard left-footed strike.

The draw for the quarter-finals is at 11:00 GMT on Friday.

Speaking to BT Sport after the game, Guardiola said: “It was a good performance, we controlled the game from the beginning.

“This competition is tricky but after the two goals everything was easier – everyone in their position moved the ball quick.

“A lot of players like Phil Foden, Bernando Silva, they have a lot of quality, they help us a lot. But everyone was so committed and we are delighted to be in the next stage.

“We only conceded one goal against Porto – that is impressive. It’s an incredible step forward for the team. 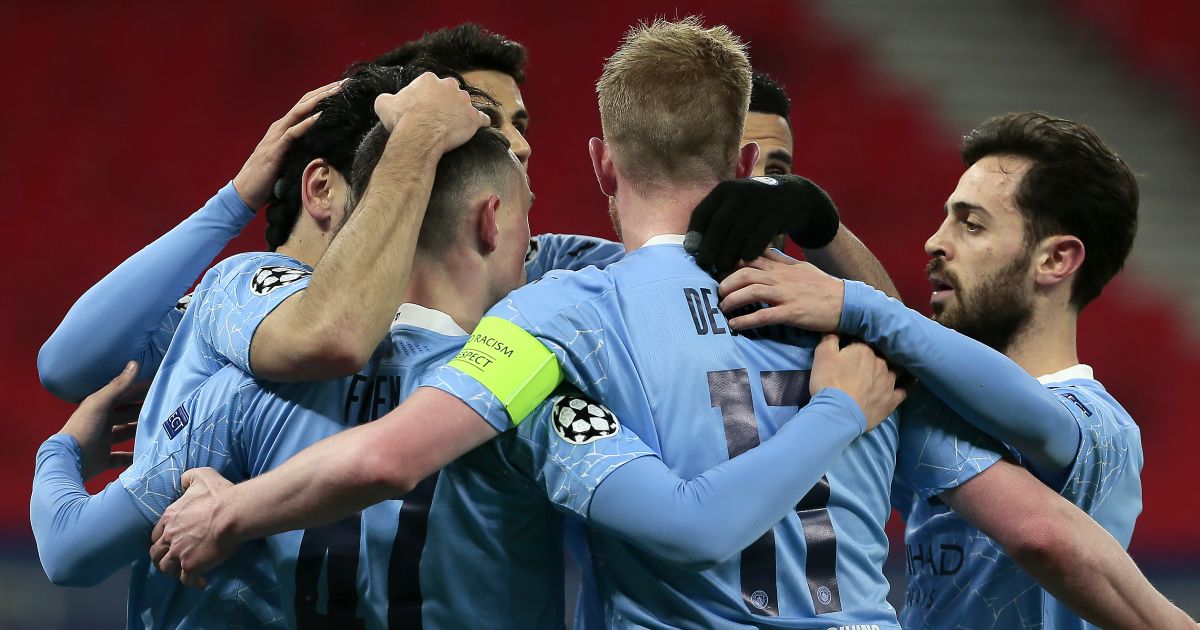 “Everyone runs a lot, not just the strikers. But it’s important to understand that we defend with the ball. We have to be aggressive without the ball. All the teams right now, the quality they have, they can punish you.

“After the international break, we will have time to think. The quality every time is higher and hopefully we can maintain this mood.

“I always think when you go through you deserve it. We try to play good and we will see what happens.

“We now have everybody fit. That’s why we can rotate six or seven players. If you want to compete for competitions you have to be fresh. The seasons are so long, we haven’t had one long week since October.”

Meanwhile, Kevin de Bruyne admitted the early goal settled City, adding: “The start helps a lot. We were patient in the beginning. When we scored the two goals… we controlled the game and we had a few chances.

“The second half was a little less but that’s unerstandable with all the games we’ve eplayed. With a 4-0 aggregate lead it was a little bit less.”

On City’s clean sheet record, he added: “It’s always important when you are stable as a defence and team. Obviously it gives the whole team confidence. It’s really nice for Ederson and the defenders.”

ATP Tour 2021: Schedule of Play for Wednesday March 17 for Dubai and Acapulco

Can the Cowboys take advantage of forgiving 2021 schedule?

Edinburgh and Saracens qualify in Challenge Cup after big wins

When an old worn-out boxer dies, it won’t be an exhibition. It will be an execution