Wicketkeeper Jos Buttler has powered England to victory over India despite a sparkling innings from rival skipper Virat Kohli.

Jos Buttler has powered England to an eight-wicket victory over India, with the tourists taking a 2-1 lead in their five-match T20 series despite a sparkling innings from Virat Kohli.

The home skipper’s unbeaten 77 off 46 balls revived India after a poor start and saw them to 6/156 at the Narendra Modi Stadium in Ahmedabad, which was kept empty because of the rising number of coronavirus cases in India.

Buttler carried his bat through the run chase to score 83 not out, smashing four sixes and five fours, to guide England to 2/158 with 10 balls to spare.

Jonny Bairstow contributed an unbeaten 40 — taking him past 1000 runs in T20 internationals — to give England an emphatic win in captain Eoin Morgan’s 100th T20I.

Morgan won a crucial toss — the side that has batted first has lost every game so far in the series.

Wood, returning from a foot injury that kept him out of the second game, took 3/31 and only Kohli’s hard-hitting at the end of the game spoiled his run figures.

Wood, Jordan and Jofra Archer were consistently firing down balls at 150km/h.

Kohli took charge with the innings looking rocky at 24/3. He put on 70 for the sixth wicket with Hardik Pandya, who contributed just 17.

The Indian captain hit 49 off his last 17 balls.

The renowned disciplinarian praised England’s pace bowlers who “made it more difficult” but said his side’s attitude had let them down.

“If you lose the toss, embrace what has been asked of you as a team. To be honest I think the England bowlers were absolutely brilliant with the new ball,” Kohli said.

“We definitely tried to come into the game as well as we could but I don’t think our body language in the second half was acceptable in the field.

“Defending 160 you need a bit more intensity and energy and that was lacking tonight.”

Buttler attacked India’s pace and spin bowlers from the start, hitting 93-metre sixes off leg-spinner Yuzvendra Chahal over the boundaries in the world’s biggest cricket stadium.

“Sometimes people don’t expect me to attack the spinners so I thought I would like to try to take it on,” Buttler said.

“Chahal is a fantastic bowler and I have had some good battles against him but it was nice to chance my arm a bit today.”

He singled out his first six off Chahal as “the one that got me up and running and gave me confidence to take the game on even more”.

Morgan singled out his star opener and close friend for praise.

“He has been in incredible form, he is a great leader within our group and obviously he has been around for an incredibly long time,” Morgan said.

“He has a great influence in the changing room.”

The fourth match of the series is on Thursday, also in Ahmedabad. It’s fitting the world’s greatest cricketer Sir Don Bradman should still be smashing records long after his death, with his bat selling for a huge sum today. 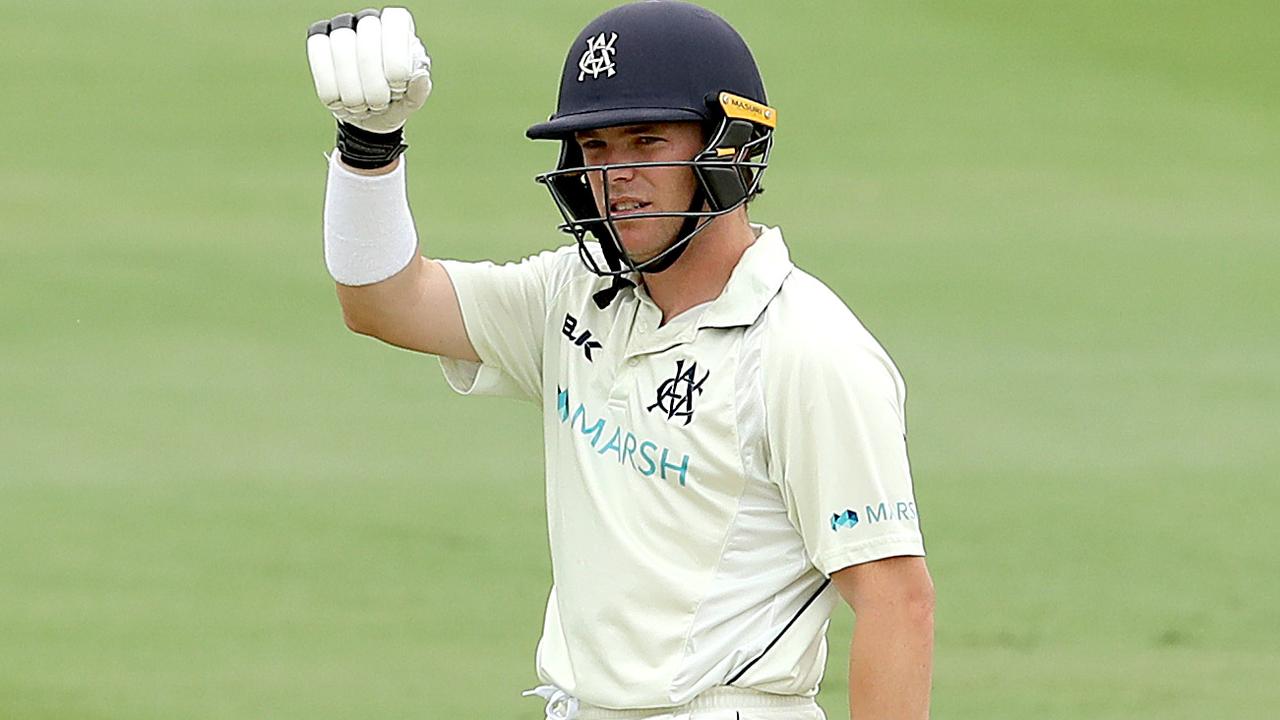