Kamaru Usman vs. Jorge Masvidal Added To UFC 261, Fans Are Back 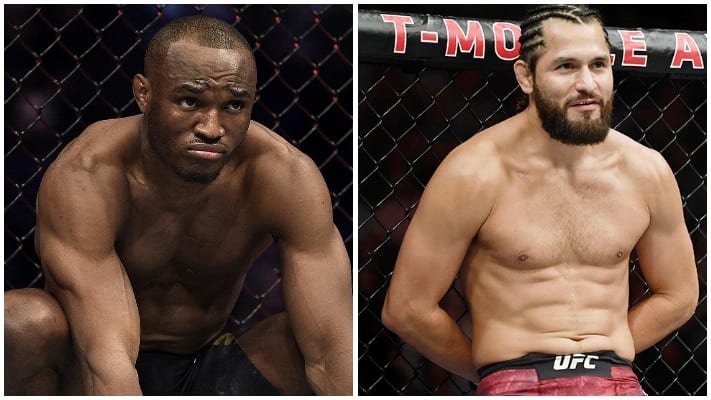 UFC 261 is shaping up to be a monumental card.

Two title fights including a women’s flyweight bout between Valentina Shevchenko and Jessica Andrade and a women’s strawweight encounter between Weili Zhang and Rose Namajunas were already confirmed for the event taking place April 24.

Now the rematch between Kamaru Usman and Jorge Masvidal is also official with the welterweight title fight headlining the event. Their first fight, of course, was a short-notice bout that headlined the UFC 251 pay-per-view event in July last year. Usman won a drab unanimous decision on that occasion.

Somehow overshadowing that fight announcement, however, was the news that fans would be back in full capacity with the event taking place at the VyStar Veterans Memorial Arena in Jacksonville, Florida.

The news was announced in a video Monday night by a jubilant UFC president Dana White.

It will be the first UFC event with a full audience since UFC 248 took place in March last year. White has since claimed the UFC would be the first sports organization to get the fans back in full capacity and it looks like he has stuck to his word.

What do you make of this news? And what are your predictions?

‘I’d love to pick his brains’

FIA seeking third race director for F1, “might use” Masi in a role · RaceFans