Matheus Nicolau’s return worth struggles, and he has goals 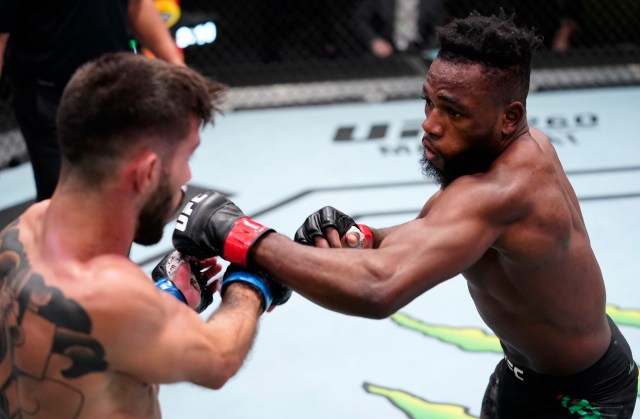 “The journey to be here was rough. I’ve been going through a lot. I went through a lot in those couple of years that I was out of the UFC. Especially in this training camp, I went through a lot. I was about to fight Tagir Ulanbekov. He is a completely different fighter, with all different characteristics. The opponent just changed like two weeks ago, so we had to change all the strategy for this fight. Of course I wanted to win by knockout or submission, but it’s good to have a tough fight like that. I think I proved to everybody and even to myself how much of a warrior I am, how much I want this, how much I work hard. I put everything inside the octagon and I think I did enough to get the victory.”

What's the point of Pokemon Snap?

GETTING TO KNOW: STEPH KYRIACOU

HOW THE INVESTEC SOUTH AFRICAN WOMEN’S OPEN WAS WON

What can we as fans do to make rugby statistics more accessible?? (bit of a rant) : rugbyunion