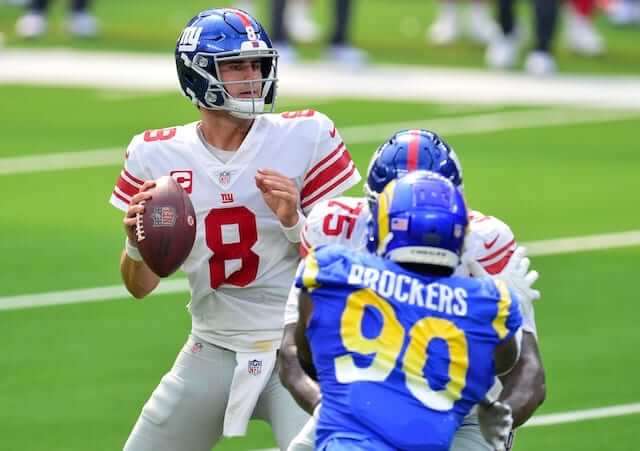 The Los Angeles Rams have established an open line of communication with the Detroit Lions ever since the offseason began.

It started when Brad Holmes was hired as their new executive vice president and general manager after working in the Rams’ scouting department since 2003. It was not long after that both sides pulled the trigger on a blockbuster deal that gave away quarterback Matthew Stafford in exchange for first-round draft picks in 2022 and 2023, a third-round pick in 2021 and quarterback Jared Goff.

The pipeline from L.A. to Detroit has seen plenty of action before the new league year even officially began. However, it appears they were not done making moves just yet.

According to NFL Network’s Ian Rapoport, the Rams have traded defensive lineman Michael Brockers to the Lions:

The #Lions are trading a 2023 7th round pick to the #Rams in exchange for DT Michael Brockers, source said.

There is no question that this was a cost-cutting move for the Rams in their efforts to get back under the salary cap after $33.1 million over. Although they will still owe Brockers $3.67 million in dead money charges, it will help save around $7 million in cap space.

Brockers nearly signed with the Baltimore Ravens last offseason until it fell through due to concerns over a physical. He then signed a three-year, $24 million contract to return to L.A., where he finished the season with 51 tackles and 5.0 sacks

The Rams had been bracing themselves for some turnover with so many free agents on the defensive side of the ball. Although they managed to keep linebacker Leonard Floyd and Darious Williams, Brockers is now the third starter after safety John Johnson III and linebacker Samson Ebukam found new homes this offseason.

Brockers will help provide some much-needed experience up front with Nick Williams, Da’Shawn Hand, John Penisini and Kevin Strong. His track record as an interior stalwart and strong locker room presence should pay some major dividends in the 2021 NFL season.

Arthur-Yarde 2 Set for December In London