Ole Gunnar Solskjaer said that Manchester United are growing more confident of Europa League glory after knocking AC Milan out of the competition.

United claimed a 1-0 win in the second leg of their Round of 16 tie courtesy of a Paul Pogba goal shortly after half-time. It meant they progressed with a 2-1 aggregate victory to reach the quarter-finals.

United will learn their opponents for the next round, and who they could face in the semi-finals if they reach that stage, on Friday.

In the meantime, Solskjaer will be able to reflect on their success at San Siro. And after the game, he hailed the defensive capabilities shown by his side in the away fixture – giving them optimism for their remaining challenges in the tournament.

He told BT Sport: “Very happy of course. We’ve come through a very difficult tie against a fantastic club and we’ve overcome some difficulties.

“You give yourself a chance to win a game of football when you keep a clean sheet. Dean Henderson made a fantastic save towards the end and I’m very pleased with everyone’s defending.

“We know the back six, with the likes of Scott McTominay and Fred, always give everything.

“There are many good teams left but you’ve got to be spot on. It’s a cup competition and anything can happen. But we are through and we feel confident.”

Solskjaer introduced Pogba at half-time and it proved to be a masterstroke. The Frenchman had not featured in over a month, but made an instant impact upon his return.

Solskjaer admitted that United have missed the midfielder and is hopeful he can have a major say before the end of the season.

He added: “We’ve missed Paul. He’s been out for almost two months and any team would miss a player like Paul Pogba.

“He is very important for us and he’s going to give us a big boost. He makes a very, very big difference to us.”

Now, Solskjaer’s attention will turn to the FA Cup. United will face Leicester in the quarter-finals on Sunday.

The manager said: “We are looking forward to Sunday. It’s another quarter-final, so will just dust ourselves down and go again.” 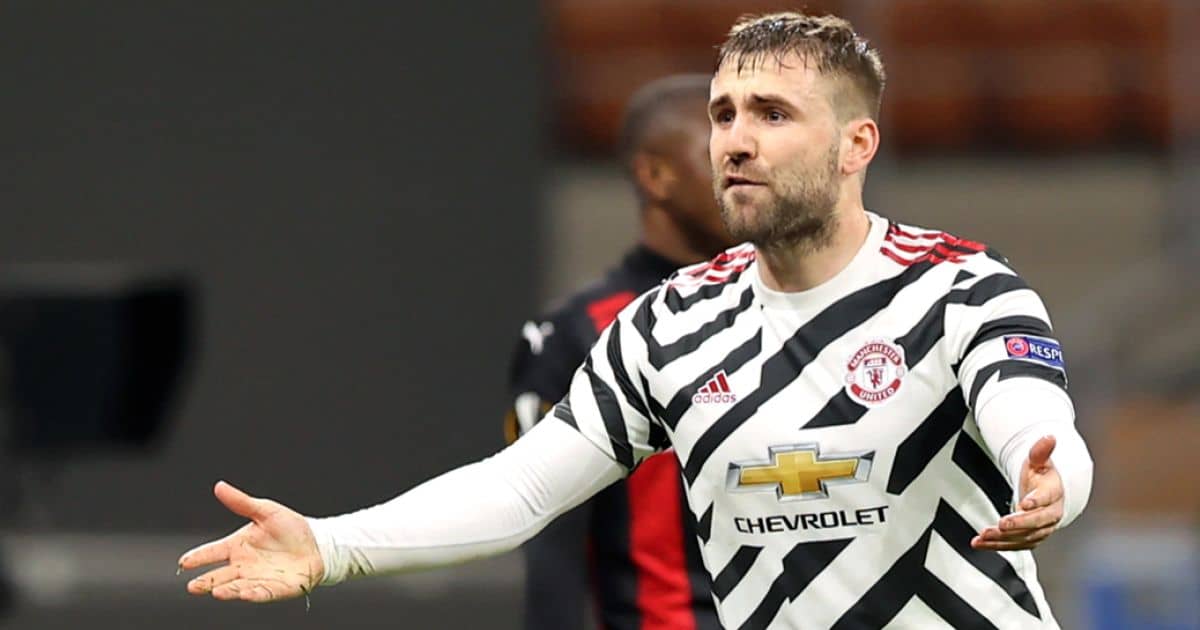 Among those who played a key role in the match against Milan was Luke Shaw, who featured for 90 minutes on the day he learned he had been recalled to the England squad.

The left-back gave an honest interview after the match, urging United to raise their standards in the remaining rounds.

He told BT Sport: “Obviously, we’re very happy we’re through. I’ll be honest, and the lads and staff would agree, we weren’t good at all – especially first half, we were awful.

“The first 10-15 minutes, we started well, kept control of the ball but it was like a switch – we turned off, kept giving away balls, bringing pressure on ourselves and we were lucky.

“Second half it always helps to have a world class player like Paul to make a difference and he did that. But we know we need to be better than tonight.

“It’s a very good win and the positive is that we are through, we have players coming back and the squad looks better.”

Watch: Kemar Roofe is sent off after horror kung fu tackle on goalkeeper

WWE RAW Viewership for the Show with Bobby Lashley vs. Braun Strowman as the Main Event

Frances Tiafoe to Replace Taylor Fritz for US Davis Cup Team in 2021 Finals • But Why?

In Defence of 40-36: Why journeymen are vital to the development of prospects