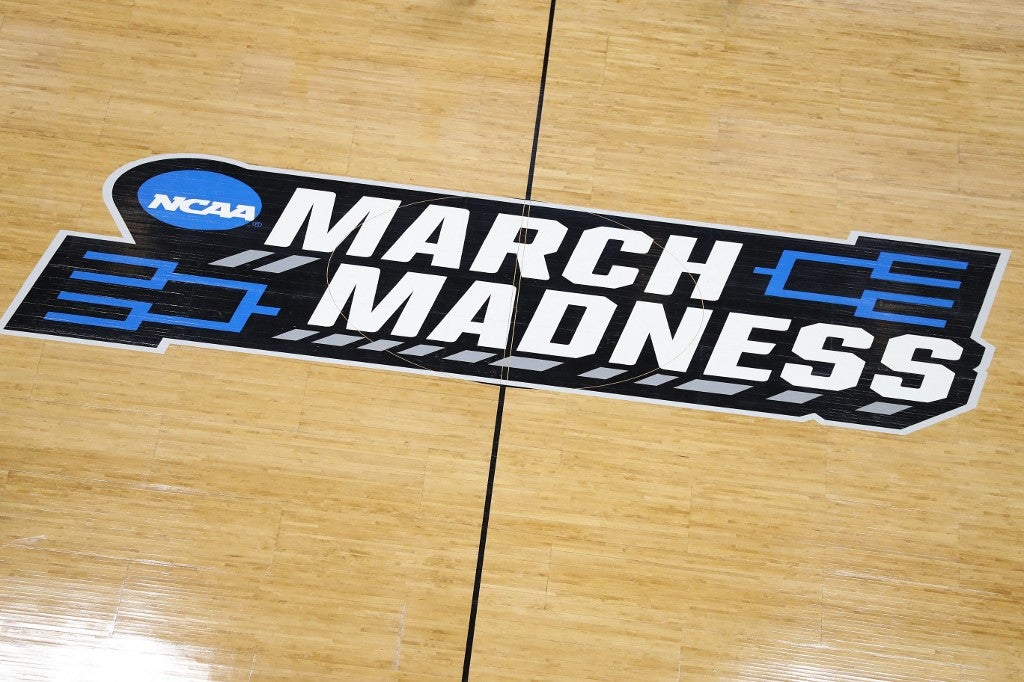 FILE — A view of the March Madness logo prior to the game during 2019 NCAA Men’s Basketball Tournament on March 22, 2019 Kevin C. Cox/Getty Images/AFP

MANILA, Philippines—There will be seven players of Filipino descent who are set to grace the floor in the ongoing NCAA National Tournament.

Famously known as March Madness, the collegiate tournament the biggest scholastic basketball competition in the United States and is considered as a national pastime whenever it rolls around with brackets and of course, bets, getting flown around.

Point guard Clark is a member of the West 4th seed and defending champion Virginia which will play Ohio in the first round.

Wade will be in the Michigan lineup, which holds the first seed in the East as the Big 10 champion, that will play Texas Southern in the opening round.

Big West champion UC Santa Barbara has Fort in its lineup but the Gauchos are ranked 12th in the West and will play Creighton in the opener.

Hepa is part of the Texas team that won the Big 12 Conference title and the Longhorns are ranked third in the East and will take on Abilene Christian.

Of the seven, Rutgers’ Harper is the one who gets his roots from the sport’s pedigree. He is the son of five-time NBA champion Ron Harper who was part of the Chicago Bulls’ second three-peat and was there in the first two titles of the Los Angeles Lakers’ three straight title runs at the start of the 2000s.

Dunc’d On: Seth Partnow, Author of The Midrange Theory