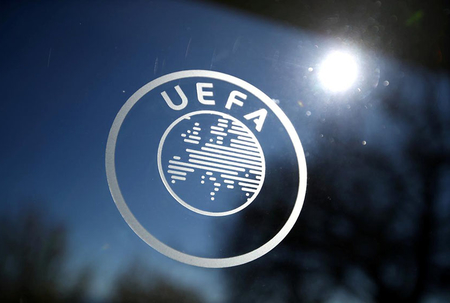 NYON – Holders Bayern Munich will face the team they beat in last year’s Champions League final in this season’s quarter-finals after being paired with Paris St Germain in Friday’s draw.

In the other standout tie of the last eight 13-time champions Real Madrid face six-time winners Liverpool in a repeat of the 2018 final won by the Spanish club.

Runaway Premier League leaders Manchester City will play Borussia Dortmund with the winners to face either Bayern or PSG in the semi-finals.

There is also the prospect of an all English semi-final after Chelsea were drawn to play Porto with the prize for the winners a clash with Real Madrid or Liverpool.

The first team drawn plays the first leg at home in the quarter-finals and semi-finals. The final will be held in Istanbul on May 29.  (Reuters)

‘Give me any injection … what if this was a WC final?’: Suryakumar Yadav reveals late night conversation with physio before IND vs AUS series decider

Golf flagsticks: Why does something I’ve been doing my whole life suddenly feel so surreal?

Horse Racing NAP of the Day for 26 August

Where to watch ENGW vs INDW live: Streaming and TV details for the England

Three reasons why the Boston Celtics should trade for Kevin Durant