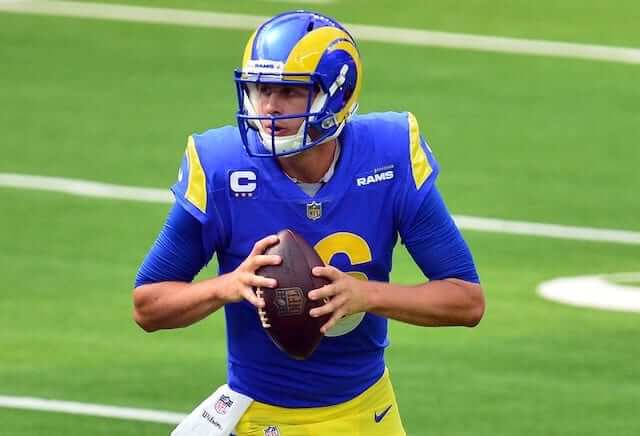 The Los Angeles Rams were expected to experience some significant turnover on both sides of the ball given the team’s cap situation to begin the offseason.

They faced the largest cap deficit than any team in the NFL at $33 million leading up to the new league year. Although general manager Les Snead has since managed to work his magic to get the Rams back under the salary cap, some turnover was to be expected for the handful of players set to test free agency.

L.A. kicked things off with a blockbuster trade that sent quarterback Jared Goff, two first-round picks and a third-round pick in exchange for quarterback Matthew Stafford. Safety John Johnson III earned himself a solid payday after signing a four-year, $33.75 million deal with the Cleveland Browns and defensive lineman Michael Brockers will be re-uniting with Goff in Detroit following his trade.

Each player played an integral role in building this team into a bonafide contender through the years. The Rams made sure to bid farewell and thank Goff, Brockers and Johnson for their services, via the team’s official Twitter:

To the California Kid who helped bring winning football back to LA, thank you @JaredGoff16 for all that you did for our team, this city + Rams fans everywhere. pic.twitter.com/Nu1fgNjpHB

A true leader on + off the field.

Thank you for nine seasons in the horns, @MichaelBrockers! 💙 pic.twitter.com/tUm9CNc1be

For your passion, energy + impeccable swag…

There is no question that this team has suffered some key losses on both sides of the ball. The efforts of Goff, Johnson, and Brockers not only made them fan favorites but helped establish a winning culture in L.A. following their relocation back in 2016.

Goff and Brockers will be tasked with bringing their winning mentality to a rebuilding Lions’ franchise. While the latter’s comments regarding Stafford as an upgrade under center for the Rams may need to be addressed, their history as teammates indicates there is good reason to be optimistic.

Meanwhile, Johnson will be making top-dollar as the newest member of the Browns’ secondary. It is safe to say that it will not take him very long to make his presence felt both on and off the field.