NFL free agency is off and running, and we’re keeping track of every major signing, trade and release of the 2021 offseason, with analysis from our NFL Nation reporters and grades from our experts. The new league year began March 17, which means free-agent signings could be made official after that. The first round of the 2021 NFL draft begins April 29 on ESPN.

The Seahawks offseason was already eventful before the calendar turned to March. They have a new offensive coordinator in Shane Waldron and an unhappy quarterback in Russell Wilson, who’s been the subject of trade speculation.

The situation with Wilson adds intrigue to how the Seahawks will approach free agency. They’ll have to balance Wilson’s desires for offensive-line upgrades with their other roster needs — which include cornerback, pass-rusher and running back — and will have to fill all of those holes with limited resources. Seattle begins free agency with around $20 million in cap space and only owns four picks in April’s draft, with no first- or third-rounder.

Here’s a breakdown of every 2021 NFL free-agent signing by the Seattle Seahawks, and how each will impact the upcoming season:

The Seahawks have re-signed Ford with a two-year deal.

What you need to know about the Seattle Seahawks:

What it means: The Seahawks are keeping one of their young, ascending playmakers in the fold for at least the next two seasons. That’s something they haven’t done enough of in recent years. Ford is only the fourth homegrown player acquired since 2013 to get a multi-year second contract from the team. Another is Jarran Reed, whom Ford has started alongside the past two seasons. The Seahawks have a strong defensive-tackle tandem in Ford and Reed, but they need a primary pass-rushing threat off the edge after releasing Carlos Dunlap. Their current edge players consist of some nice complementary pieces, but no one of Dunlap’s caliber.

What’s the risk: Ford was going to be back with Seattle in 2021 one way or another. It was just a matter of whether he’d be tendered as a restricted free agent or given a multi-year deal. The two-year deal means the Seahawks are paying Ford earlier than they have to, but a one-year tender would have put him on track to hit free agency next March, when another strong season and the expected increase in the NFL’s salary cap could have made him much more expensive to re-sign. What’s not clear is what his cap number will be in 2021 compared to what it would have been with a first-round ($4.766 million) or second-round ($3.384 million) tender.

What it means: The Seahawks have a candidate to replace Shaquill Griffin, who is off to Jacksonville. At 6-foot-3, Witherspoon has the length that Seattle prefers in its perimeter cornerbacks and comes from a 49ers defense that was coordinated by Pete Carroll disciple Robert Saleh, which should help his transition to Seattle. The Seahawks like Witherspoon’s athleticism, awareness, ball skills and the sense of urgency he plays with. D.J. Reed Jr. showed enough last season to start again on one side, but the Seahawks had to at least add competition for Tre Flowers on the other side given how up and down he’s been. Quinton Dunbar is a free agent after his eventful offseason and injury-shortened season, another reason why cornerback was a need.

What’s the risk: Durability has been an issue with Witherspoon, who has played in 47 of a possible 64 regular-season games and never more than 14 in any of his four NFL seasons. Injuries and occasional coverage errors had Witherspoon in and out of the 49ers’ lineup. Financial details of his one-year deal were not available, but it’s likely an inexpensive bet on a player that Seattle believes is ascending at 26 years old.

The Seahawks signed the former Rams tight end to a one-year deal.

What it means: Everett isn’t an offensive lineman, but his addition should make Russell Wilson happy as it gives Seattle’s passing game another weapon to go with DK Metcalf and Tyler Lockett. Everett was a logical free-agent target for the Seahawks given their need for another tight end and Everett’s connection to new offensive coordinator Shane Waldron, who coached him with the Rams. Everett’s knowledge of Waldron’s system should help ease Seattle’s offensive transition, especially if on-field work is again limited during the offseason program. The Seahawks have the makings of a nice tight end group provided that Everett continues his ascension, Will Dissly stays healthy and last year’s fourth-round pick, Colby Parkinson, makes a jump after a nondescript rookie season. The Seahawks are also high on 2020 UDFA Tyler Mabry.

What’s the risk: ESPN’s Adam Schefter reports that Everett’s deal is for up to $7 million with $6 million fully guaranteed. That’s about what the Seahawks gave Olsen last year on a deal that did not pan out. The big difference between the two is that Olsen was 35 at the time and had missed 18 games over the previous three seasons. Everett turns 27 in June and has only missed three games in his four-year career. His reception and receiving yardage totals have increased in each of the last three seasons, which is indicative of an ascending player. And it never hurts to pluck from a division rival.

More people play on ESPN than anywhere else. Join or create a league in the No. 1 Fantasy Football game! Sign up for free >>

What it means: The Seahawks are bringing back one of the core members of one of the league’s best special-teams units last season. Bellore’s 11 tackles on special teams last year were fourth-most in the NFL, according to the league’s official stats (teammate Cody Barton was tied for second with 13). That earned Bellore a Pro Bowl nod. He also plays fullback but has only played a combined 64 offensive snaps the past two seasons, per Pro Football Reference. New offensive coordinator Shane Waldron comes from the Sean McVay system, which does not use a fullback. Clearly, the Seahawks are bringing back Bellore more for their special teams — which finished third in Football Outsiders’ DVOA rankings in 2020 — than their backfield.

What’s the risk: The Seahawks are likely not committing any significant amount of money to Bellore, whom they paid the league-minimum salaries of $930,000 in 2019 and $1.05 million in 2020. Whatever they’re paying him 2021 is money that isn’t going towards bigger needs like an edge-rusher, tailback or center. But the Seahawks can always make moves to create more cap room. At this rate — having signed Ahkello Witherspoon and Gerald Everett, re-signed Bellore and Poona Ford, and traded for Gabe Jackson after starting free agency with around $17 million — it looks like they’ll have to.

The Seahawks are expected to re-sing their starting center to a one-year deal.

What it means: The Seahawks are bringing back last year’s center and someone they view as a solid starter. Pocic was 16th in ESPN’s Pass Block Win Rate as a center in 2020, finding a home there after playing guard his first three seasons. Details of his contract will give a better indication of how committed the Seahawks are to Pocic as their starting center in 2021. It’s possible that he’s an inexpensive fallback option if they can’t find a better alternative via the draft (they have only three picks as of now) or later in free agency (which would likely require them to free up cap room). But as of now, the Seahawks have filled the two immediate openings on their offensive line by trading for guard Gabe Jackson and bringing back Pocic.

What’s the risk: Russell Wilson had guard and center in mind as the two positions he wanted the Seahawks to upgrade when he publicly urged the team to improve his pass protection. So while he had to be happy with Seattle’s trade for Jackson, he might not be as thrilled with the prospects of Pocic returning as the starter at center. That said, the Seahawks could do much worse than Pocic. He didn’t get a shot at center until last season in part because there was disagreement within the organization about where he was best suited to play. So it’s reasonable to think that at only 25 years old, he could still grow into that position.

The Seahawks signed Carson to a three-year contract that voids after two years. 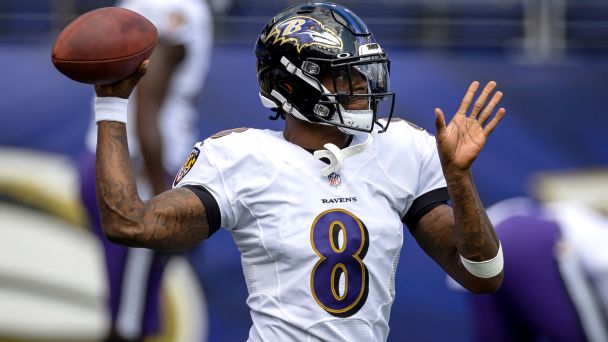 What it means: Re-signing Carson takes care of one of the Seahawks’ biggest remaining needs, and they did so at a reasonable price that helps their tricky cap situation. And yes, running back was a need for the Seahawks even with 2018 first-round pick Rashaad Penny under contract for at least one more season. Carson has been the better player and will continue to be the starter in 2021 as long as he stays healthy, something both have had trouble doing. If both can stay on the field, Seattle has the makings of an excellent one-two punch that was starting to come to life in 2019 before Penny tore his ACL. That the Seahawks used the voiding-year mechanism in Carson’s contract indicates a willingness to break from organizational norms in order to save cap room. They’ll need to free up more money in order to fill their remaining needs. At the top of that list: an edge-rusher.

What’s the risk: As is often the case with running backs, the risk with Carson is his injury history. He’s missed 19 of a possible 64 regular-season games over four years, including four in 2020 with a foot sprain. But it’s not as big of a risk as it would have been had the Seahawks given Carson a franchise tag or signed him to a longer deal similar to what Aaron Jones got from the Green Bay Packers. Carson gets a fully-guaranteed $5.5 million in 2021 with a chance to make up to $6.9 million with incentives. That’s better than a lot of running backs are getting in a depressed market for that position, but it will be good value for Seattle if Carson can replicate his 2018-2019 form.

5 coaches at risk of being fired

Who are the greatest players to not win each major award?

Rickie Fowler’s life is in order; next is rediscovering his golf game

Where are they now? Team GB’s XI from the 2012 Olympics first game