The mock draft season is in overdrive and with free agency heading into the second wave, the landscape is shifting. Teams that had a particular need may no longer be jonesing for a player at that position having satisfied it in free agency.

Such is the situation of the New York Giants. Almost every mock draft had the Giants selecting an offensive playmaker with the 11th overall selection in Round 1.

Lance Zierlein of NFL.com not only predicts the Giants will draft Alabama wide receiver Jaylen Waddle in Round 1, he has them trading up to get him.

Waddle has become the easy plug-in option for the Giants, but they might need to move up in order to get their hands on him — or any of the top three receivers in this draft. In this scenario, New York swaps picks with the Falcons, who move down again to No. 11.

This mock was published the day before the Giants landed Kenny Golladay in free agency. The need for a wide receiver is not as urgent, especially after Big Blue threw $40 million in guarantees at Golladay.

Many see the Giants staying put or even moving back to grab an offensive lineman or a defensive playmaker such as a pass rusher. The other reason it is unlikely the Giants move up in the draft is they only have six picks in this draft.

One also has to keep in mind that there is only one football. The Giants have Saquon Barkley coming back from injury and now with Golladay on board, they’ll be fewer targets for Sterling Shepard, Evan Engram and Darius Slayton to fight over.  Let’s not forget that the Giants also signed tight end Kyle Rudolph and wide receiver John Ross last week as well.

There’s too many moths to feed. Waddle would be overkill at this point. He would give the Giants an embarrassment of riches but it makes no sense to trade up to get him now, especially since this draft is loaded with wideouts. 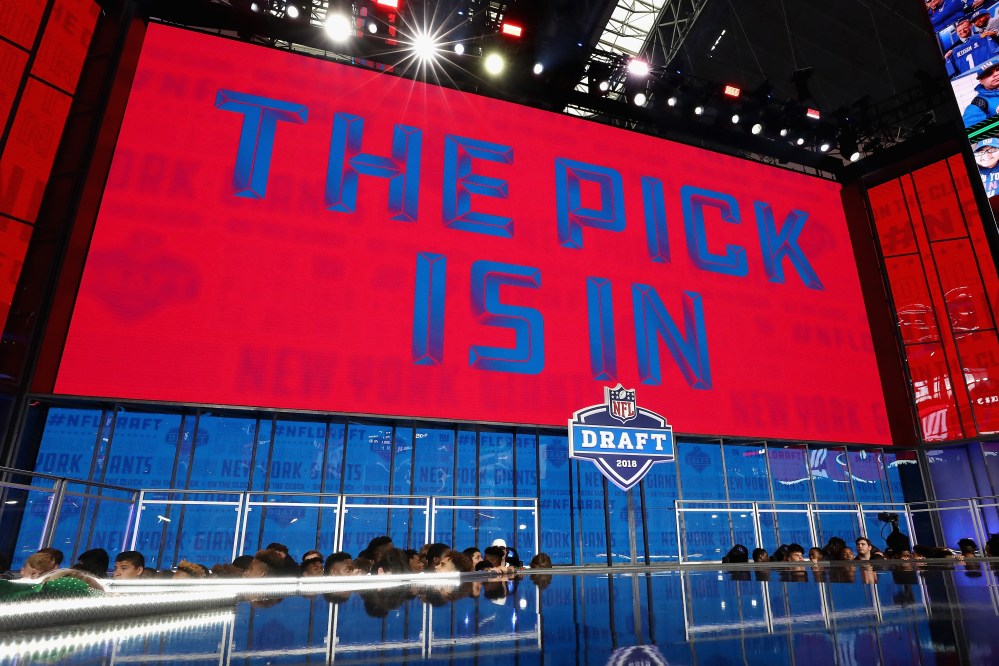 Muslim Golf Association: How one man plans to change the face of the sport

Kareem rips LeBron: He’s done things that are ‘beneath him’

AEW Has Reportedly Been Planning FTR vs. Santana and Ortiz For Months, Details On The Company’s Long-Term Booking