Man Utd reportedly have ‘no interest’ in a frequently touted defensive target, with their attentions instead turning to a La Liga pair revealed to be ‘highler up on their list.’

Man Utd have frequently been linked with defensive additions in the upcoming summer transfer window.

Harry Maguire and Victor Lindelof have performed capably, but doubts remain over their viability as a title-winning partnership.

As such, attentions have turned to who the club could soon target to bolster their ranks.

One name who has regularly been linked is Fiorentina centre-back, Nikola Milenkovic.

A recent report put Man Utd at the head of the queue for a man seemingly ‘destined’ for a Premier League switch.

The 23-year-old Serbian has been a rare shining light for La Viola this season. Nevertheless, according to the Express, his future will not be at Old Trafford.

They report that Man Utd are ‘not chasing’ the Serbian, qualifying that by declaring the club have ‘no interest.’

Instead, a pair of La Liga centre-halves are said to ‘feature high on their list.’

The Frenchman has been one of the world’s most accomplished players in his position since becoming a regular at the Bernabaeu in 2014.

Varane is under contract for one more year until the summer of 2022, but reportedly has no desire to pen fresh terms.

Madrid’s hand could therefore be forced. A cut-price sale could potentially be in the works to avert the risk of losing him for free.

Spanish outlet AS detailed the 27-year-old’s desire to test himself in England last week, adding further fuel to the fire.

The second name touted by the Express is Sevilla sensation Jules Kounde. 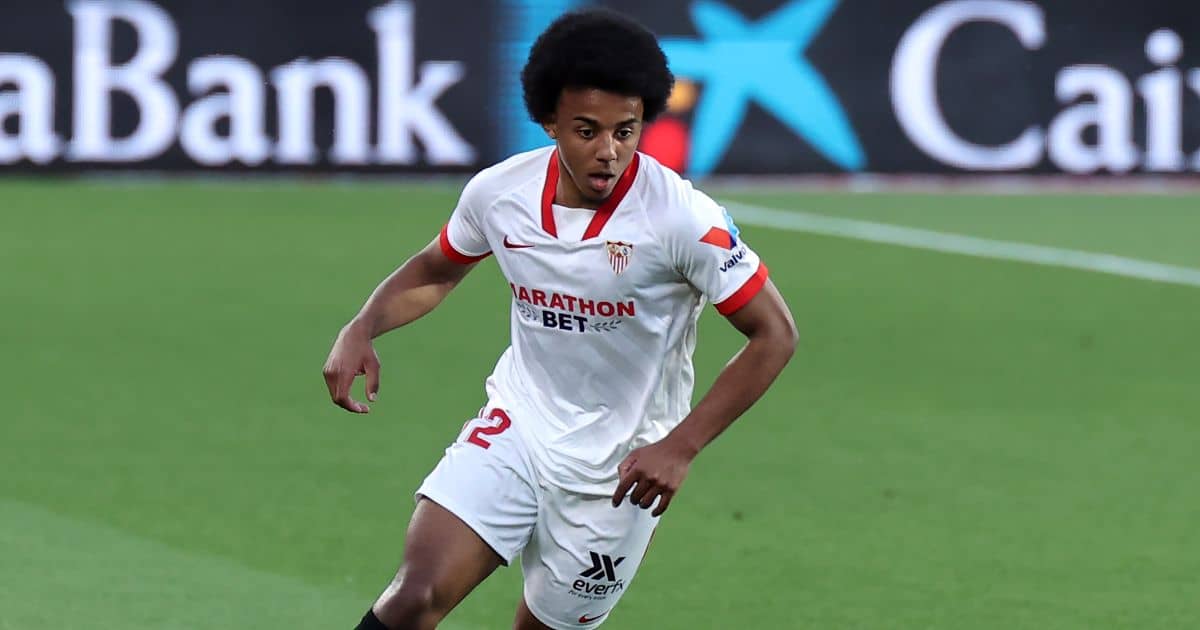 At 22, Kounde could be any club’s long-term answer at centre-half.

Sevilla are unlikely to greenlight a sale until a suitable replacement can be found, though news on Saturday suggested work in this regard has already begun.

Under-fire Tottenham centre-half Davinson Sanchez is said to have emerged on their radar.

'The abuse players are receiving has to stop'