The 21-year-old frontman has attracted plenty of attention this season after emerging as La Viola’s first choice No.9.

Vlahovic, who joined from Partizan Belgrade as a teenager in 2018, has notched 12 goals in 27 Serie A games this term.

Scouts from Spurs and Roma are known to have been watching the forward. However, La Reppublica (as cited by the Daily Express) claims Milan have now joined the battle for his signature.

Tottenham are expected to be in the market for a new centre-forward this summer.

Serious doubts are beginning to emerge that Harry Kane may finally be looking to move on, while Carlos Vinicius is only on loan.

At this stage it remains to be seen if Spurs are willing to turn Vinicius’ deal into a permanent one. That would potentially cost them the best part of £36million for a player who has scored 10 times this season.

There have been varied reports over a potential transfer. However, it would appear that Tottenham are leaning towards not doing a deal.

The likes of Borussia Dortmund and West Ham have also been credited with an interest in the player.

At this stage, Fiorentina are not looking to sell the attacker, although a bidding war could drive up his fee.

A figure upwards of €50m has so far been mooted, which would be significantly higher than the fee for Vinicius.

The Brazilian put in an impressive performance in Tottenham’s win at Aston Villa on Sunday in a rare start.

Vinicius played up front alongside Kane, in the absence of Son Heung-Min, and notched his first Premier League goal.

Tottenham set to lose out in defender sale

Meanwhile, Tottenham have been told they are likely to incur a loss if they opt to move on a defender Jose Mourinho is reportedly ‘unable to trust.’

Tottenham are facing the bleak prospect of another season without Champions League football next season.

Despite holding a two-goal advantage in their Europa League clash with Dinamo Zagreb, Spurs crashed out in extra time of the second leg.

That leaves the Premier League as their only avenue of securing a place in Europe’s elite competition.

Defeat to Arsenal last week dented their chances, though a bounce back victory over Aston Villa kept their hopes alive. One player in particular was a major factor in their nightmare week. 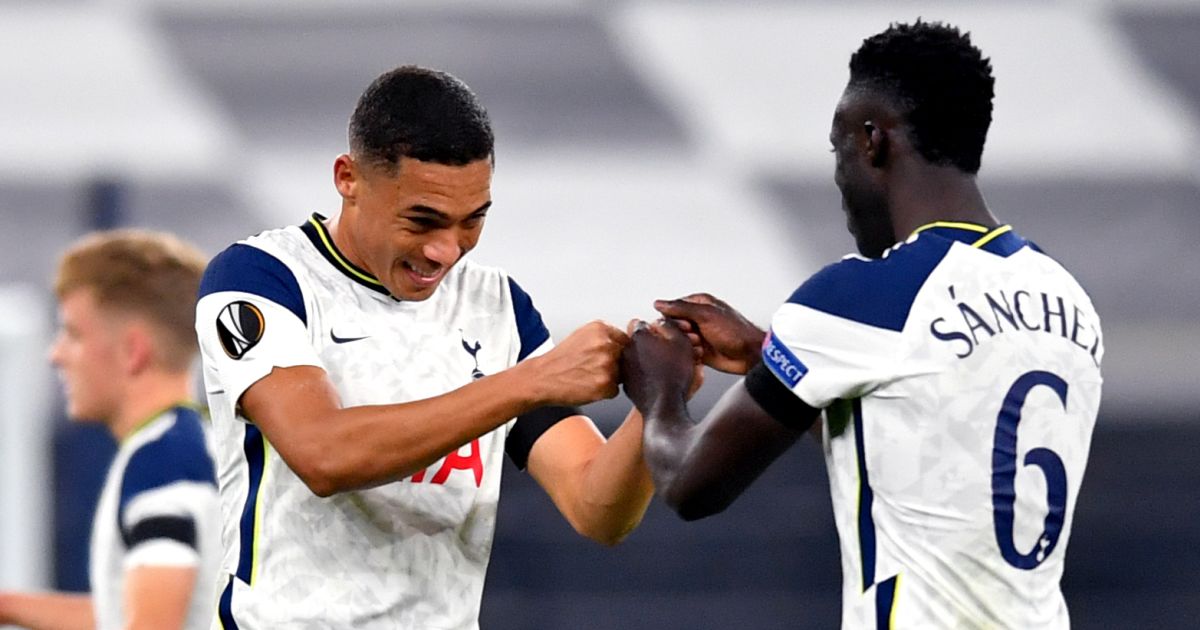 Davinson Sanchez has been in and out of Spurs’ first-team this term. A run of starts was eventually forthcoming since the beginning of February.

The Colombian controversially gave away a penalty that resulted in the game’s decisive goal. Four days later, he played 120 minutes in their ill-fated clash with Zagreb before looking shaky against Villa.

Sanchez struggling to live up to price tag

Signed from Ajax in 2017 for £42m, Sanchez was seen as a long-term project at centre-half.

However, a series of indifferent displays have seemingly earned him the ire of Mourinho.

Now, speaking exclusively to Football Insider, Kevin Phillips has declared that Tottenham will be lucky to escape with just a £10m loss if Sanchez is moved on, with Spanish outfit Sevilla most recently linked.

“I would say they could get to £35million if you include add-ons.

“Did they pay over the odds for him? I suppose when that time came around it might’ve been the right kind of money when you see some of the fees paid for other players.

“I don’t expect them to get the same back, they’ll probably be looking at about £30 or £35million come the summer.

“Tottenham will want as much as they can because it is vital they get two new centre backs if they really want to challenge next season.”

Indian spinners failing to make an impact in ODIs

New Episodes of Classic IMPACT! From 2008-2013 Available Every Thursday on IMPACT Plus – IMPACT Wrestling

Giants’ Daniel Jones back at Duke as training continues