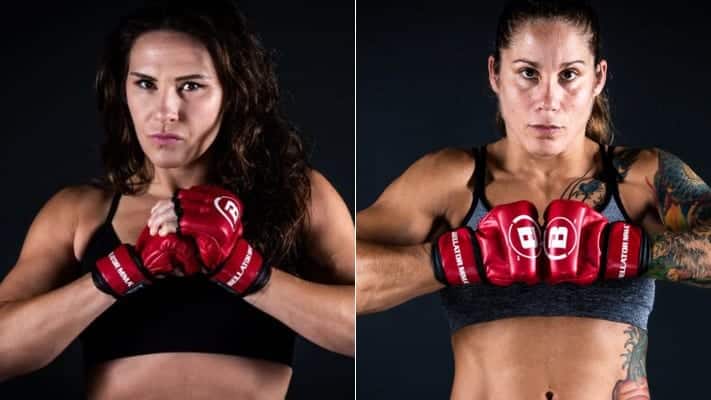 When Bellator launches on Showtime, it will do so with a couple of former UFC title challengers in Cat Zingano and Liz Carmouche.

The card will mark the sophomore appearances for both fighters after a pair of successful debuts.

Zingano entered the Bellator cage for the first time last September opposite Gabby Holloway. It was her first fight since December 2018 after being released by the UFC following a TKO loss to Megan Anderson that capped a 1-4 stretch. Zingano looked in fine form in her return, dominating Holloway on the way to a unanimous decision. In her next outing, she will face Olivia Parker. After starting her career 4-0, Parker made her Invicta debut in July 2020, losing by submission in 65 seconds.

The first female fighter to step into the UFC octagon, Carmouche was released by the UFC after going 5-5 and twice challenging for promotional gold. She quickly found a new home in Bellator and debuted with a third-round submission over DeAnna Bennett at Bellator 246 last September. She’ll now meet Vanessa Porto, who has quiet the impressive resume of her own.

A longtime staple of Invicta FC, Porto fought 11 times for the promotion, challenging for the flyweight title on three occasions. After falling short against Barb Honchak and Jennifer Maia in her first attempts, the third time proved to be the charm as she finally claimed the belt with a decision win over Pearl Gonzalez. Overall, Porto has won four-in-a-row and will look to keep her momentum rolling in her Bellator debut.

Zingano and Carmouche won’t be the only former UFC fighters featured at Bellator 256. The event kicks off the promotion’s light heavyweight tournament and showcases Ryan Bader, Lyoto Machida and Corey Anderson at the top of the card. Bader and Machida will square off against each other, while Anderson will welcome Dovletdzhan Yagshimuradov to the Bellator ranks.

Bellator 256 takes place at the Mohegan Sun Arena in Connecticut on April 9. The main card airs on Showtime at 9PM ET.

How do you think Cat Zingano and Liz Carmouche will fair in their fights?

Sarver got off easy as NBA moves goalpost despite repugnant behavior

Draymond Green on Grizzlies: “We’re not giving up a 26-0 run, that’s ridiculous”

Citi Open preview and predictions: Will Nadal win in his debut?

Lord’s clamps down on alcohol at the Hundred for family-friendly atmosphere : Cricket