FRISCO, Texas — After 16 seasons and 253 games, L.P. Ladouceur sees nothing but the good in his time with the Dallas Cowboys.

That time came to an end last week when Jake McQuaide was signed as a free agent to be the Cowboys’ long-snapper.

Ladouceur was about to go on a spring-break vacation with his family and celebrate his 40th birthday (March 13) when the Cowboys let his agent, Gil Scott, know they would be moving on to McQuaide. He was texting with Cowboys executive vice president Stephen Jones before he put the phone away for some family time.

“When I was told, I was right next to my wife [Brooke] and was like, ‘All right, the Cowboys are moving on,’ and she was like, ‘What?'” he said. “Did it affect me? Sure. It always does. But you look at the positives. There’s too many positives to worry about one little negative. I still have a ton of people in that facility that I love, that I enjoy speaking to. I’ve gotten a ton of texts and calls from everybody. So that’s really cool to see there’s a relationship with a lot people, and it just shows that I was loved and wanted and needed. And that’s been nice.”

What you need to know about the Dallas Cowboys:

The confluence of events that led to Ladouceur signing with the Cowboys in 2005 is something he has never forgotten. He was living in Sacramento, California, after having been cut by the New Orleans Saints in the summer and had gone through two workouts with the Buffalo Bills and Miami Dolphins.

The Cowboys had a rookie long-snapper (Jon Condo), who had struggled to start the 2005 season. With back-to-back games in the Bay Area against the San Francisco 49ers and Oakland Raiders, the Cowboys remained in San Jose for a week of practice. Ladouceur made the drive from Sacramento to the Cowboys’ hotel for a workout at San Jose State and was signed immediately.

After his first game against Oakland, he took the Bay Area Rapid Transit from the stadium to Berkeley to catch a ride with his then-girlfriend’s parents back to Sacramento. The next day, he was on a plane for Dallas and has called the Metroplex home ever since.

Ladouceur’s 16 seasons match former Cowboys tight end Jason Witten for the most in franchise history. His 253 games are second most to Witten’s 255.

“He was the face of the franchise for 16 years pretty much,” Ladouceur said of Witten. “He’s been a tremendous player, tremendous person in the community. So playing second fiddle to Jason Witten ain’t bad.”

Ladouceur was selected to the Pro Bowl in 2014. He never had a poor snap in a game, a count that he estimated has eclipsed more than 2,000.

“My first year was a struggle back in 2005. It was a week-to-week basis. Coach Parcells mentioned that to me very often,” Ladouceur said. “I understood my job is as a perfectionist or nothing, or you’re gone.”

Ladouceur is the last active player in the NFL to play for Parcells. He is the last Cowboy to have played at Texas Stadium. He went through training camps in Oxnard, California, San Antonio, Irving and Frisco, Texas. He played for four head coaches — Parcells, Wade Phillips, Jason Garrett and Mike McCarthy. He played for six special teams coaches — DeHaven, Bruce Read, Joe DeCamillis, Rich Bisaccia, Keith O’Quinn and John Fassel.

McCarthy thinks highly of Ladouceur, saying last December that the longtime Cowboys player is “very regimented in how he goes about it, very consistent in just the way he interacts with everybody and it definitely carries over to the field. I think the best compliment you can ever give a snapper you don’t need to talk to him very often.”

Three long-snappers, Zach Wood (Saints), Case Kreiter (New York Giants) and Charley Hughlett (Cleveland Browns), came to camp over the years with the Cowboys and learned from Ladouceur. No Canadian-born player has played more games than Ladouceur, who became an American citizen two years ago. 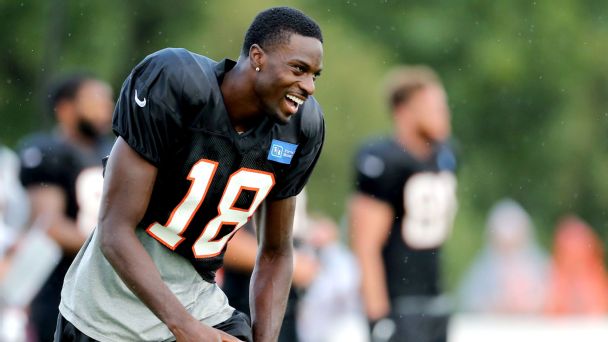 “I can’t remember who I was talking to about this, but a few years ago we were like, ‘If you spent 10 years doing the same job, no matter what the job is — a fireman, a teacher — if you stay there 10 years, that’s a helluva career,'” Ladouceur said. “Not a lot of people get to stay 10 years in the same organization in the same business. To think I did 16 years with the Cowboys, I feel like that’s a helluva accomplishment. The biggest accomplishment to me isn’t necessarily 16 years, but being able to be nimble and flexible to play with so many different regimes.”

The veteran long-snapper is not ready to retire. Ladouceur is in the middle of his normal offseason plan, working out at 5:15 a.m., and doing yoga multiple times a week. He would like to see what’s out there with another pro team. If nothing materializes, he will focus on the residential development business he conducts with Brooke and maybe get into some coaching or running clinics.

“I’m not thinking about retirement,” he said. “Obviously the years are definitely stacking up against me, but if it’s two more years? OK. One more year? OK. And if we’re done, that’s not a problem. I’m very satisfied with where I am in life and my career football wise.

“There’s one thing missing and that’s that elusive championship. That’s what you play for. But my body feels great. I feel like I can do this, give it a good shot and I can definitely help a club.”

Nick Diaz will “fight by the end of the year,” reveals his coach