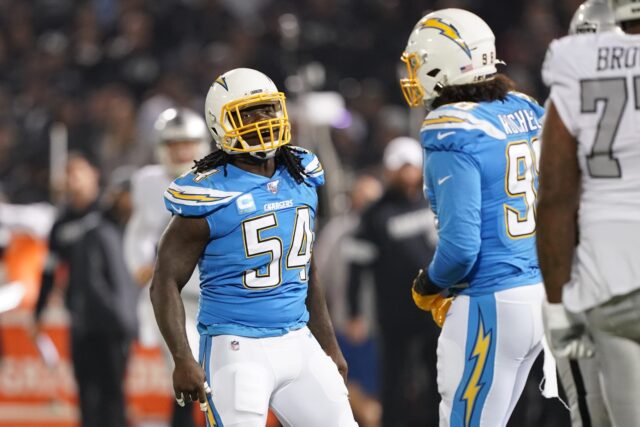 Heading into free agency, the Las Vegas Raiders had clear holes on the defensive side of the field that needed to be filled after their lackluster showing during the 2020 season.

The Raiders have a few solid young players in Clelin Ferrell and Maxx Crosby, but the duo had trouble stepping up and generating the pocket pressure defenses need to be successful. In order to remedy this, the front office decided to let go of Paul Guenther in the middle of last season and hired Gus Bradley in the offseason to be the team’s new defensive coordinator.

Bradley spent the past four seasons with the Los Angeles Chargers and should rejuvenate a Raider defense that has been sorely lacking. So far, the organization has allowed him to remake the unit in his vision after they signed Yannick Ngakoue to a two-year deal during free agency. Bradley and Ngakoue spent time together with the Jacksonville Jaguars, and the pass rusher should help Las Vegas get after opposing quarterbacks.

Aside from Ngakoue, it appears the Raiders are in on another former Bradley player as they are reportedly interested in signing Melvin Ingram per NFL Rumors.

Ingram had a disappointing 2020 season as he struggled with a knee injury that landed him on injured reserve twice, but the defensive end was productive when healthy. Ingram made three consecutive Pro Bowls from 2017-2019, recording 24.5 sacks during that span. He was also a sure tackler in the run game and even recorded two interceptions.

While there are question marks as to how Ingram will hold up going forward, there is no denying the level of talent he is. Teams can never have enough pass rushers, and Ingram is the type of player the Raiders should be taking a gamble on as he could significantly bolster their defense if things break right.

Romero vows to KO Tank in one

Nadal withdraws from Wimbledon and the Olympics