There has been a twist in the future of Manchester United outcast Sergio Romero, who could yet remain in Europe, according to a report.

Romero has fallen down the pecking order in recent years at United, much to his annoyance. He has pushed to leave in previous transfer windows but will remain under contract until June. After that, he has been linked with a number of possible destinations.

It had been expected that Romero would return to South America when his contract expires. For example, Boca Juniors could try to sign him as well as current United teammate Edinson Cavani.

But new information suggests that Romero may stay in Europe – although not with United.

A new contract is very unlikely, meaning the 34-year-old will have to find a new club. According to Plaza Deportiva, that could be in Spain.

The report claims that Romero is being eyed by Valencia as they search for budget reinforcements. As they continue to endure financial difficulties, they will need to find cheap targets.

Without a transfer fee, Romero very much fits in that plan. What’s more, his signing could be crucial, as they are expecting to sell current goalkeeper Jesper Cillessen.

Romero should get more playing time at the Mestalla than he has at Old Trafford, so it could work out well for all parties. 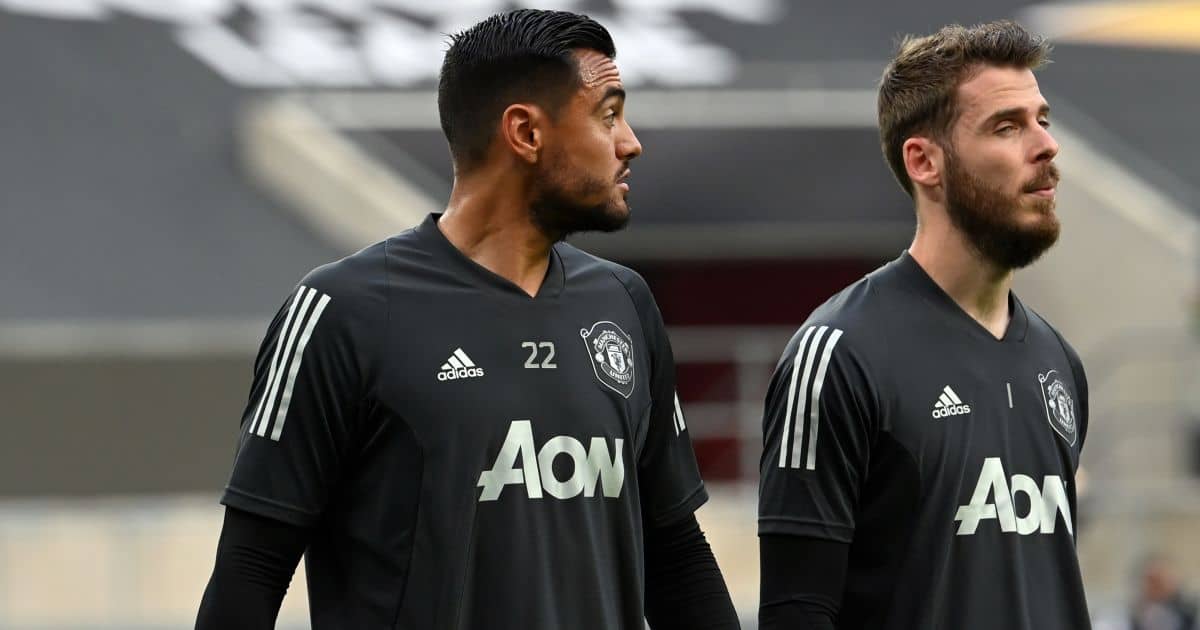 In addition, it is believed he would prefer to stay in Europe than move to another continent. However, his thoughts on Valencia are not yet clear.

It should also be clarified that the Argentine is not Valencia’s only candidate. They are also considering former Liverpool keeper Pepe Reina, for example.

While Romero’s imminent exit would not disrupt United too much, there has been speculation about the futures of David De Gea and Dean Henderson.

The pair have been battling for the number one berth this season. However, there are doubts about both of them.

De Gea is not the goalkeeper he once was and has been linked with an exit. Even so, he remains first choice – which in turn has led to Henderson considering his future.

A recent report from ESPN claimed that the club want to make a decision about who their number one will be next season before the campaign gets underway.

Senior figures seem to be split over whether it would be best to keep Henderson or De Gea. But time is ticking for them to make a decision, and they are determined to reach a conclusion before it’s too late.

Jake Paul Has ‘Given Up’ Boxing Following Criticism From Dana White

Too many races could stop F1 being “special”

What’s Next For Diamondbacks As They Look To Become More Competitive?