Fernando Alonso says he expects to be racing in Formula 1 for at least the next two years, and that he will be putting the lessons learned from the past two years away from Grand Prix racing to good use.

“I have learned so many things in the last two years outside Formula 1 that I’m curious to see how I can take those learnings into racing here again,” he said.

The two-time world champion returned to F1 last week in Bahrain two seasons after ending his time with with McLaren. In the meantime he has competed at Le Mans, Indianapolis and in the Dakar Rally before signing up with the Alpine team to return to Grand Prix racing.

“For sure a minimum two,” Alonso told Sky Sports F1 when asked how long he saw himself being back on the F1 grid. “I want to use the 2022 rules, but then after that I think I will see how I feel.

“I will see how the car feels because there are high hopes for the new regulations that the fighting will be better,” he explained. “We will be able to race closer to another car, so there are many things we have to discover in 2022.”

Alonso believes that his time away from F1 has helped him develop as a driver, and even that he has mellowed in “some aspects”.

“In an endurance championship you have to share everything with your team-mates, and work as a team player much more than in F1.

“I think there is a growth, not only on the professional side but also on the personal side, how you approach some of those races, even Dakar.

“It’s a professional challenge but also a personal challenge when you are two weeks in the middle of nothing with only your co-drivers.” 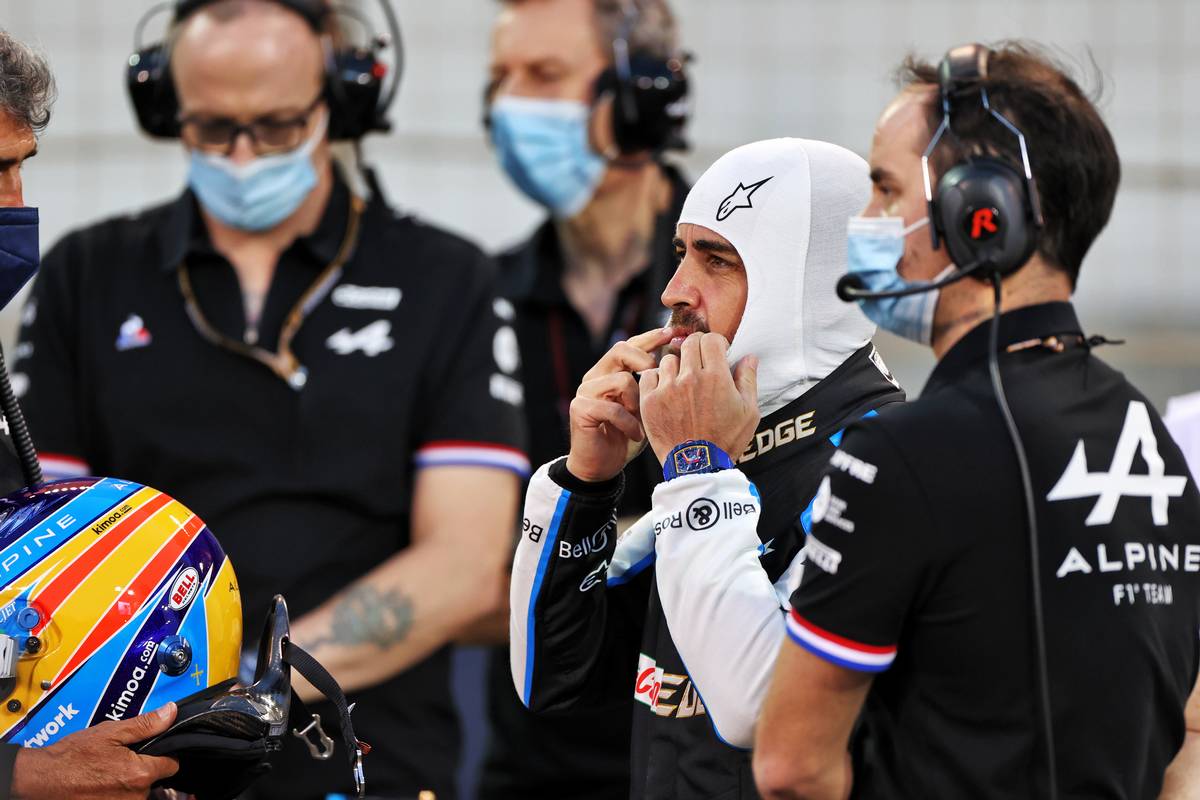 Having made his F1 debut with Minardi in Australia in 2001, Alonso is now one of the most experienced drivers in the sport with 312 GP starts to his name.

Asked what he felt had been his best season over the years, Alonso nominated his 2012 campaign with Ferrari where he won the second race of the season in Malaysia.

Seven different drivers clinched victories in the first seven outings that year, with Alonso becoming the first repeat winner with victory in the European Grand Prix at Valencia followed two races later he was also successful at Hockenheim.

But after that, Red Bull’s Sebastian Vettel pulled off a late surge with four back-to-back wins in Singapore, Japan, Korea and India to seal that year’s title by three points in the final standings.

As he approaches his 40th birthday in July, Alonso isn’t worried by rising talents suck as Max Verstappen or Mick Schumacher coming to the fore

“There are some amazing young talents on the 2021 grid and they are the future of Formula 1, I understand that, but on Sundays you don’t think that way.

“It’s true that I was contemporaries with Jos and Michael,” he said, referring to the sons of the two drivers.

“When you are in the car and you look in the mirror or at the car in front you are not thinking if it’s Mick Schumacher or Max Verstappen – you are just fighting with yourself.”

The post 'Curious' Alonso non-committal to F1 beyond 2022 appeared first on F1i.com.

Shakur Stevenson: “I Love Bud [Terence Crawford], I Think Canelo Is Great Too But I Feel Like I’m The Best Fighter In The World”