Patty Tavatanakit threatening to run away with ANA Inspiration


RANCHO MIRAGE, Calif. — At times Saturday, it was as if Patty Tavatanakit was playing a different tournament than the rest of the field at the ANA Inspiration.

Tavatanakit jumped out to a big lead with three birdies in her first three holes on the Dinah Shore Tournament Course at Mission Hills Country Club, then worked her massive drives and her hot putter into a third-round 5-under 67.

While it wasn’t even the lowest round of the day, the performance felt like Tavatanakit was blowing away the field like the warm desert breeze that blew across the course in the afternoon. She extended her 36-hole lead from one shot to five shots entering Sunday’s final round.

“If I am going to pull it out, it is going to be tough,” said the 21-year-old Tavatanakit from Thailand. 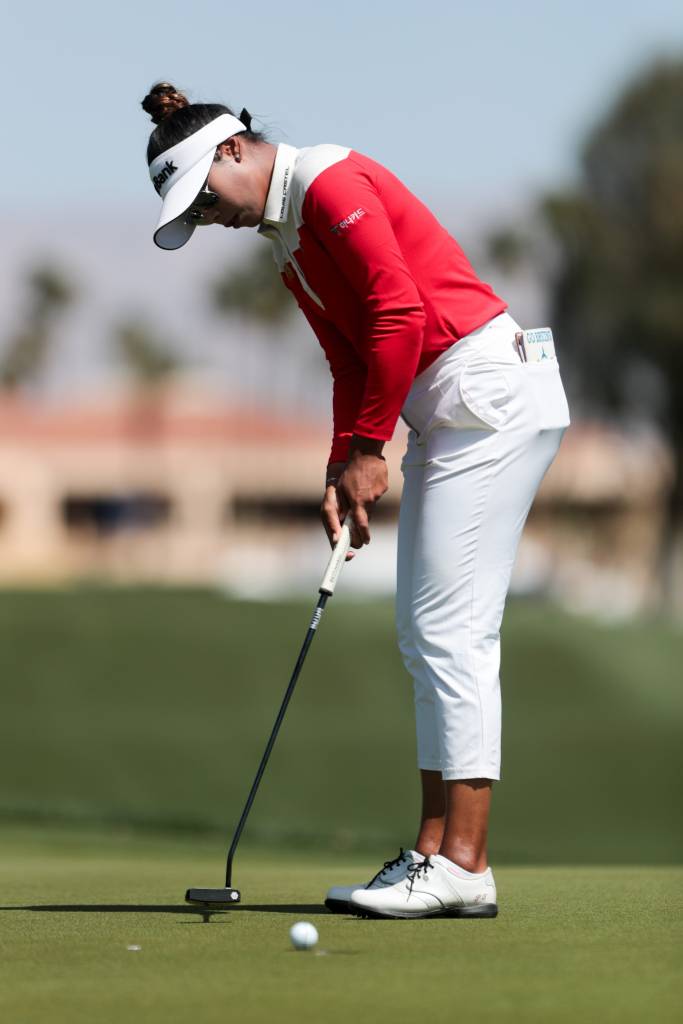 Patty Tavatanakit putts on the 1st green during the ANA Inspiration at Mission Hills Country Club in Rancho Mirage, California, on Saturday, April 3, 2021.

It’s possible that the conditions down the stretch made Tavatanakit think that Sunday might be a difficult final round. With temperatures reaching 100 degrees in the desert and the prevailing winds starting to blow harder, Tavatanakit made two bogeys and two birdies in her final seven holes and barely missed spinning her third shot on the par-5 18th hole into the lake in front of the island green.

But as a tired Tavatanakit finished the round, she knew she had played well and put the rest of the field behind her. And the player who has been chasing Tavatanakit all week continued to be impressed with the young budding star.

“She’s an amazing player,” China’s Shanshan Feng said after finishing 18 holes with Tavatanakit with an even-par 72 to drop into a tie for fourth. “I actually learned a lot from her.”

Feng said Tavatanakit is an example of the new generation of players on the LPGA, capable of not only hitting 300-yard drives but having a deft short game as well. 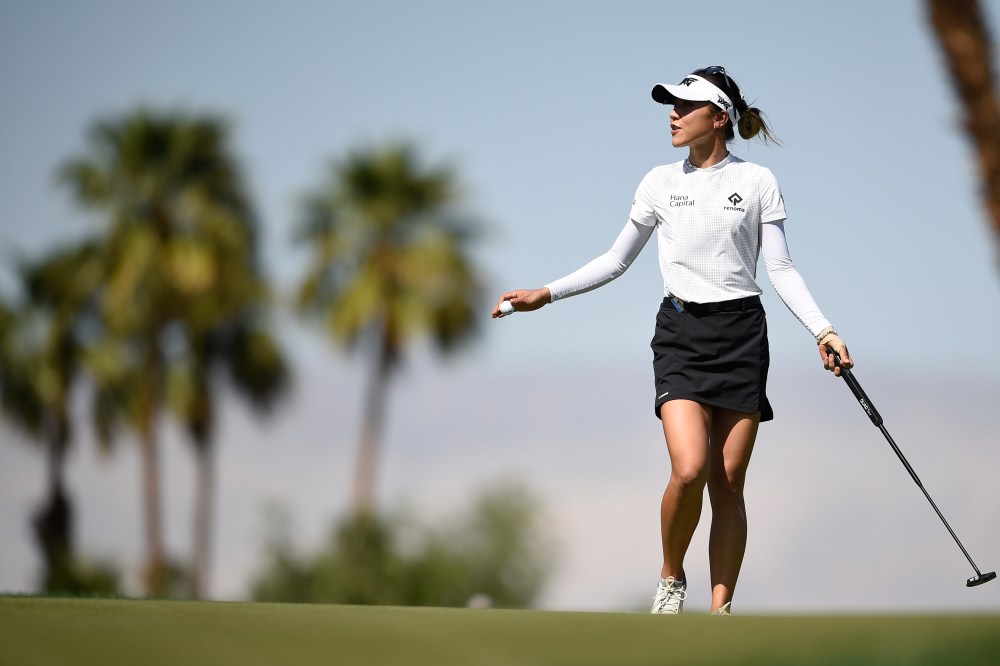 Feng will begin the final round of the major championship one shot behind American Ally Ewing and defending ANA champion Mirim Lee from South Korea. As she did last year, Lee has quietly stayed on the leader board with consistent play, shooting 69 Saturday for her 9-under total. Ewing fired the round of the day, a 6-under 66.

Inbee Park, struggling uncharacteristically on the greens, and Charley Hull are tied for fifth at 7-under going into the final 18 holes Sunday.

Still technically a rookie on the LPGA after the truncated 2020 season when she debuted on the tour, Tavatanakit is doing more than padding her lead in the rookie of the year race with her performances this week. She’s looking for her first LPGA victory and looking to become just the second UCLA Bruin to win a major on the LPGA, joining Mo Martin.

Her 14-under 202 score ties the tournament record for 54-hole scoring set by Pernilla Lindberg in 2018. Like Lindberg, who went on to win in a playoff over Park in 2018, Tavatanakit has now held the lead at the end of all three rounds. And she has a chance to reach 19-under, the 72-hole scoring record for the event set in 1999 by Dottie Pepper.

Tavatanakit started the day at 9-under with a one-shot lead over Feng. But with a characteristic powerful drive 33 yards past Feng and just 88 yards to the front edge of the green on the 385-yard first hole, the leader set up an opening birdie. She easily reached the par-5 second hole with an iron for a two-putt birdie, then rolled in a 15-foot birdie on the third hole to reach 12-under and stretch her lead to three shots.

“It’s always nice to have a good start,” Tavatanakit said. “It makes you feel a little bit more comfortable throughout the day.

After that, it was a matter of who could make a run at the Thai star as she continued to make birdies. Tavatanakit birdied the ninth hole for a 32 on the front nine, then added birdies on the 11th, 13th and 15th holes.

Other players like Feng and Park reached 9-under for the day at some point in their rounds, but Ewing’s 66 was the big move of the day. Lee, the defending champion, put together a string of three consecutive birdies on the back nine for her 68 to make a late move to tie Ewing at 9-under.

While Tavatankit thinks about playing the same way she has played the first three days in chasing her inaugural win on the tour, Feng, a 10-year veteran who didn’t play on the LPGA last year because of the COVID-19 pandemic, said she would also just go about her day trying to be happy and playing well.

“I can enjoy the whole process again, enjoy the four or five hours on the course,” Feng said. “My goal this week was just to make the cut and shoot maybe red numbers. I’ve done pretty well so far.”