Day 1 of the Championships at Randwick is here, and as usual a smorgasbord of quality racing awaits. The four Group 1s are a beautiful mix – open class weight-for-age and handicap, plus set weights for the two- and three-year-old’s. Sprinters, milers, stayers all on show. Bring it on.

The Doncaster Mile
We want nothing less than a capacity 20 horse field in a Doncaster Handicap, and once again we get our wish. It’s a race that never lets us down, but there are considerably less chances than 20 in this year’s edition. We are looking for horses that are in career best form yet still improving, and have thus beaten the handicapper to the line.

Avilius, Samadoubt, Star of the Seas, Olmedo, Shout the Bar, Gem Song, Zaaki, Aegon, Cascadian, Dalasan, I Am Superman, Rock, Nettoyer, Icebath and Wheelhouse are all fine horses, and you’d love to own any of them. But for the most part, we’ve seen what they can do, and they are just very unlikely to strike in this race.

Mugatoo is the market-elect, and while carrying the number one saddlecloth, he is actually well in at the weights after his glorious All Star Mile win. Four weeks between runs and another soft track give him every chance to claim victory again.

Think It Over has been flying all prep, taking out a Group 3 first-up, following it up with a narrow defeat second-up, splitting I Am Superman and Rock, before being a surprise winner of the George Ryder third-up. That win graduated him to Group 1 WFA, but didn’t see him penalised at the weights. He plummets 6.5kg’s from that race too.

Funstar is one you can make a case for if overlooking her plain run in the George Ryder as favourite, where she looked to tick every box. Perhaps she’s not as keen on wet ground as she was as a younger filly, but her run in the Chipping Norton behind Verry Elleegant keeps her in this as a value hope.

Best of Days is a rising eight-year-old, but has arguably never raced better. He nearly defied all-comers in the Australian Cup, and it took a proper WFA horse to beat him. For a galloper used to carrying big weights, 52.5kg’s is a gift – the last time he saw anything like this on his back, in 2018, he won the Group 1 Cantala Stakes at the Flemington Mile on Derby Day. He’s by far the best roughie in this, but he is better on top of the ground.

After a year and a half in the wilderness, Yao Dash has started to produce results befitting of the talent he showed as a younger horse, winning three races so far this year. He faces his acid test here, no doubt about that, but comes in off his Prelude win where he ran them ragged from in front.

Which leaves us with the three-year-old’s, and we know what record they have in this race given they fulfill a number of the criteria outlined earlier.

Mo’unga finally got his Group 1 in the Rosehill Guineas last start, finding the clear running that was denied him in the Randwick Guineas. He looks to only be improving from here too. The three year old colts do have the slows on them this season though.

Forbidden Love won the Surround Stakes two starts ago, and couldn’t have looked any better in doing it, bolting in by three lengths. She didn’t look perfectly weighted in the Coolmore last start against the older mares, and didn’t have the best of luck, but the 49.5kg’s assigned here looks far more attractive. She’s over the odds, at the least. 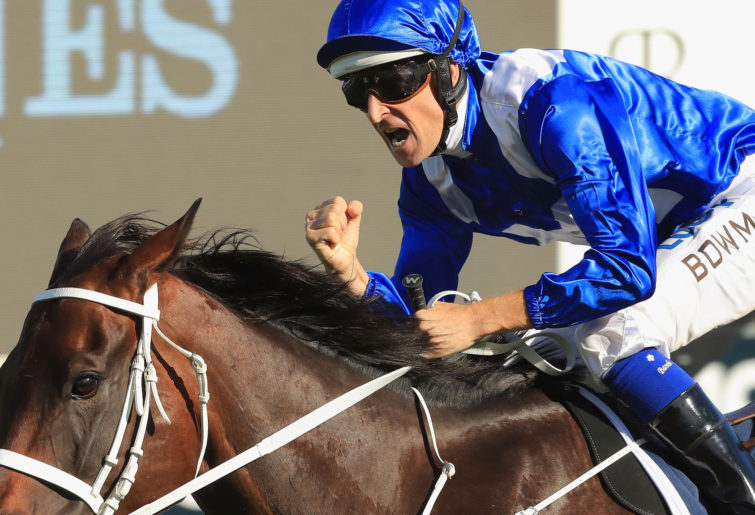 TJ Smith Stakes
My goodness, what a race this is. Not that we’d expect anything less from the TJ Smith. The ATC has done a sensational job putting the Everest and this race on the map, as the two marquee 1200m sprints on the Australian racing calendar.

The market has split the race into three tiers of chances – Nature Strip, Bivouac and Eduardo as the main chances, Masked Crusader, Haut Brion Her, Libertini and September Run as the main threats, and Zoutouri, Dirty Work, Eleven Eleven and Order of Command as the roughies.

Of the latter group, Zoutori was fourth behind Bivouac in the VRC Classic in November, but not far away from Nature Strip and LIbertini there. He’s since won the Newmarket Handicap with top weight, so can assume to have improved. Dirty Work has had a few shots at these types of quality sprinters and has proven a rung below them. It’s hard to think Eleven Eleven will measure up, and Order of Command will run well without winning.

So, to the main chances.

Bivouac and Nature Strip are two of the more enigmatic horses in work.

Nature Strip has five Group 1 wins to his name now, including this race last year in an ultra-impressive display on a heavy track. In-between these wins, he’s also been beaten as favourite at $2.30 or less in four other Group 1s. He was beaten fair and square by Eduardo in the Challenge Stakes last start, but broke the previous track record in running second.

Eduardo is as in fine fettle as a sprinter can be right now, following on from beating Nature Strip with a dominant win carrying top weight in the Galaxy. It’s doubtful a horse in Australia could have beaten him that day, and he loves wet ground. No reason he can’t win again.

It will take something special to top Bivouac’s VRC Classic victory as the win of the season. He blew away a quality field in effortless fashion, looking as fine an equine athlete as has ever been produced. But, he’s disappointed twice since. His best is enough to win, but will he produce it? Glen Boss has been moved aside to see if Hugh Bowman can unlock his secrets.

Can any of the second tier break through, and beat all of the main fancies?

Masked Crusader is clearly still on the up, having had a spruik on him for a long time. He’s starting to put it together now, but was he flattered by the rails bias at Moonee Valley in the William Reid?

Libertini and September Run were third and fourth respectively there, with the latter particularly enormous against the pattern of the night, hooking seven and eight wide on turn. Let’s not forget she did run Nature Strip to half a length in the Lightning too. Libertini needs good ground to be effective, which she won’t get.

The remaining runner is Haut Brion Her, who had a 2-0 record over Eduardo before the Galaxy, but couldn’t make an impression on this autumn version of that galloper there. 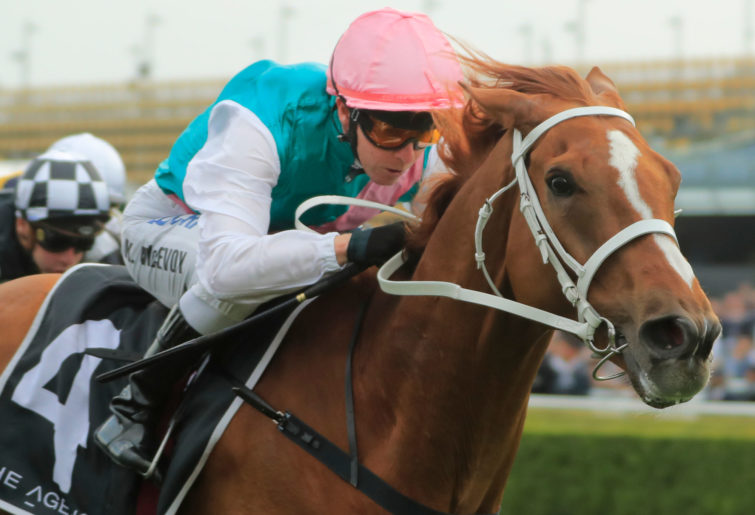 How good is Royal Randwick? (Photo by Mark Evans/Getty Images)

Australian Derby
16 horses will greet the judge for the Australian Derby, with only one filly among them, but that one holds favouritism over all others.

Montefilia has two Group 1 wins on her resume from back in the spring, the Flight Stakes over the fillies and the Spring Champion against the colts. Her third behind Mo’unga in the Rosehill Guineas at 2000m didn’t lose her any admirers, and she strikes this race third up.

The question mark, and it is a legitimate one, is whether she is a true stayer given she appeared to have the VRC Oaks at her mercy in the spring, but couldn’t run as strong a 2500m as the likes of Personal. Perhaps a few months maturity will give her that chance.

Four others from the Rosehill Guineas front up here, and it’s tough to split Sky Lab, Lion’s Roar and Khoekhoe. The first two have had more grounding, and have different racing styles. Khoekhoe should take more improvement out of last start, to at least close the gap.

Seven runners are backing up from the Tulloch Stakes last week, which has proven to be a hot formula for Derby runners in recent times – four horses have done the double in the last four years.

The market has decided that this isn’t the right form this year, but Yaletown surely has to be respected, especially with Hungry Heart form this prep as well. Young Werther has been grinding away and might be ready to strike now – he did run third in the VRC Derby at only his third start.

New Zealand colts so often make their presence felt in these races, and Rocket Spade is filling that role this year. He took out the New Zealand Derby last month, beating Milford into second. That horse wasn’t expected to feature in the finish of the Rosehill Guineas, and didn’t.

It’s a hard race to be absolutely confident about, especially given staying races for three-year-old’s are more prone to boilovers than other Group 1 assignments. 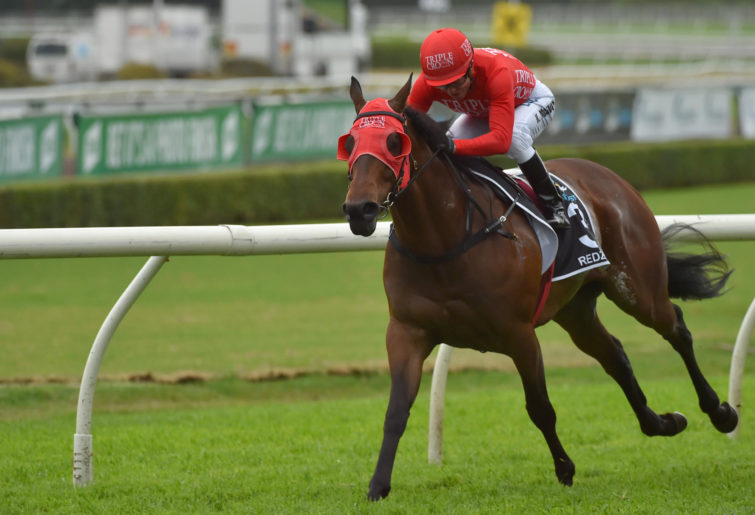 The Sires
The Sires sees the best two-year-old’s stretching out to 1400m for Group 1 glory. Some are looking to peak after running in the Golden Slipper, while others have bypassed that event to focus on this.

Anamoe appears to have a stranglehold on the Sires after putting the writing on the wall with placings in the Blue Diamond and Slipper after drawing wide barriers in big fields. He’s in a smaller field with a friendlier draw here, similar circumstances to what he faced in the Todman when he won in style. He shapes as the best bet on the card.

Four Moves Ahead and Captivant are the logical dangers out of the Slipper, although they couldn’t match motors with the James Cummings colt in the straight.

There are a few different formlines to consider if looking outside the Slipper. Lightsaber has strung a few wins together in Victoria, each one as impressive as the last. He should get the uncontested lead from a cosy draw, and can continue his winning ways if Anamoe can’t run him down.

Hilal is another that shouldn’t escape notice, and will be coming home like a hungry dog for dinner, but it’s hard to think he can run past Anamoe give he will likely settle behind him.

How Jim Clark's F1 stats still hold up, over 50 years on

Rice reveals England, Prem star has made him take ‘step back’ and think

Who will be the 4 overseas players in Rajasthan Royals (RR) Playing XI for IPL 2021?