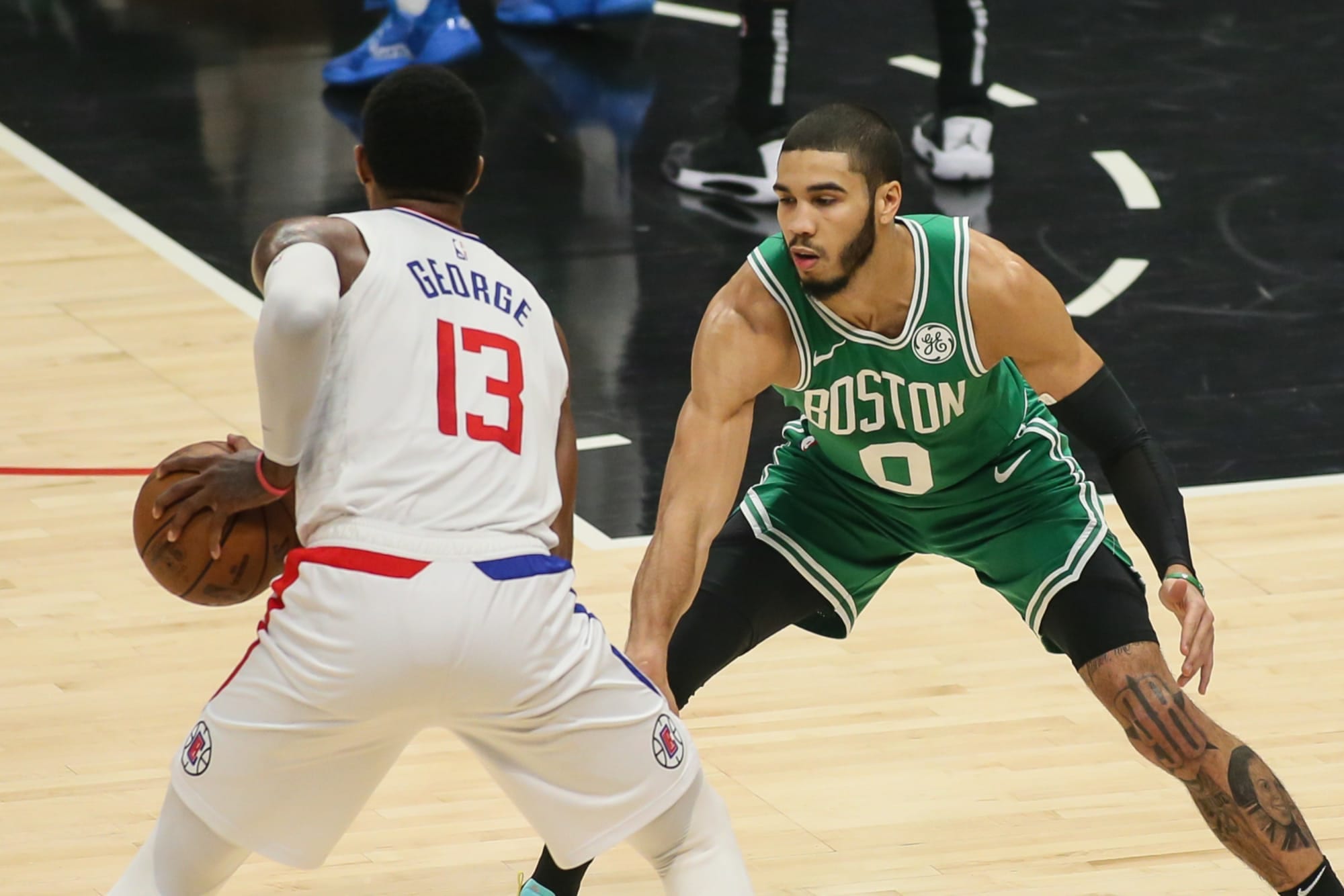 Los Angeles Clippers forward Paul George and Boston Celtics forward Jayson Tatum have been named the Western Conference and Eastern Conference player of the week respectively for week 16 of the 2020-21 NBA season.

Tatum set a career-high for total points scored during the week with a 53-point performance against the Timberwolves.

He also became the first Celtics player since Paul Pierce to score 25 points and grab 10 rebounds in three straight games.

George shot a staggering 61% from three during the week – which alone probably would’ve put him in the “player of the week” conversation.

This was George’s first player of the week award of the season.

Tatum previously won the player of the week award for the week of January 11-18.

Jason Kidd On 3-0 Series Deficit: ‘None of You Guys Had Us Here’

They Were TALKING TRASH To High Schoolers! Hansel Emmanuel Responds By Going OFF w/ ONE ARM!

Fury "Confident This Fight Is Going To Get Made In The next Few Days."

MACLAREN IN FRONT WITH ONE ROUND REMAINING AT BONVILLE

Does anyone actually want the job?

Aphiwe Dyantyi: I’m only getting started