The 23-year-old Briton, who will start 12th on the grid at Imola, was switching to his Mercedes power unit’s push mode in Q1 when he got sideways and ran across the gravel.

He was trying to leave the change to the last possible moment in order to gain the maximum benefit over his flying lap.

Reflecting on the concentration lapse, he compared himself to former Williams driver Maldonado, who made 58 F1 starts for the team between 2011 and 2013 in an eventful grand prix career that is remembered as much for the Venezuelan’s proclivity for incidents as his one-lap speed.

“It’s no secret that Mercedes are struggling a bit with the battery deployment, and every single metre gives you a metre at the end of the lap,” Russell explained after the session.

“So I wanted to go into that mode as late as possible, as in halfway through the corner, before I picked up the power.

“Tyres were a bit cold, I wasn’t fully concentrated. It contributed to a Pastor Maldonado moment!”

Russell was able to recover later in the session and he progressed to Q2 in 14th place, although he only just got round in time to beat the chequered flag.

“I only crossed the flag by two seconds, I believe, two or three seconds,” he revealed.

“I had Danny [Ricciardo] right behind me. He was planning to overtake me with the DRS. 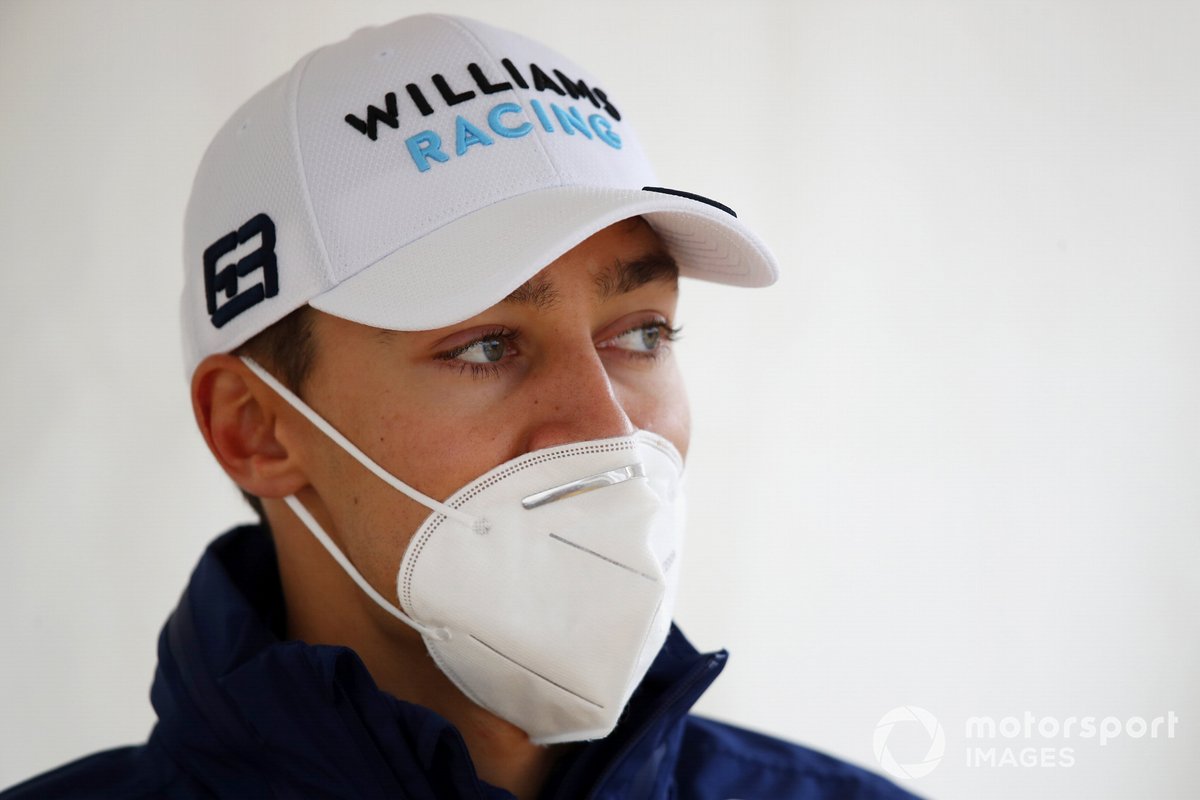 Russell subsequently ran a very strong lap on medium tyres at the start of Q2. He felt so comfortable that he was tempted to have another run on mediums, but the team opted to save a new set for the race.

He thus went out on softs and logged 12th place on the grid.

“I actually wanted to do my second set on the medium tyre because I was P10 at the time, or P11, with a medium, which was quite surprising,” he said.

“We obviously opted for the soft, and improved by three-tenths.

“It was still a very good lap, so all in all, really happy with Q2 to be in P12. It was better than expected before the session.”

Russell is confident that he can make amends for last year’s disappointment at Imola, when he lost a potential points finish with a crash under the safety car.

“I’d say the car is looking better for race trim than it is in quali trim,” he said.

“We’ve got we’ve got fastest car on the straight, so it’s all looking promising. But this is the true pace of the car.

“This may be one of our better circuits, but this is where I hope and expect to be for most of the season, in the mid-range of Q2 and hopefully at points fighting for Q3.”

Junior golf: These three players have set themselves apart with AJGA invitational wins

Significant Tottenham transfer is “signed” off as winger lands for medical