Pep Guardiola was delighted with Manchester City’s 2-0 victory over Crystal Palace but admitted this week’s European exploits had affected their performance.

The Citizens beat PSG 2-1 in the first leg of their Champions League semi-final on Wednesday. And they were back in action less than 72 hours later as Roy Hodgson’s Palace welcomed them to Selhurst Park.

After a scrappy first half, the match sparked into life with two goals in the space of 83 seconds. Sergio Aguero put City ahead with a clinical finish on 57 minutes before Ferran Torres added another less than two minutes later.

City will secure a third title in four seasons if Manchester United lose at home to Liverpool on Sunday. They were certainly worthy winners in south London after a much-improved second-half display.

And, a beaming Guardiola confessed that the trip to Paris had played its part during the first 45 minutes.

“I’m absolutely delighted with that after the Champions League,” he told BT Sport. “We could not play with much rhythm. We struggled a little bit but in the second half we deserved it.”

While refusing to accept that his men already have the title sewn up, the Spanish tactician did admit they are close.

“We can start to predict our future [in Premier League],” he added. “I will check on the Liverpool game. It’s in our hands and now we will give everything to beat PSG.”

Aguero will leave the Etihad stadium after 10 years this summer. He is already a club legend after becoming City’s all-time leading goalscorer.

But he is not done yet, with another top-flight title virtually in the bag and the Champions League challenge ongoing. Guardiola was gushing in his praise of the Argentinian. 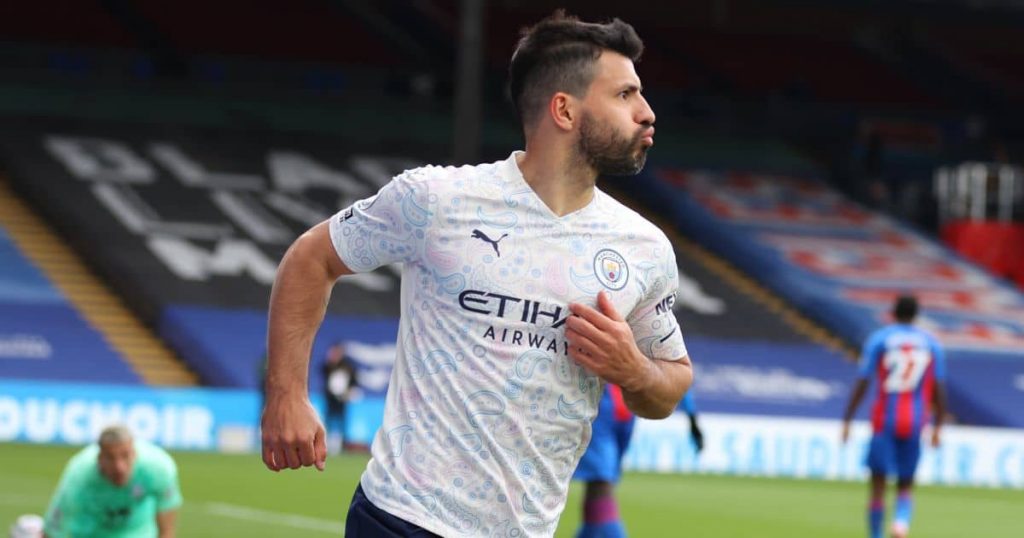 And the former Barcelona coach feels the veteran South American will be relishing his final few weeks with the club.

“What a goal, what an action, what a player, what a man,” he continued. “He’s going to enjoy the last games.

“He showed with his goal what he has been and what he is. I’m in love as a person, he is an incredible guy.”

City’s next task will be to secure their spot in the final of Europe’s elite club competition. PSG will arrive in Manchester on Tuesday, with the hosts holding all the aces after securing an away goal in France.

Oliveira vs. Chandler generated $24.5 million in economic relief for Houston

Joe Root bowling Ben Stokes out in the streets of London. Incredible send off : Cricket

Kane to send shockwaves through Tottenham in Monday Levy showdown

Four tied atop leaderboard at Live and Work in Maine Open; Svensson T9