Tyree Gillespie Not Concerned About His Role In Las Vegas 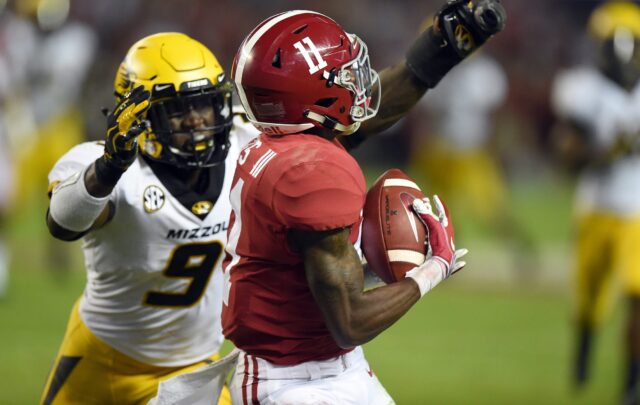 The secondary has long been an issue for the Las Vegas Raiders, and the team was clearly focused on addressing that need during the 2021 NFL Draft.

With their seven picks in the draft, the Raiders opted to take four defensive backs. Las Vegas got a steal in Trevon Moehrig with their second-rounder and added to their group by taking Divine Deablo in the third and Nate Hobbs in the fourth.

The Raiders also decided to take safety Tyree Gillespie with their fourth-round pick, and the safety opened up about meetings with the team.

“They told me they liked that a lot,” Gillespie said. “I’m a very valuable player. I’m versatile, so they could just put me on the field anywhere and I can make plays.”

Gillespie is a physical safety who is not afraid to play in the trenches, and he acknowledged that is one aspect he enjoys about his overall play style.

As far as his role with Las Vegas, Gillespie noted that it does not matter to him where he is and that he is confident that he can make things happen from any spot.

Head coach Jon Gruden has an affinity for tough-nosed players who play with a chip on their shoulder, and Gillespie definitely fits that mold. The Raiders were eager to take Gillespie as they traded up in the draft to get him, and the Missouri product should fit in with new defensive coordinator Gus Bradley’s schemes.

With a heavy focus on the secondary, there are few excuses left for the Silver and Black to make on that side of the field. Hopefully, Gillespie can come in and shore up that weakness when the 2021 season comes around.

Instead of hating and criticising, you could actually just sit back and admire the greatness of the Crusaders

‘I arrived at Monte Carlo in very good shape but…’

Miami Grand Prix is added to the 2022 F1 calendar

Stevie McKenna: ‘I like to model my boxing style on Tommy Hearns’