Liverpool are the only Premier League side likely to sign Rodrigo de Paul this summer amid claims in Italy that the Reds have already established contact over his transfer.

The Udinese star was strongly linked with Leeds last summer as they prepared for their return to the Premier League. His asking price of €35m was too steep for what United were willing to pay and a bid never materialised. However, they continue to be linked and he reportedly remains a player of interest to Marcelo Bielsa’s side.

Those talks were given a further lift this week when it was claimed Udinese could accept a reduced fee for their talismanic star.

Reports in Italy claim that De Paul will leave Udine this summer. However, they state there are just two suitors for his signature – Liverpool and Inter Milan.

Indeed, FC Inter News states the Reds have already established contact with his agent. The Udinese star is represented by Augustin Jimenez, who also has the likes of Angel Correa and Thiago Almanda on his books.

However, it’s claimed Liverpool have turned to Mino Raiola to help broker the deal. The super-agent apparently having a good bond with Udinese’s owner, Giampaolo Pozzo.

They claim Liverpool will be rivaled by Inter Milan over a summer deal. The newly-crowned Italian champions are planning for next season and boss Antonio Conte is a huge fan.

Indeed, they claim he could sacrifice several squad members to help fund a move for De Paul.

Either way, it seems like a straight fight between Liverpool and Inter to sign the 26-year-old this summer.

As per the article, Udinese hope the battle between Inter and Liverpool could even drive De Paul’s price higher. As such, they state his fee could reach as much as €50m (£43.7m) this summer.

That might seem pricey, but given he’s contributed to 44% of Udinese’s goals this season (eight goals, nine assists) in a struggling side, they might see it as money well spent.

Hopes of a transfer for De Paul have been given a further boost after Udinese manager Luca Gotti admitted he would not be shocked if the star moved on.

Speaking to DAZN, he said: “De Paul has been here for five years. Every time he gets his head down and works harder than ever before. We’ll eventually sit down and work out a common strategy [on his future]. 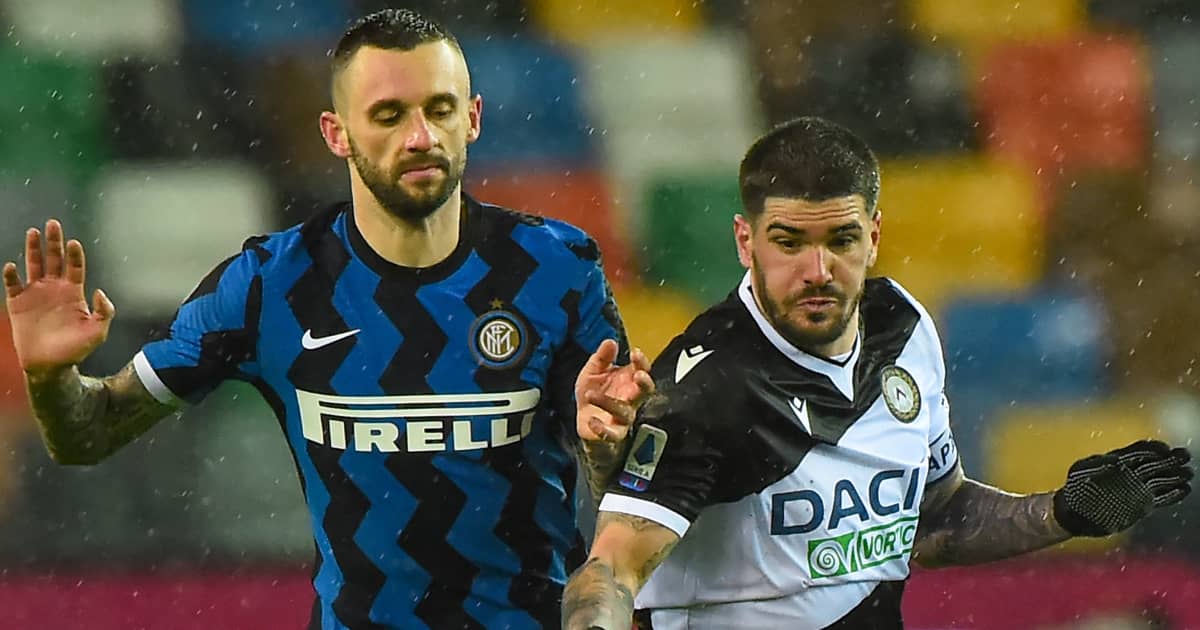 “He is mentally so strong as he goes on international duty with Argentina. He shares a locker room with players from Barcelona, Manchester City and Paris Saint-Germain. Yet every time he comes back here to Udine and works harder than anyone.

“You couldn’t blame him for being tempted (by a move away).

“Alongside the growth of the player, which everyone has been able to witness on the pitch, I also saw De Paul grow as a person over the last two years.

“He has this leadership within the squad that comes from a place of positivity. There are different ways to be a leader, some are authoritarian. But he has this sort of halo of positivity that spreads out and envelops everyone around him.”

Muay Thai in the Cage recap

Philadelphia Eagles trade up with Dallas Cowboys, get DeVonta Smith with 10th pick in NFL draft

5 important goals for the Cleveland Cavaliers this offseason

Update On WWE Releases (And It Isn’t A Good Thing)

Vital to capitalise on “rare off-day” for Mercedes

Jimmy Butler believes Heat is a ‘championship-caliber team,’ tough to beat when clicking in all cylinders