Australia’s Ash Barty is brimming with confidence ahead of her opening match at this week’s Italian Open. 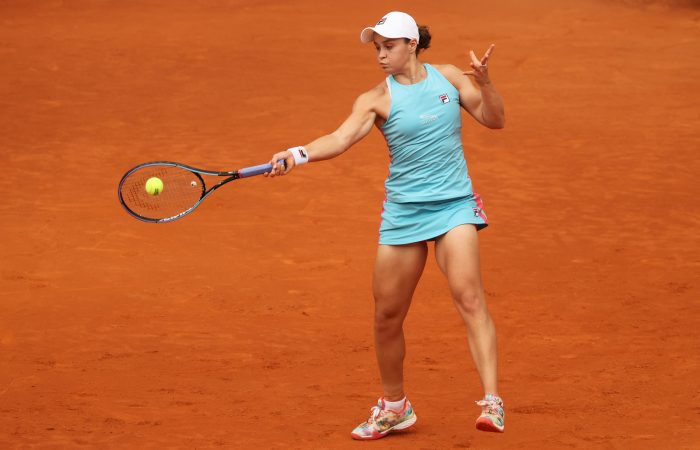 Momentum is powerful in tennis – and Ash Barty has an abundance right now.

The world No.1 has built a 17-2 win-loss record over the past two months, claiming titles in Miami and Stuttgart to extend her lead atop of the WTA Tour rankings. Impressively, nine of these wins have been against top 20-ranked opponents.

“This stretch has certainly been pretty full on and really exciting,” said Barty, who opted not to compete overseas last year due to the COVID-19 pandemic.

“(It’s) been really nice just to play matches again. I think getting into the swing of things, used to playing week after week is important. Mentally and physically I feel good. It’s just about now preparing as best that I can to play here in Rome and try and play well.”

The top-seeded Barty, who had an opening-round bye, begins her Italian Open campaign tonight against Kazakhstan’s Yaroslava Shvedova.

This is Barty’s fourth appearance in Rome, where she is a two-time doubles champion. Singles success has so far eluded the 25-year-old Australian, having yet to advance beyond the third round.

“Each and every year the conditions (in Rome) are a bit different. Depends on the weather, as well,” noted Barty, who was a finalist last week in Madrid.

“If it’s warm, it’s different to when it’s cold or rainy. I think we just prepare as best we can for the conditions that we think we will play in, and then whatever those conditions are on the day that we play, we adapt and try and do the best we can.”

Not planning to return to Australia until the completion of the season, Barty is travelling light. This has meant, due to her recent success, she’s had to make several visits to post offices.

“I’m very lucky to be in a position in the last few weeks where we have been playing for titles and it’s been really exciting,” she said. “Thankfully we are able to ship those home, which are a nice surprise on mum and dad’s doorstep.”

Sinner vs. Kokkinakis, Alcaraz vs. McDonald

Superman star sounds off on Novak Djokovic US Open ban

PRI on the move to America’s racing capital

Too many races could stop F1 being “special”

Why Draymond Green is the MVP of the Warriors, not Stephen Curry

Is it time to hit the refresh button?