Everton manager Carlo Ancelotti is willing to sell defender Mason Holgate despite his recent contract extension, according to a report.

The Toffees have overall enjoyed a strong season in Ancelotti’s first full campaign in charge. After finishing 12th in the Premier League last term, the Merseysiders are battling for a Europa League finish. They currently sit in eighth, level on points with West Ham in seventh and two off sixth-placed West Ham.

Last summer’s key signings have helped Everton greatly this season; Abdoulaye Doucoure has impressed, while fellow midfielder Allan has added mettle to the side. James Rodriguez impressed early on, but he has struggled since.

At the back, meanwhile, Ancelotti hailed ex-Norwich man Ben Godfrey for his standout debut season at Goodison Park.

According to Football Insider, however, Ancelotti still has concerns about his defence. The source reports that he wants ‘A-list’ signings in the coming months, including a ‘top’ centre-back.

Napoli’s Kalidou Koulibaly is on their radar, but to sign him they would have to offload some of their current talent.

As such, Ancelotti is reportedly willing to get rid of Holgate, despite his rise over the season.

What’s more, the manager admirers the Englishman’s ‘versatility’; the centre-back can also play in midfield and can operate in back threes and back fours.

However, the Italian manager is not totally convinced and could sell him.

He only signed a new five-year deal last March and is a regular starter in Everton’s team.

But interest from elsewhere proved a key motivation behind him extending his terms last season. 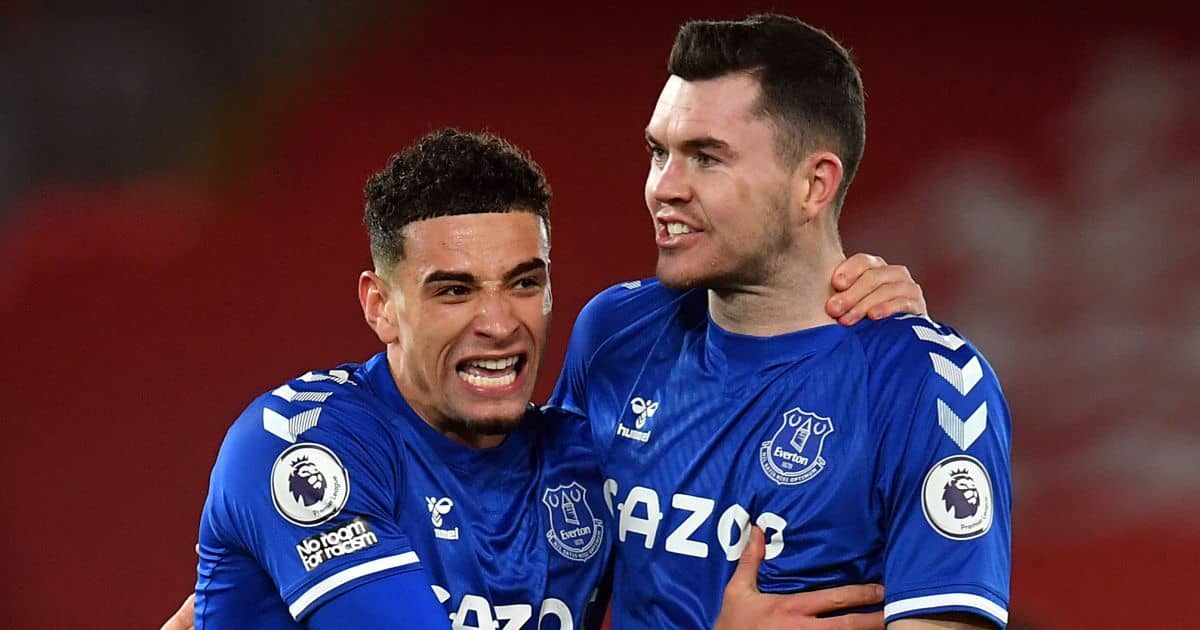 Speaking about Godrey’s talents on Friday, Ancelotti was asked if the centre-back could make Gareth Southgate’s England squad for Euro 2020.

He said: “For me I don’t know. All I have to say was his season was really good, he was a fantastic signing in the summer.

“I don’t know if he will go to the Euros. It’s not my problem, it’s not my decision. I think England has fantastic defenders.”