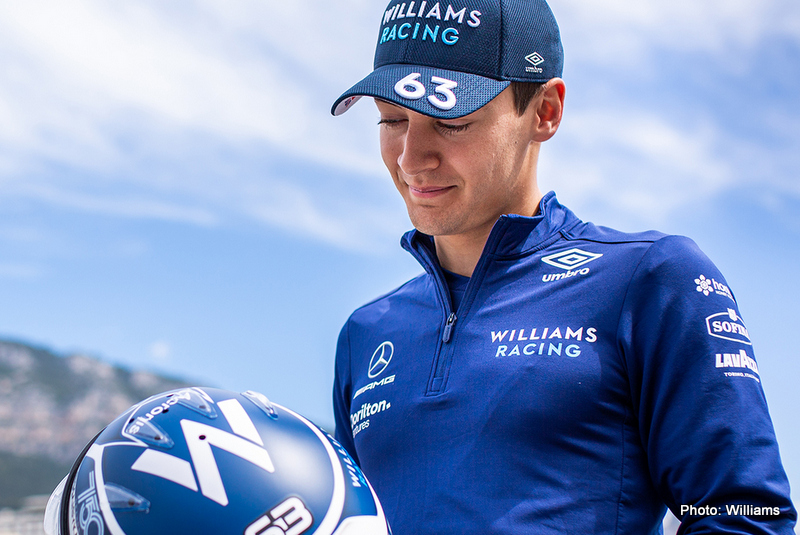 George Russell has admitted that he would like his next contract “to be for a couple of years”, with his current deal set to expire in the off-season.

Russell is under contract with Mercedes but has spent the first two and a bit years of his Formula 1 career with Williams, a Mercedes customer.

Many expect Russell to race for the Silver Arrows next season as a replacement for Valtteri Bottas, with the 2018 F2 champion impressing on his one Mercedes outing at the Sakhir Grand Prix last season.

Speaking ahead of the Monaco Grand Prix, the 23-year-old was giving little away but revealed that the “consistency to be able to grow and progress” was important for him moving forward.

“I definitely think in the position I am currently, being a free agent as such, going into next year is a good position to be in,” Russell said. “But I think stability and longevity is important.

“I think it’s so clear with people moving around recently how difficult it is to jump in and adapt to a new team.

“Wherever I find myself next year let’s say, I’d like it to be for a couple of years as it’s so important to have that consistency to be able to grow and progress.”

Russell has been very impressive in qualifying to start the 2021 season and acknowledged that his Saturday performance could prove crucial in Monaco.

“Our Saturday performances have been very strong and obviously here, more so than ever, qualifying is the most important,” he added.

“On a track like this, it can be the difference between P15 and P9.”

When Prithvi Shaw Lost the Count of Deliveries

Selecting an NBA/NBL Dream Team is a nightmare