Pro Football Focus recently released their list of the 32 best tight ends entering the 2021 season. The top of the list isn’t difficult to figure out — Kansas City’s Travis Kelce, George Kittle of San Francisco and Darren Waller of the Raiders — but then the list becomes a bit subjective.

Analyst Ben Linsey lists Atlanta Falcons rookie Kyle Pitts — the No. 4 overall section in this year’s draft — as his No. 4 ahead of Baltimore’s Mark Andrews and Pro Bowler T.J. Hockenson of Detroit. He probably isn’t wrong in doing so, but still, Pitts has never played a down in the NFL. 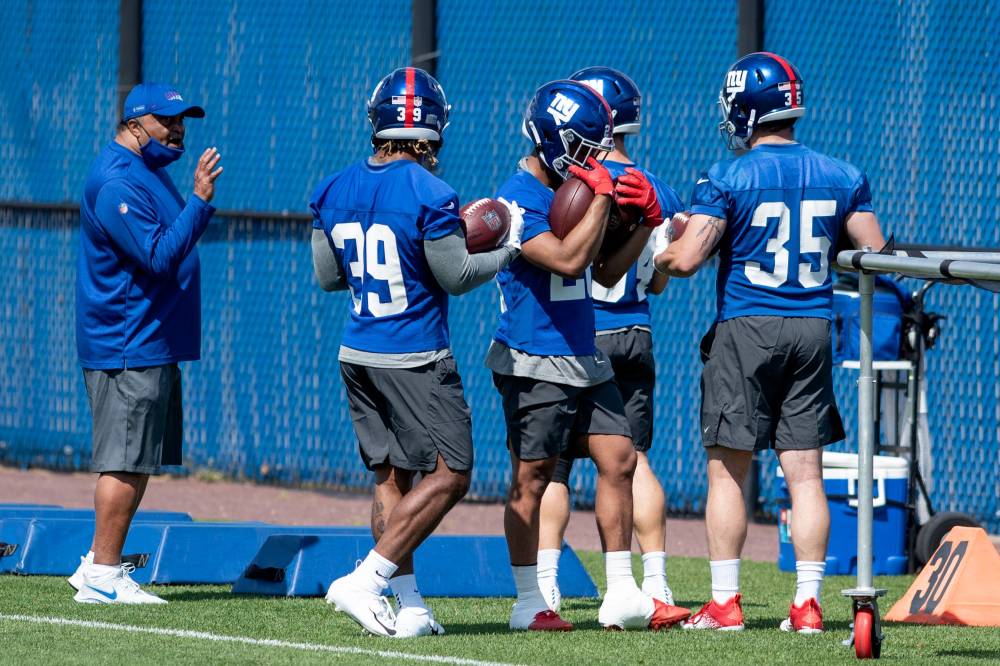 Speaking of Pro Bowlers, where did the New York Giants’ two tight ends land on the list? Right in the middle of the pack. Evan Engram came in at No. 19, right in front of Kyle Rudolph, who the Giants signed in free agency in March.

The Giants picked up Engram’s fifth-year option last season despite an underwhelming start to his NFL career. He followed that decision up by posting the lowest PFF grade of his career in 2020 (60.5) and averaging a career-low 1.28 receiving yards per route run.

The talent and athletic ability that led to him being drafted in the first round of the 2017 NFL Draft is still there. Engram just needs to stay on the field and deliver with more consistency. His 25 drops across four years in the NFL are two more than any other tight end in the league over that span.

It is surely a “show me’ season for Engram, who the club has repeatedly avowed their love for over the past two seasons despite his shortcomings. He is still a ‘tweeter’ which is why the Giants felt the need to add a more traditional in-line tight end such as the veteran two-time Pro Bowler Rudolph.

Rudolph will now be part of a much-improved Giants receiving corps after raising concerns about his usage last season in Minnesota. He isn’t going to serve as a field-stretcher, but he does have some of the most reliable hands the position has to offer. Rudolph has dropped just two passes in the last four seasons combined. As noted above, that’s a stark contrast to his new running mate Engram, who dropped eight passes last season alone.

The Giants are hopeful that the new roles will suit both these two players and the offense. But, what will Engram’s role actually be? That has been part of the problem with him. He’s had three head coaches and all three haven’t been able to tap into his potential.

Where is Peng Shuai and When Will we Know?

At The Masters, some come to see golfers, others to see gnomes

Noah Rubin’s “Behind The Racquet” • With • Daniil Medvedev | Tennis 10sBalls