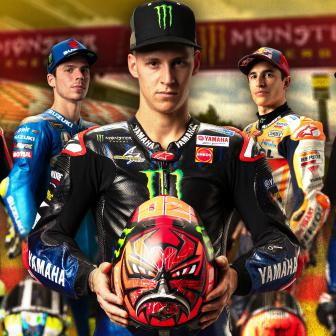 Ducati, meanwhile, arrive from a slightly more muted weekend. It was supposed to be their turf at Mugello, but with Francesco Bagnaia (Ducati Lenovo Team) crashing out early on after having been the fastest Borge Panigale machine, it was left to Johann Zarco (Pramac Racing) to pick up the baton. And he put on a real show duelling Quartararo early on, before then just slipping from the podium places into fourth. He’s second in the standings, however, and is always a threat. His teammate Jorge Martin also returns from injury this weekend, so that’ll be something to keep an eye on in the Pramac garage.

Global Series begins with a bang after opening races

Roberto Moreno 2021 Beyond the Grid interview

Can the Cowboys take advantage of forgiving 2021 schedule?

Godfather and Gorney Podcast: Which team is the next Clemson?

Every single time Rahul Dravid screamed, he would say, ‘Why am I doing this?’

IPL 2021: Players missing in action this season due to Covid-19, bubble fatigue or injury