The 2020 PGA champion and four-time PGA Tour winner said Muirfield Village Golf Club was love at first sight and his play on the Jack Nicklaus-designed course bears that out.

In his first start here in the Workday Charity Open last year, a tournament that replaced the canceled John Deere Classic, Morikawa defeated Justin Thomas in a playoff. The following week, he tied for 48th in the Memorial Tournament.

And on Thursday in the first round of the Memorial, the world No. 6 took up residence at the top of the leaderboard with a sterling, 6-under-par 66 to get clear of the field by one shot.

“I knew this was a place I was going to love for the rest of my life,” Morikawa said of the first time he saw the course.

Fast and firm or soft and long, as it played in the first round due to persistent rain for 48 hours, Morikawa finds a way to score. He now has shot 66 three times and 65 once in his nine trips around the Nicklaus course.

Not even a two-hour delay due to inclement weather marred his latest round, as he racked up seven birdies against a lone bogey. And Nicklaus’ renovation of the entire course didn’t throw Morikawa.

He is a shot clear of Adam Long, who had six birdies and one bogey in his 67. In a tie for third two shots back are world No. 5 Xander Schauffele, Rafa Cabrera Bello, Nick Taylor and Bo Hoag.

After play was suspended for two hours, another delay arrived from the skies at 4:17 p.m. ET and eventually halted played for the day. Half of the field did not complete play, including Rory McIlroy, Jordan Spieth and Bryson DeChambeau. McIlroy was 1 over through two holes, Spieth 1 under through three and DeChambeau 2 under through three.

Play is scheduled to resume at 7:30 a.m. Friday. The forecast for the next three days does not include rain.

“It fits my eye off the tee a lot,” Morikawa said of his affinity for Muirfield Village. “There’s only a couple tee shots where I might not be able to hit my cut as well as I want to. But other than that if I keep it in the fairway, I feel like I’m hitting kind of a lot of 9-irons, 8-irons and 7-irons and that’s kind of what I’ve based my game on the past couple years and when I’m able to put those irons in my hands I feel like I can attack pins.

“I can be smart and give myself maybe some closer birdies than other guys can and obviously we rolled in a few today and just got to keep that up.”

Long, who is looking for his second PGA Tour title, got his week started on a good note when he played the 15th and 16th holes in a practice round under the watchful eye of Nicklaus.

“It was pretty surreal,” Long said. “We get to 14 green and we look up, I had to do kind of a double look, and it was Mr. Nicklaus sitting in a golf cart there on 15 tee just waiting for us. So we finished 14 and walk over and say hey and he’s like, ‘Hey, I just wanted to see somebody play 15, I hadn’t seen it played yet.’ And I’m like, oh, boy. So it got my nerves pumping there pretty good early in the week for sure. But we played that hole and he followed me all the way up and hit a bunch of chips around the green and talked about the changes to that hole. And then he went over to 16 as well and we probably hit three tee shots there on 16.

“So it went by quick. Obviously, a hero of mine and being here at the Memorial Tournament having Mr. Nicklaus watch you play golf is, it’s a pretty awesome experience.”

Check the yardage book: Muirfield Village for the Memorial Tournament 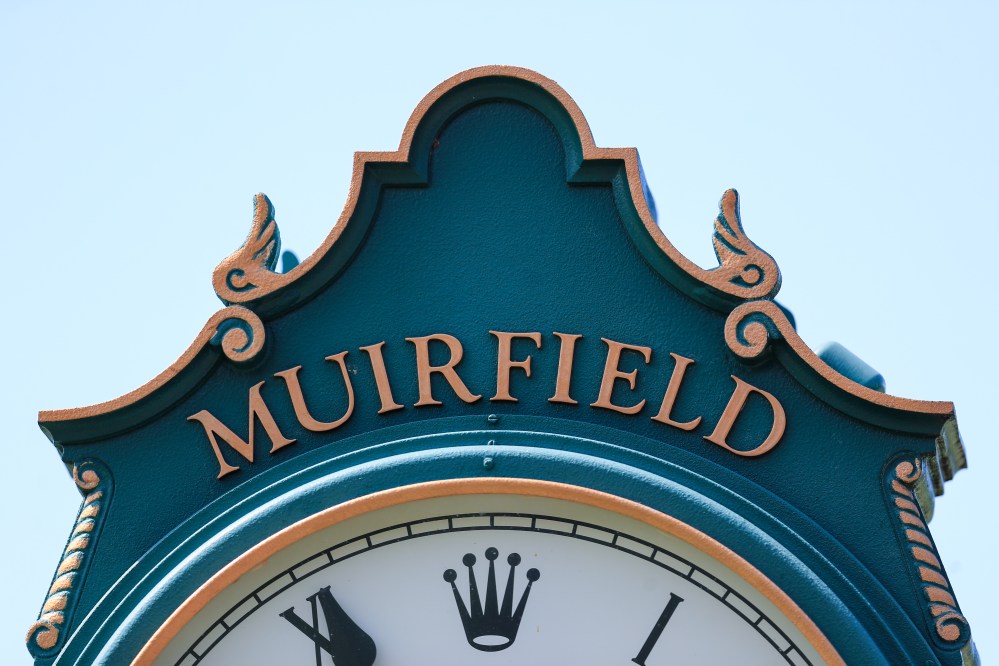 Bland, Henley share lead in a US Open that is really open; Hughes T7, Hadwin T13

Golf Business News – Open Championship to host up to 32,000 fans per day

Meet Sol, the official mascot of the 2023 Solheim Cup

Roland-Garros 2021 Preview Day 6: Is it too early to start worrying about Dominic Thiem?

Watch: Kemar Roofe is sent off after horror kung fu tackle on goalkeeper

Running out of superlatives for Jimmy Butler