Matchroom And DAZN Deal Made Official 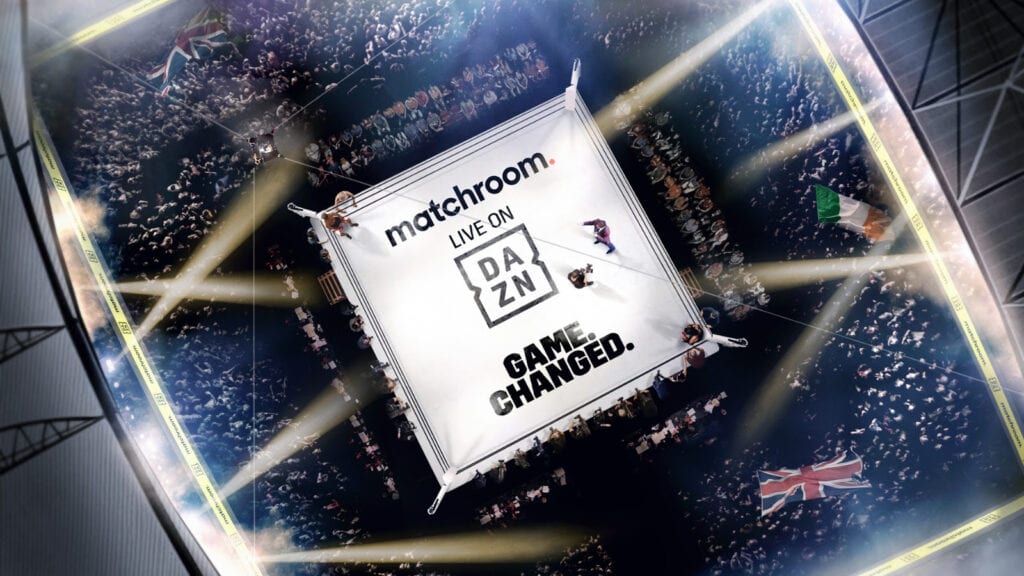 On Thursday Matchroom Boxing and the streaming service DAZN made official a five-year global deal for rights that officially ends Matchroom’s long standing deal they had with Sky Sports in Britain.

The last Matchroom show on Sky will be on June 12, when Lewis Ritson faces Jeremias Ponce in Newcastle. The deal with DAZN kicks off with the “Fight Camp” series, beginning on July 31 and running for three successive Saturday nights. The switch to the all streaming platform ends a relationship that started in boxing between Sky Sports and Matchroom back in 1994. That’s when Hearn’s father, Barry, moved Chris Eubank’s fights to the then fledgling satellite channel.

The announcement also re-enforced the global expansion and commitment to more boxing content on DAZN. We’ll see all of that trickle down in the coming weeks, but in the United States and in the press release, it mentioned the boxing content that was already established on DAZN. This is, such as “The DAZN Boxing Show,’ the ’40 Days,’ series and ‘Making Of” series alongside nonstop highlights, clips, interviews, behind-the-scenes content, and classics that airs on the app.

As part of the ground-breaking move, at least 16 Matchroom UK fights be available exclusively on DAZN in the UK and Ireland annually, as well as round-the-clock original content and programming. pic.twitter.com/yKpmWmYG3t

Matchroom Boxing Chairman Eddie Hearn said in the press release: “We have made the monumental decision to sign a historic 5-year deal with sports streaming giant DAZN. This means that our UK events will now be broadcast live on DAZN along with all Matchroom shows across the world. Pushing the boundaries is something we will always continue to do and we needed a partner that shared our vision for boxing, and who was also willing to make the investment to make those dreams a reality.

This is also an amazing opportunity for our newly formed production and content business, Matchroom Media, who will now be responsible for live production across our events, working in close collaboration with DAZN and enabling us to form a cradle to grave mindset across inception to completion of our shows so we can deliver the live event experience to the viewer in the narrative and style in which we have built it. As we continue Matchroom’s expansion worldwide, this new deal will enable us to further cement DAZN as THE unrivalled global home of boxing. Our aim, alongside DAZN, is to create the biggest and best live fight nights and deliver a viewing experience that is truly game-changing.”

The writing was on the wall for the eventual breakup between Sky Sports and Matchroom, as Matchroom in the past few months been setting up production companies and arms to produce more content in-house. Those who will miss Sky Sports covering boxing will fear not as the deal with DAZN doesn’t include the PPV names already signed on to Sky Sports such as heavyweight champion Anthony Joshua.

What the moves does is more of an impact in the U.K. and Ireland as boxing will shift over to the DAZN app as opposed to over the air cable.

Angelo Leo: I Knew it Was Close, I Was Busier & Landed More Than Alameda

[VIDEO] DEONTAY WILDER SOUNDS OFF ON TYSON FURY GLOVE CONTROVERSY AND "BLOOD" TRILOGY: "I WAS UNDER SOME JUJU"

“Virat’s mind gets tired also…”: Kiran More reveals who could lead Team India after a split in captaincy

Why the phrase «pay driver» should not be used in F1