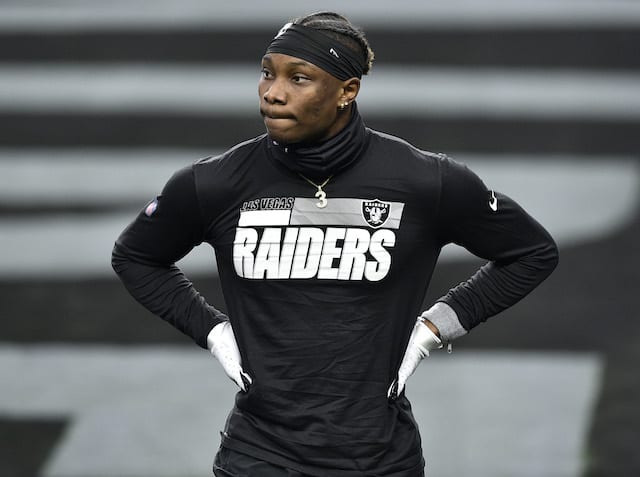 The Las Vegas Raiders are understandably giddy about taking wide receiver Henry Ruggs with the No. 12 overall pick in the 2020 NFL Draft.

This had been one of the deepest receiver drafts in recent history, and the Raiders were in position to add any of their choosing. They ultimately opted to make Ruggs the first wideout taken off the board, thanks to his blazing speed.

Unfortunately, Ruggs failed to fit the billing as he struggled to find his rhythm as a consistent option in the passing game. His underwhelming performance was amplified by some of the stellar years the other rookie pass-catchers like Justin Jefferson, CeeDee Lamb, and Jerry Jeudy were having.

The receiving corps suffered a major blow with the departure of last year’s top option in Nelson Agholor. While Ruggs acknowledged that his first year in the league fell short of expectations, he is looking forward to taking on an increased role within the offense.

Ruggs admits that even though there were frustrating stretches during his rookie year, the main goal is making some strides in his development.

“If you ask me any goals, better than last year. That’s the biggest thing, just improvement and improve everything every year. That’s what I want to do. Last year, last year is in the past. I guess it was probably frustrating at times, but like I said, that’s in the past and we build on it. It’s a fresh start now and we’re going to work to make it better.”

Ruggs did not have the benefit of enjoying a full training camp due to the coronavirus (COVID-19) pandemic. Although the same can be said for other rookie receivers last year, his raw skill set may have suffered the most.

Ruggs finished the season with just 26 catches for 452 yards and two touchdowns in 13 games. Despite a disappointing year, the fact that his two touchdown grabs came during the team’s most exciting wins of the season provides a silver lining in his future as a playmaker.

The Raiders added another speedster in wide receiver John Brown to help complement tight end Darren Waller in the passing game for quarterback Derek Carr. Regardless, it is clear that Ruggs fully expects to establish himself atop the pecking order.

‘It’s huge’: What the Super Rugby Trans-Tasman final means to the Highlanders

If Virat Kohli doesn’t get a century, we think he hasn’t scored at all: Salman Butt

The big Springbok omission set to benefit from a Vermeulen withdrawal

Estoril and Munich preview and predictions