By Allan Fox: Next Tuesday, Deontay Wilder and Tyson Fury will be meeting for the press conference in Los Angeles to announce their rematch on July 24th at the T-Mobile Arena in Las Vegas, Nevada.

We can expect to see a face-off between the two tall heavyweights, who are no strangers to one another having met twice already. The card will be televised on ESPN and FOX pay-per-view on July 24th.

There’s a lot of bad blood on Wilder’s part about what has gone down for both of his fights with Fury.

In the first fight in 2018, Wilder was arguably robbed of a knockout in the 12th when the referee surprisingly gave a count while Fury was unconscious on the canvas. Instead of stopping the fight when it was clear Fury was completely out, the referee gave a count.

When Wilder fought Fury in the rematch last year, there were concerns on Deontay’s part over the loose gloves that the Gypsy King had on.

Also, Wilder wasn’t happy about being continually clubbed to the back of his head with rabbit punches from Fury without the referee enforcing the rules to stop the illegal punches.

Although there was a rematch clause from that fight due to it being a voluntary defense for Wilder, the British heavyweight Fury tried to skip away without honoring it.

That proved to be a mistake, Wilder won his arbitration case, and now Fury is being forced to fight him again. He’s not happy, Anthony Joshua and his promotional team aren’t overjoyed, and, of course, Wilder isn’t pleased that he had to go to the trouble to enforce his rematch clause.

The undercard for the Fury-Wilder III card was revealed today for their July 24th rematch.

Here are the fights on the card thus far:

Top Rank heavyweight prospect Jared Anderson (9-0, 9 KOs) will be putting his unbeaten record on the line against the big 6’6″ unbeaten Russian Vladimir Tereskin (22-0-1, 12 KOs) in the opener on the card. 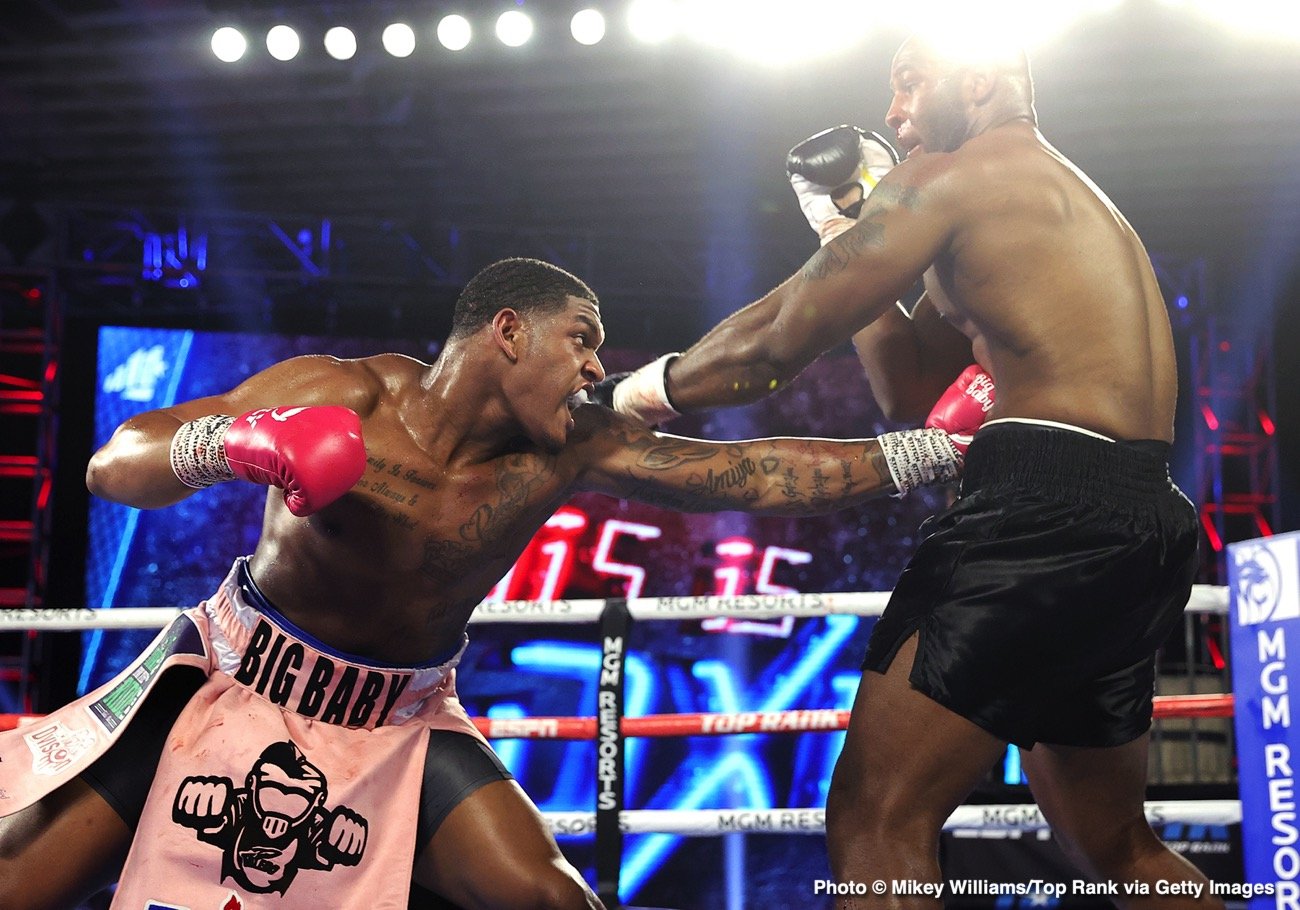 It’s going to be fun to see how well the 21-year-old 6’4″ Anderson looks against his first live opponent. Up until now, Top Rank has been very careful about the kind of opposition that they’ve put in with Anderson. For example, these are Jared’s last five opponents:

We’ll have to see if Anderson deals with the big southpaw Tereskin and comes out of the fight in one piece. Top Rank has likely done their homework to make sure that Tereshin isn’t a threat to Anderson, but you never know.

Golovkin says Canelo “will help me retire from the financial standpoint”

Coady says Southgate came up with unexpected at Euro 2020 meeting

Who has won Olympic medals for golf? See the list here

Vanessa Demopoulos: ‘It’s been nice being a retired stripper’ ahead of third UFC bout

Kyrie Hits Back At Reports of Beef with LeBron, Explains How Cavs Departure Really Went Down

Caleb Plant: “I’ll Beat David Benavidez, I’ll Beat [Jermall] Charlo And I’ll Be Crowned One Of The Greatest Fighters Of This Era”