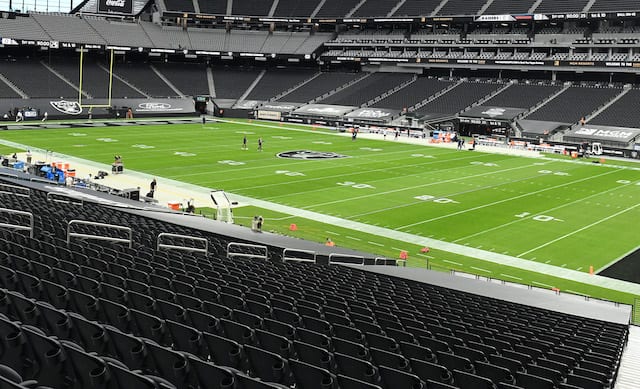 The 2021 NFL season should be fun for the Las Vegas Raiders as the roster looks much improved on paper, and they will also be playing in front of their home fans for the first time.

Allegiant Stadium’s debut was underwhelming as owner Mark Davis opted not to have fans during the 2020 NFL season as the coronavirus (COVID-19) pandemic raged on. However, with fewer cases and more individuals getting vaccinated, states have begun to ease their restrictions which means Nevada is well on track to have all of its establishments open at full capacity.

Las Vegas is surely happy to have Raiders Nation finally in Allegiant Stadium, and according to Mick Akers of Las Vegas Review-Journal, the team is in talks to include the venue as part of the Vegas Loop project:

With the Raiders ready to welcome fans into their new home this year, team officials and the Elon Musk-owned Boring Co. are in talks to link Allegiant Stadium to the resort corridor via the proposed underground Vegas Loop.

The Vegas Loop will be a way to connect several of Las Vegas’ most attractive destinations and would be a convenient way for fans to get to and from Allegiant Stadium:

The Vegas Loop plan includes a dual tunnel system, featuring Tesla model vehicles, running from as far north as downtown Las Vegas, down Las Vegas Boulevard as far south as Mandalay Bay, with stops slated for most major resorts and the convention center. Boring would be responsible for paying for the development of the loop system, while each property would pay for its station.

Early reviews of the project have been positive, and it seems more than likely that the Raiders will agree to have Allegiant as a stop along the loop. The Silver and Black will be a massive reason why people flock to Las Vegas, and it will be interesting to see how they are included in the ambitious transportation project.

Kept myself positive when I was not playing the T20Is: Shikhar Dhawan

How to get your golf equipment ready for the Covid era

[VIDEO] SHAWN PORTER REACTS TO MAYWEATHER VS. LOGAN PAUL; EXPLAINS WHY "IT'S GOOD FOR BOXING"