Things we learned from the Azerbaijan Grand Prix 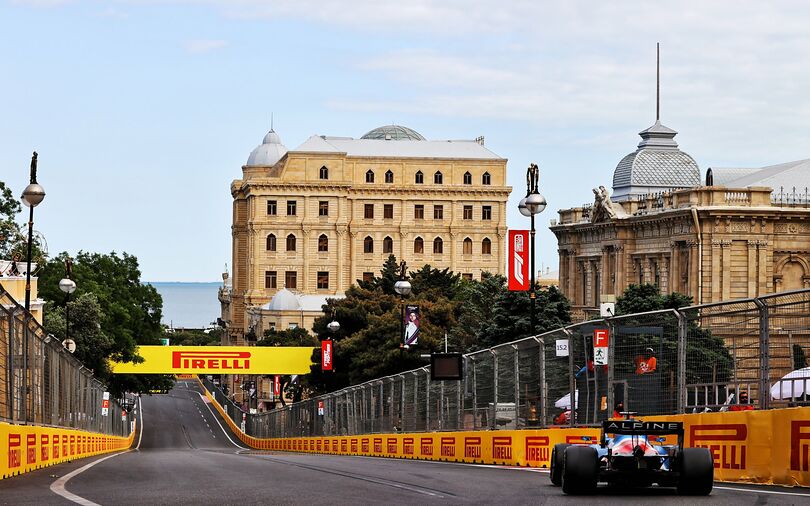 The challenging and daunting Baku Street Circuit did not fail to impress last weekend with delivering a sensational, nail-biting Azerbaijan Grand Prix which saw Red Bull’s Sergio Perez come out on top with Max Verstappen and Lewis Hamilton, the two main protagonists of the championship leaving the track with empty bags. F1Technical’s Balázs Szabó analysis the fifth Baku F1 race.

No repeat winner – The fifth edition of the Baku F1 race saw Sergio Perez clinch his second career victory, meaning that there is still no repeat winner in Azerbaijan. The first race, staged under the name of the European Grand Prix, was won by Mercedes driver Nico Rosberg, followed by the victories of Daniel Ricciardo, Lewis Hamilton and Valtteri Bottas. The race was not held in 2020 due to the pandemic, but the street track welcomed the field again this year with Perez securing his first triumph with his new team.

Tied on wins – Mercedes and Red Bull are now tied in terms of race wins at the Azerbaijan Grand Prix. In fact, the Brackley-based outfit has the upper hand as it won the inaugural race back in 2016 courtesy of Nico Rosberg, but it was then held as the European Grand Prix.

DAS replacement – Last year, Mercedes drivers were able to warm up their front tyres in certain critical situations with the help of the Dual Axis Steering (DAS) system which enabled the drivers to alter the toe of the car while on track by sliding the steering wheel backwards and forwards.

The system was outlawed for 2021, but Mercedes seemingly came up with another trick which was referred to as ‘brake magic’ by Lewis Hamilton when his restart went wrong at Sunday’s Azerbaijan Grand Prix. The system is believed to be a setting which can help heat the brakes by altering, amongst other things, the brake bias settings. With the ‘brake magic’ off, the brake balance was 51.0 per cent while the display showed a brake balance of 86.5 per cent with the system switched on, which explained why Hamilton was unable to turn in after the restart.

From to 🤩 to 😱 in seconds. It’s been an emotional rollercoaster this weekend, Team. pic.twitter.com/NQAAb8rkjJ

The Baku master – This was Perez’s 2nd career win and his 3rd podium in Baku. The Mexican has 11 podium finishes to his name, of which he has scored three at Baku which is more than he has taken at any other circuit.

The important first – Sebastian Vettel recorded his first podium finish since last year’s Turkish Grand Prix and his first for his new team, Aston Martin. It was, however, an even bigger milestone for the Gaydon-based outfit as it scored its first ever F1 podium. The team participated in a total of five races in 1959 and 1960, but it failed to score any points back then.

Long wait – While Red Bull dominated the sport between 2010 and 2013, the energy drink company-owned outfit has failed to really excel in the sport’s hybrid era. The Austrian outfit has, however, raised its performance level for 2021 and was set to clinch a one-two finish at Baku, but Verstappen’s tyre blowout deprived the team of clinching a one-two finish. Still, it was an unusual result for the team as it was the 1st Red Bull win for anyone other than Max Verstappen since Daniel Ricciardo won the 2018 Monaco GP.

Negative record – For Mercedes, the Azerbaijan Grand Prix was another disaster after its dismal results from the previous Monaco race. The team’s 55-race run of points finishes ended on Sunday, tied for the 4th-longest streak all-time. For Lewis Hamilton, the Baku race ended in tears due to his mistake at the restart, which also saw its 54-race scoring streak end.

No point for fastest lap – Verstappen experienced a rollercoaster of emotions in Baku. The 23-year-old and team mate Sergio Perez looked poised to take first and second place for their team, but disaster struck three laps before the chequered flag. The Dutchman’s left rear tire punctured, causing him to hit the wall and forcing him to retire.

Verstappen topped his brilliant performance before his crash with the DHL Fastest Lap. 1:44.481 on hard tires in lap 44 – a time not even any of the drivers with soft tires could beat. Sadly, the Dutchman leaves Baku with zero points, as his tire blowout knocked him out of the Top 10, thus making him ineligible for the extra point.

.@Max33Verstappen and his @redbullracing crew secure their fourth #DHL Fastest Pit Stop of the season. With emotions running high after the #AzerbaijanGP, this at least is one thing to be happy about. #F1 #DHLF1

Fast on and off the track – Red Bull were blindingly fast not only on the track, but they delivered a brilliant performance off the track as well. The Milton Keynes-based outfit performed another speedy tyre change, once again coming in at under 2 seconds and securing their fourth DHL Fastest Pit Stop of the 2021 season.

Unchanged – The battle in the Drivers‘ Championship continued at Baku with Max Verstappen and Lewis Hamilton fighting for vital championship points. With Red Bull having the upper hand at the challenging street circuit, the Dutchman was on course to open up his previous four-point lead to a possible fourteen-point gap, but his late drama prevented him from increasing the margin. Hamilton was then presented with the chance of getting the championship lead back, although the Briton made a crucial mistake at the re-start and left Baku with zero points.

The top of the standings, therefore, is unchanged with Verstappen enjoying a four-point lead over Hamilton. Sergio Perez jumped to the third place, followed by Lando Norris and Charles Leclerc. Bottas finds himself only in P6 thanks to the Imola, Monaco and Baku race where he failed to score any points.

Kimi Räikkönen finished in P10 in Azerbaijan which helped him score his first schampionship point in 2021. This leaves only the two Williams and Haas drivers without a single unit this year.

Ferrari improved to third – With Mercedes failing to add to its point tally at Baku, Red Bull increased its lead to 26 points in the standings. Ferrari finally overtook McLaren with the British outfit slipping back to fourth. The Italian team demonstrated a much better pace at Monaco and Baku, in the last two rounds of the championship, but Charles Leclerc’s misfortunes in the Principality and Carlos Sainz’s mistake last weekend made it more difficult than anticipated for the Scuderia to make the move on McLaren in the Constructors‘ Championship.

Elsewehre, AlphaTauri and Aston Martin scored big points in the last two races, leaving the Alpine F1 team with some homework for the coming events.

Red Bull led by one point after Monaco…

COTA sees potential for something special in surprise prospect of F1 doubleheader : formula1

ONE: No pressure for Pacio as lone Filipino champ

MLB Planning To Reinstitute Pitcher Limit On Active Rosters In 2022

Gerrard ‘proud’ of Arsenal as they hammer Slavia Prague