Giants’ Daniel Jones back at Duke as training continues


If New York Giants quarterback Daniel Jones fails in Year 3, it will not be because of the lack of work he’s put in.

Jones has spent the entirety of his offseason working out and training, often with his offensive teammates, all across the country. He championed private workouts in Arizona and North Carolina, held throwing sessions in New Jersey, and spent countless hours with his teammates out on the town in an effort to bond.

“I’m proud of the way he works every day. This guy comes to work every day and whatever phase he’s in, if he’s in the weight room, getting treatment on field, throwing with his teammates, organizing things outside this building, the guy always has a plan of how he’s going to attack things and proud to watch how he’s worked,” head coach Joe Judge said in May.

“He’s a hard worker. He’s in the building well before anybody else, me and him are,” safety Logan Ryan said of Jones in October. “I believe in him, I have full faith in him. . . He has no problem being a leader, he has no problem working hard. He has no problem putting the time in, I think the Giants have the right guy when it comes to that.”

Daniel Jones at it again. This time back at Duke working out with his old @DukeFOOTBALL friend Jamison Crowder. If it doesn’t work out, certainly won’t be for lack of effort. Dude’s work ethic is off the charts.

Jones must take this offseason training and put it to work on the field this coming season, but that’s a bridge that will be crossed when the time comes. For now, it’s worth marveling at the relentless work ethic Jones has demonstrated this offseason and what it could mean for the Giants’ offense. 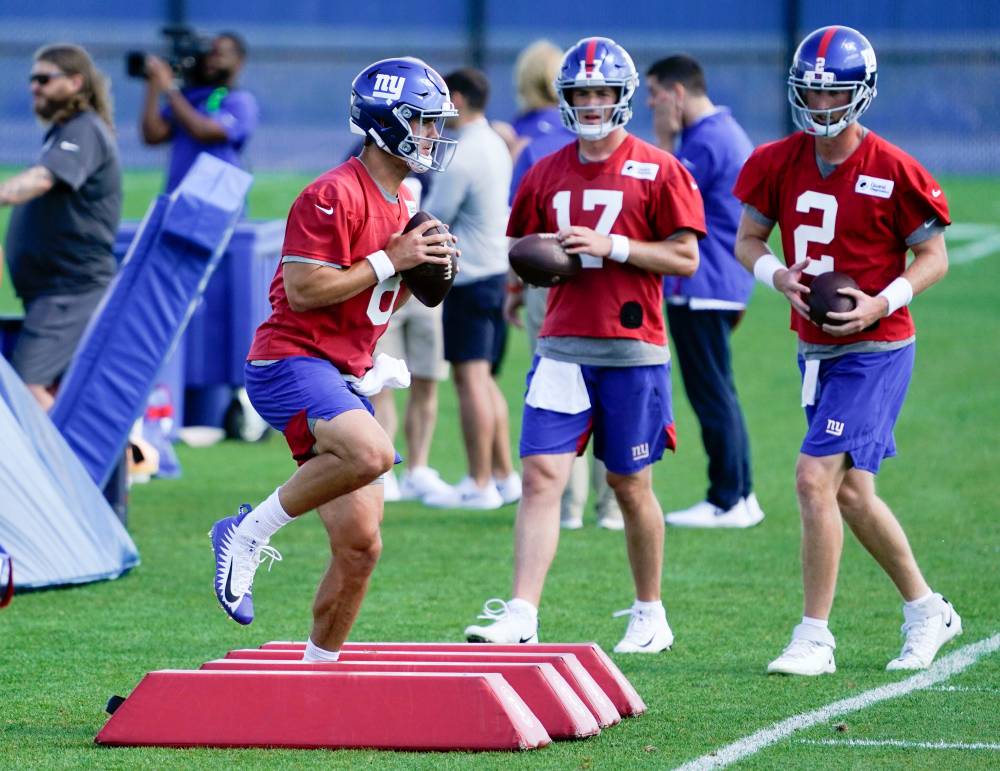 C.J. Stroud, Bryce Young, and Will Levis go in the first nine picks

Tyreek Hill has wild comparison for connection with Tua Tagovailoa

Augusto Sakai eager to end two-fight skid vs. Tai Tuivasa, vows to do shoey with water

3 ways the tournament could lead to total chaos

Press Conference Quotes: Daniel Dubois and Tommy Fury will debut in the US