Gilberto Ramirez is back, Fury-Wilder delay is OK

Gilberto Ramirez turned in the kind of performance against Sullivan Barrera on Friday he needed to jump start his career.

The Mexican had lost the momentum he built as a 168-pound titleholder after moving up to 175, in part because he left promoter Top Rank and tried unsuccessfully to make it on his own during the COVID-19 pandemic.

A fourth-round knockout of the veteran Barrera didn’t instantaneously lift him back to the top of the heap but it certainly was a significant step in the right direction under the banner of a new promoter, Golden Boy.

Barrera (22-4, 14 KOs) is 39 and was 1-2 in his previous three fights but he was a known quantity that would serve nicely as a stepping stone to bigger and better things, which is precisely how Ramirez used him.

Ramirez (42-0, 28 KOs) put Barrera down three times in three-plus rounds, the first two times by vicious left hooks to the body that hurt the Cuban badly. He went down once more in Round 4, at which point he couldn’t continue.

Ramirez’s new handlers couldn’t have scripted it better: sensational knockout in the featured fight on a slow boxing weekend, meaning he received considerable attention before and after.

With adrenaline still flowing, Ramirez said afterward that he would like to face the big boys at 175 – titleholders Dmitry Bivol, Artur Beterbiev and Joe Smith Jr. He seems to be focused primarily on Bivol, which makes sense because they both fight on DAZN.

Plus, Beterbiev and Smith, Top Rank fighters aligned with ESPN, seem to be headed toward a title-unification showdown.

Is Ramirez ready for the kind for challenge Bivol will present? I would favor the champion. This much is certain, though: He’s in a better position after his victory over Barrera to get the fight he needs to prove me and other doubters wrong. 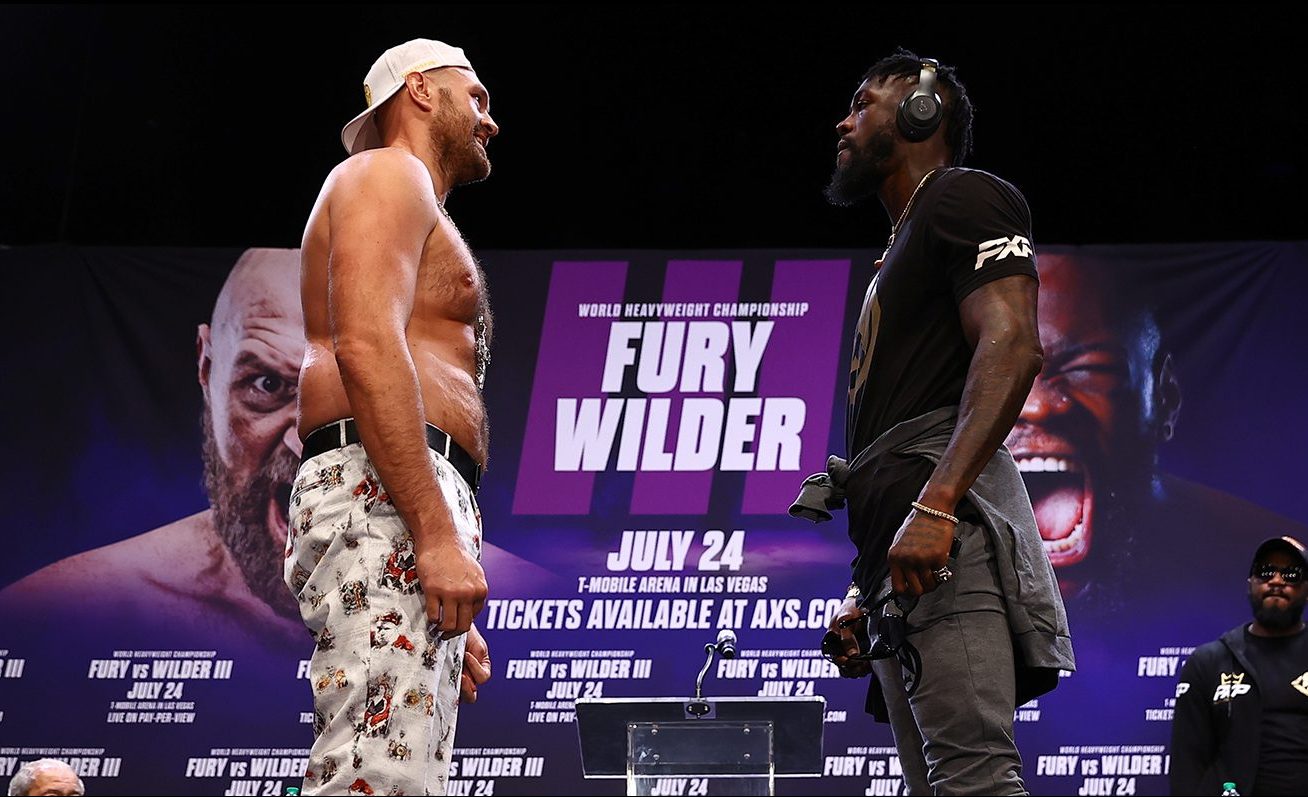 The postponement of Tyson Fury-Deontay Wilder III is bad … but not the end of the world.

The fight, scheduled for July 24 in Las Vegas, was pushed back after Fury and members of his team tested positive for COVID-19. Frank Warren, Fury’s co-promoter, said organizers are targeting a date in October.

Those who are angry with Fury should take a deep breath. I’ll go out on a limb and suggest that he didn’t want to contract the virus, which has afflicted many other fighters.

Fury reportedly received only one of the two Pfizer vaccinations, which irked Wilder’s camp. However, if I understand it correctly, fighters are required to be tested, not vaccinated. I don’t know why he’d take only one of two shots – sounds foolish to me – but he didn’t break any rules.

And, according to Warren, Fury is as frustrated as Wilder and the fans are.

“Really frustrating for Tyson,” he said. “By the time he gets into the ring, he will have been out for nearly 20 months. That’s a long, long time.”

A few more months isn’t a long, long time in relation to a pandemic that has persisted for about a year and a half. Fury and Wilder presumably will find a date and site that suits both of them and have their fight, with the winner hopefully facing the Sept. 25 Anthony Joshua-Oleksandr Usyk victor for the undisputed heavyweight championship.

One more thing: An October date aligns better with Sept. 25, meaning the winners of those fights will be on a more similar timetable. Fury vs. Joshua early next year? 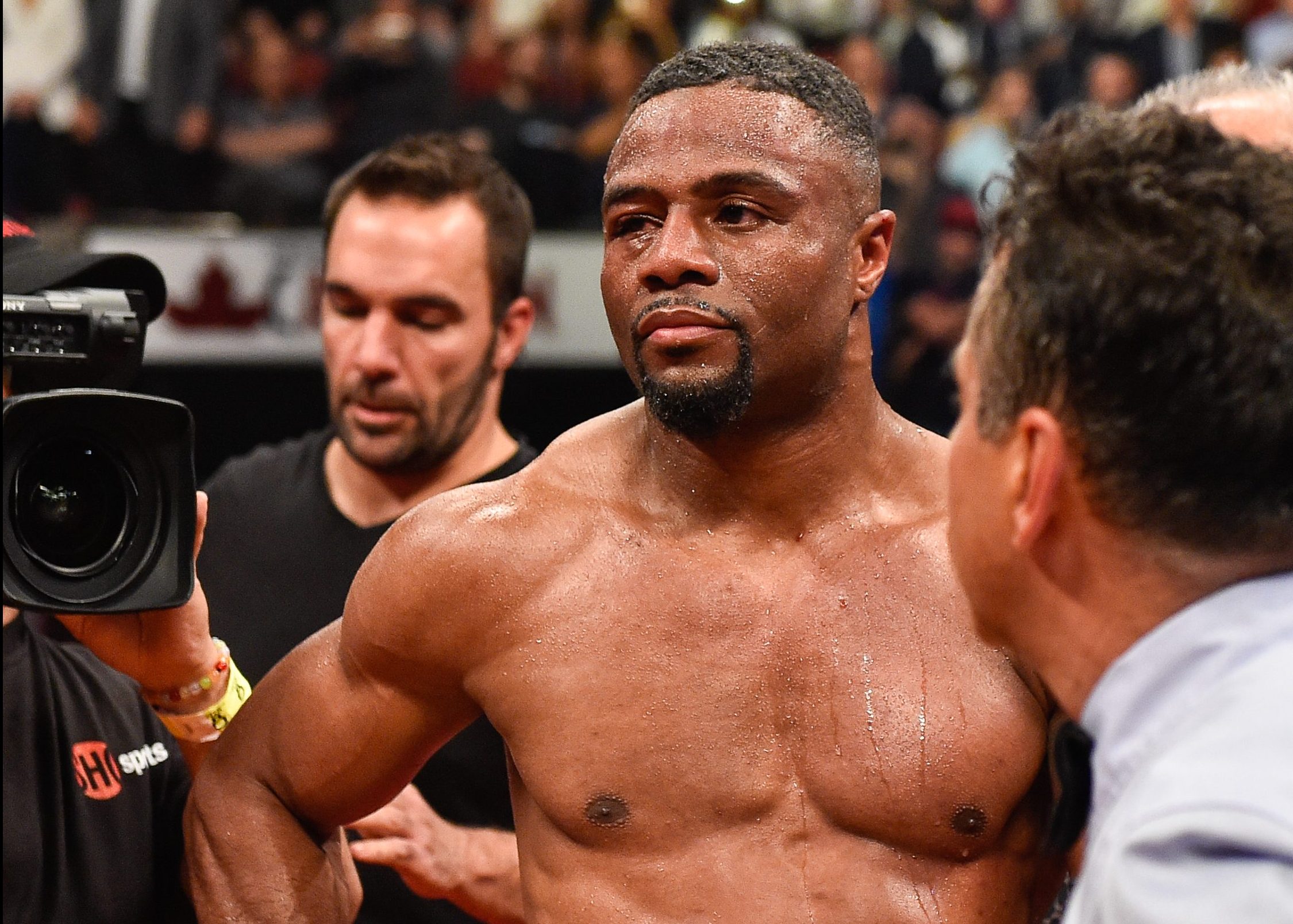 News item: The WBA has stripped Jean Pascal of his “regular” 175-pound title and suspended him for six months after he tested positive for several banned drugs before his scheduled rematch with Badou Jack.

I get why boxers are tempted to cheat. A victory in a big fight can lead to even bigger money. Pascal is 38. He doesn’t have many more paydays in his future. Had he fought and beaten Jack, he would’ve been in position for one of the biggest paydays of his career.

Of course, I don’t know what was in Pascal’s head. I’m only saying their was in incentive.

That’s the upside. Here’s the downside. One, you can get busted, as Pascal did. He lost one payday and his future is murky. I wouldn’t want to do business with him going forward. And, two, it’s immoral.

I really don’t want to play the moralist but this isn’t baseball, in which a juiced batter might hit more home runs than he’d hit otherwise. This boxing, in which participants put their lives on the line every time they step through the ropes.

When a fighter intentionally tries to gain an advantage over his opponent, he or she is tampering with that opponent’s very well being. The sport is dangerous enough without such advantages.

Bottom line: Pascal deserves to pay a price for his actions. And we can only hope that others will learn from his mistakes.

Joseph Diaz Jr.’s unanimous-decision victory over Javier Fortuna (36-3-1, 25 KOs) on the Ramirez-Barrera card might have been as significant as the one over Tevin Farmer that earned him a 130-pound title. Diaz (32-1-1, 15 KOs) lost his belt on the scale in his previous fight, a draw with Shavkatdzhon Rakhimov. He then took a gamble by filling in for Ryan Garcia as the opponent for Fortuna, a dangerous boxer-puncher. A loss would’ve been a significant setback, a victory a giant step forward. In the end, he was up to the task. I thought the fight was closer than the judges did but Diaz landed the cleaner, harder shots, which evidently was reflected on the cards. He’s now a player in a deep 135-pound division, which is exactly what he wanted. … William Zepeda (23-0, 21 KOs) could be the next star out of Mexico. The indefatigable punching machine overwhelmed previously unbeaten Hector Tanajara Jr. (19-1, 5 KOs) on the Ramirez-Barrera card, forcing Tanajara’s corner to stop the lightweight fight after six rounds. I don’t think he has one-punch knockout power but his volume punching will make the life anyone difficult. It will take a superb boxer or big puncher to slow the 25-year-old down. … Speaking of boxing machines, Seniesa Estrada (21-0, 8 KOs) demonstrated again that she’s an excellent, efficient boxer by handily outpointing the naturally bigger Tenkai Tsunami (28-13-1, 16 KOS) to take the Japanese fighter’s WBO junior flyweight title. Estrada could be headed toward a rematch with Marlen Esparza, whom she defeated by a technical decision after Esparza suffered a gruesome cut.

Gary Russell Jr. to return to ring against Mark Magsayo

Gary Russell Jr. takes on Mark Magsayo while hoping for bigger fights down the road

You would like more runs from Ajinkya Rahane: Indian coach Rahul Dravid

Frankie Edgar Is Unsure Of His Future Inside The Octagon