Barcelona forward Antoine Griezmann has ‘chosen’ his next club amid renewed interest from Man Utd and Chelsea, per a report.

The Frenchman, 30, has struggled to deliver on the lofty expectations set after his blockbuster move from Atletico Madrid in 2019. His most recent campaign saw a mini resurgence with 20 goals notched across all competitions, though even that figure was below each season-ending total he racked up under Diego Simeone.

With Barcelona in dire financial straits, Griezmann is one saleable asset that could significantly aid their cause.

He has been persistently linked with Man City over recent months, while the Express put Man Utd and Chelsea in the frame.

But per their article (citing Spanish outlet Sport), Griezmann would prefer a return to former club Atletico instead.

However, getting such a move has been deemed near-impossible for two reasons.

Firstly, Barcelona are said to be ‘unwilling’ to negotiate with Atletico and potentially strengthen their rivals with the sale of Griezmann. 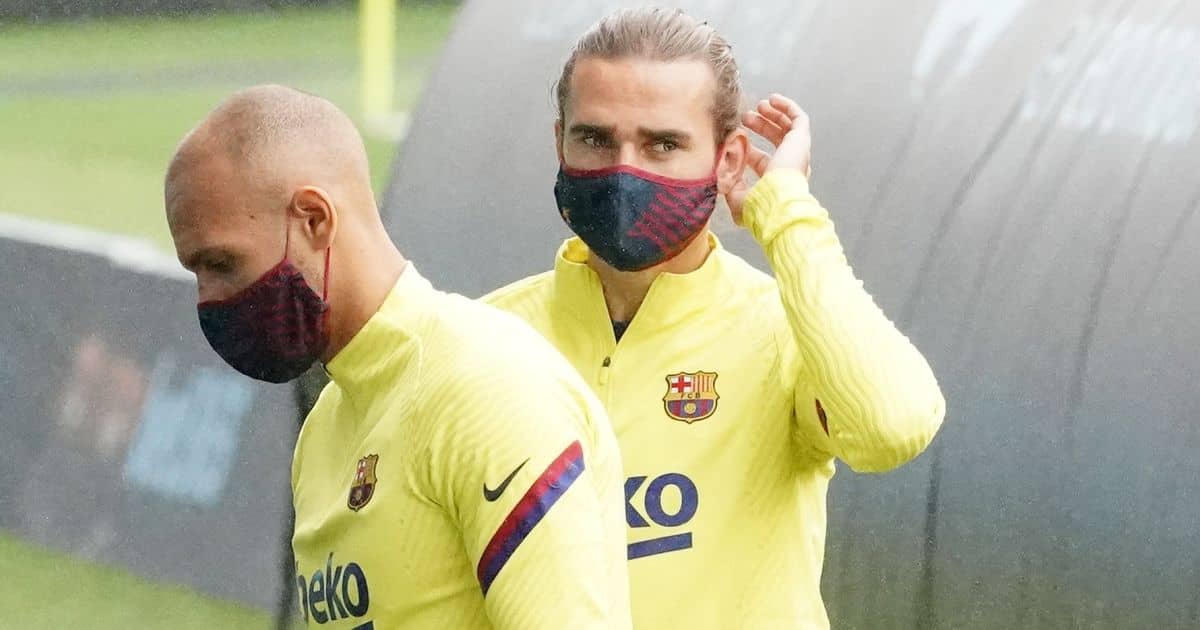 Another factor behind their reluctance to do business with Simeone’s side regards Luis Suarez.

The ex-Liverpool favourite left for Madrid last year and became an immediate hit at the Wanda Metropolitano. His 21 La Liga strikes ultimately proved pivotal in the title race and many believe the signing of Sergio Aguero is an admission they were wrong to allow Suarez to leave.

Speculation of a swap deal involving Saul Niguez is understood to be wide of the mark. Combined, that all paints a bleak picture for Griezmann’s prospects of returning to Atletico.

As such, Man Utd and Chelsea could be the forward’s only realistic options if a move to Atletico is deemed unworkable and Barcelona acquiesce to his exit.

Indeed, a second Sport report (via Sport Witness) reveals Chelsea have been the most ‘active’ in recent days.

A loan deal is touted as a possibility, but they would need to pay 100 percent of his wages.

Meanwhile, Chelsea are trying to outdo Tottenham Hotspur in the race to sign Jules Kounde from Sevilla, according to reports in Spain, while Manchester United still possess an interest.

Sevilla will not let the 22-year-old go cheaply and could demand his €80m release clause be paid in full. But he remains on the agenda for several Premier League sides, including Tottenham.

Recent reports suggested that his asking price may have dropped to around €60m. As such, Tottenham remained unperturbed in their pursuit. Their only obstacle would be convincing Kounde – who has Champions League football on offer at Sevilla – of their competitiveness.

That may become more of a problem if other suitors enter the race for the centre-back. Indeed, Manchester United still have him in mind despite compatriot Raphael Varane being their top target. Furthermore, Chelsea are showing an interest.

According to El Desmarque, the Blues are trying to usurp Tottenham in the battle for Kounde’s signature. There is also competition from within La Liga, where Real Madrid are the only option.

Who’s got next in Women’s Tennis after Wimbledon?

The NRL’s salt of the earth

Roman Reigns takes jabs at CM Punk, thinks he has lost a step or two in the ring