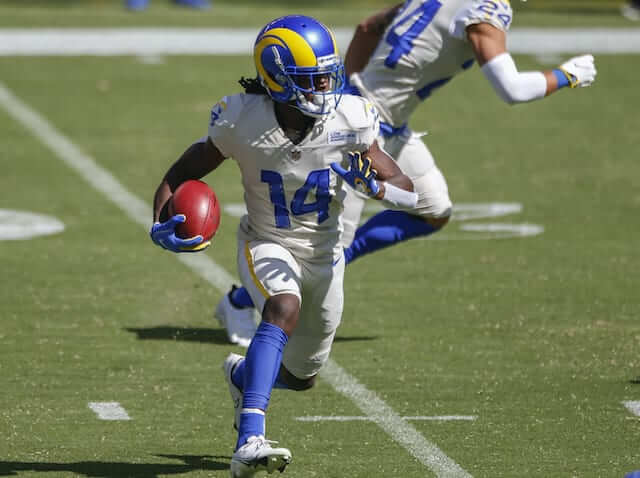 The Los Angeles Rams announced that they waived wide receiver and return man Nsimba Webster just before the start of training camp.

This move comes on the heels of the Rams announcing that running back Cam Akers suffered a torn Achilles, which will end his 2021 season. It’s unclear if waiving Webster was to open up a roster spot to bring in another running back or if this was something the Rams were planning to do all along after the returner had a subpar 2020 season.

Webster played in two seasons for the Rams and in 2020 averaged 7.4 yards on punt returns and 21.7 yards on kick returns. He also fumbled three times, losing two of them.

Sean McVay has talked all offseason about needing to be more dynamic in the return game and after bringing in a pair of speedsters in DeSean Jackson and Tutu Atwell, the writing was on the wall for Webster.

Atwell was the Rams’ first pick in the 2021 NFL Draft out of Lousiville in the second round. While McVay is not yet to commit to Atwell as his primary returner, the rookie has already expressed confidence that he’s the right man for the job.

Now that the Rams will be without their starting running back, McVay will have to get creative in both the return game and offensively.

Webster will now have the chance to be cleared by another team on waivers and if that does not happen then he will become a free agent, able to sign with a team of his choosing.